Back in November 2017, HEXUS reported upon Broadcom's $130bn offer for Qualcomm. It hit the headlines as, if it was to go ahead, it would have been the biggest tech deal ever. However, the attention wasn't welcomed by Qualcomm's board and over the intervening time between then and now, Broadcom has been convincing Qualcomm shareholders that it would manage the company better and give a better return. This type of takeover, not welcomed by the board members but given the go ahead by shareholders is a 'hostile takeover'. Another concern, from a broader industry perspective, is that a united Broadcom Qualcomm entity could control approx 65 per cent of the bill-of-materials that goes into smartphone handsets.

A few hours ago US President Donald Trump stepped in to kill off any deal between Broadcom and Qualcomm. Bloomberg technology reporter Ian King said the move by Trump was "very sudden" and that he felt that there hasn't been "a very deep or long running investigation" at the White House. Summing up, the deal is "stone dead".

What is behind this very direct action by the US President? Bloomberg reports that "Any deal that could give China an edge in critical technology will be swatted down in the name of national security." It must be pointed out that while Broadcom is a Singapore-based company, its ties to China must have been deemed as being too close. Also, something seems to have changed in the recent political climate, as Broadcom Chief Executive Office Hock Tan met with Trump at the White House in November and announced that Broadcom was to move its headquarters from Singapore to the US.

In a statement published by the White House, Trump's official reasoning is as follows:

Section 1. Findings. (a) There is credible evidence that leads me to believe that Broadcom Limited, a limited company organized under the laws of Singapore (Broadcom), along with its partners, subsidiaries, or affiliates, including Broadcom Corporation, a California corporation, and Broadcom Cayman L.P., a Cayman Islands limited partnership, and their partners, subsidiaries, or affiliates (together, the Purchaser), through exercising control of Qualcomm Incorporated (Qualcomm), a Delaware corporation, might take action that threatens to impair the national security of the United States; and

(b) Provisions of law, other than section 721 and the International Emergency Economic Powers Act (50 U.S.C. 1701 et seq.), do not, in my judgment, provide adequate and appropriate authority for me to protect the national security in this matter.

Later, in part (e) the US government ordered that "The Purchaser and Qualcomm shall immediately and permanently abandon the proposed takeover." 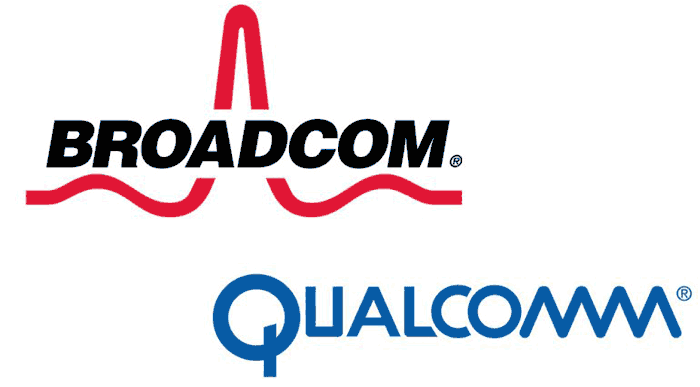 Another fear of the US government is that Broadcom would not push ahead with Qualcomm's 5G R&D plans, leaving China's Huawei technologies to dominate communications tech and equipment used in the world's next-gen tech devices.

Bloomberg notes that this takeover deal block is Trump's second in six months, whereas Obama only blocked two such deals during the whole of his two term presidency. The action takes place in the wake of heavy tariffs being erected in the US on products like steel and aluminium.

Nifl
Correct decision by Trump. Capitalism needs limits and even he understands that. Also he wouldn't have profited from this deal, which is another good reason to him :D

why? wouldn't another monopoly be good? the less competition the better.

(not serious)
Posted by nobodyspecial - Wed 14 Mar 2018 14:08
Nice work Trump. The chinese have a bunch of traitors in our companies already, no point in inviting more into our tech (what little they don't steal that is…can't we find better security people?). For example, Micron bought a S. Korean company and they had traitors there who stole Micron tech and gave it to china. Fortunately they didn't have access to the latest designs and ended up stealing tech that is a few years behind what is going on it Boise Idaho etc otherwise China would be mass producing FREE R&D memory courtesy of Micron shareholders (I'm one of them…YIKES)/engineers. I really hope Trump just stops all trade with China. That would save us ~350B a year in trade losses (they tariff us 25-50% on stuff while we tariff them 2.5% etc, ridiculously stupid politicians giving away USA wealth), and we just create new jobs and make is in USA instead!

It's comic people are whining about a beer can (aluminum tariff) when the can is what like 10 cents of a 50c can of beer? So people are whining about 10% of a 10cent can! For crying out loud that is a PENNY price hike! I would gladly pay 5 pennies on that can if it meant american's got that job (or brits, etc!) instead of giving up 350B to china, plus they steal 300-600B more in tech each year. Good grief, at some point we need to FIGHT BACK! Tariffs are a great way to do that. We need to tariff Canada and Mexico along with the EU also! We have the same stories with them. Giving them free cash this way cost us 70,000 factories in the last 3 decades and sent our labor participation rate into the toilet. White men in USA are the highest suicide rates these days due to losing jobs and just giving up. Quit listening to the globalists TRUMP! FAIR TRADE ONLY! IF you have a tariff of 25% on a car (tesla for example) going into Japan, we should charge a 25% tariff on EVERY STINKING CAR coming from Japan! PERIOD!

Trump was right when he said trade wars are EASY to win. Just tell them ALL to drop any tariff on USA products (and we won't tariff your's coming to USA), OR we'll simply tariff ALL of your crap EXACTLY like you tariff ours. That is FAIR TRADE. Right now we have rip-off trade. I'd rather have NO TRADE than give away a trillion a year as we are nearing bankrupting the dollar at 25 trillion (already nearly 22). IN another 3yrs we'll be looking at giving 10c on the dollar and completely losing the DOLLAR if we don't stop giving away money. That is the whole point of BREXIT too! KEEP your money brits! Quit giving it to EU/Germany so they can buy more stupid solar panels on YOUR DIME! Tell globalists to go fly a kite!

It might have been a semi-decent idea ages ago to help OTHER economies grow, but place like Japan, Canada, Mexico etc don't need our help now, so match EVERY tariff with an EQUAL tariff and call it a day. Anyone who doesn't want to trade with USA can lose their jobs to USA then instead of the other way around now. We have millions of Americans who need those jobs back. Clinton inviting China into WTO was one of the dumbest political moves in the last 100 years (toss on Nafta, etc too, all bad for USA). He (and bush) really screwed us over. Don't even get me started on Obama's damage to the USA. He spent as much money as ALL PREVIOUS PRESIDENTS COMBINED! A terrorist was in the white house trying to destroy USA and he is still trying to do it from down the road from the white house…Jeez. I hope trump gets him in jail for spying on him…LOL. We're getting closer, but something tells me Sessions is DEEP STATE and has been since day one. He's a plant to make sure trump never gets any of them in jail. Strok/paige/comey/lynch/holder/rosenstein/mueller/clinton/mccabe/orr (+his wife, and even more the list of corrupt people is long) all colluded with russia for the dossier and sold 20% of our uranium to an ENEMY! We wouldn't sell them ketchup, wth did we give them 20% of a resource we have to buy back from them 10 seconds later at inflated prices for? Oh, right, they donated 145mil to Clinton foundation (wait that's a Felony right? Colluding with russians? Isn't that what they're trying to pin on trump?). The FBI and Clinton paid people (Steele/Fusion GPS) who paid russians to get dirt on trump (again, colluding with russia, but this time to subvert an election!). The server she had let out all our secrets, sources etc. Again a felony. Deleting 30,000+ emails (OUR PROPERTY, citizens own all that stuff), again a felony! But Jeff Sessions is blocking all info. Nunez not exactly on trumps side either. He just concluded the Russia probe saying neither side colluded with Russia. What the heck? How many felonies does Clinton/FBI have to commit before we call it what it is? The deep state has a very DEEP bench! I digress…