Broadcom has made an offer to buy Qualcomm which, if it goes through, would be the biggest ever tech deal. Yesterday Broadcom announced that it had put a deal worth $130bn on the table. It offered $60.00 in cash and $10.00 per share in Broadcom shares for Qualcomm shares. That $60 was a 28 per cent premium over the closing price of Qualcomm common stock on 2nd November (ahead of media speculation about this deal). Broadcom described its offer as “compelling for stockholders and stakeholders in both companies”.

At the time of writing it isn’t clear whether Qualcomm will engage with Broadcom in talks about the proposal or fight against the suggested takeover. In a short statement regarding the Broadcom offer, Qualcomm simply said that it would “assess the proposal in order to pursue the course of action that is in the best interests of Qualcomm shareholders.” Qualcomm won’t comment further until after that assessment.

Interestingly Broadcom indicated that it would maintain its offer, regardless of the outcome of Qualcomm's ongoing efforts to acquire NXP Semiconductors, a major player in global automotive semiconductors. Qualcomm made a $38bn bid for Dutch company NXP last month. 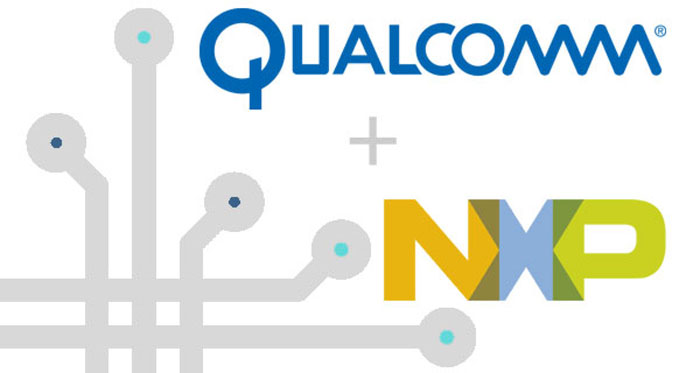 Bloomberg reports on some chitter-chatter from behind the scenes. It says that Qualcomm isn’t that likely to accept this first offer from Broadcom. The argument might be that currently Qualcomm shares are undervalued, due in part to the nasty legal battle with Apple. However, if there is such push-back, Broadcom is expected to “forge ahead with a direct appeal to Qualcomm shareholders,” in a proxy battle for control of the company.

Even if both companies agree on a deal there could be some regulatory issues to face. A semiconductor industry analyst speaking to Bloomberg highlighted that the resulting chip ‘behemoth’ would control approx 65 per cent of the bill-of-materials that goes into smartphone handsets. Regulators would worry about such a controlling influence; which may bundle with pricing to keep competitors out, or alternatively increase prices due to having such a strong grip on the components market.

Kumagoro
You would think it would be the other way around.

It's never about who has the actual money though, it's about who can borrow it.

Doesn't sounds great for competition though.
Posted by watercooled - Mon 13 Nov 2017 18:41
Yeah Qualcomm and Broadcom merging is a pretty grim thought. It's not just in the modem + mobile SoC space (where Broadcom has largely left); they're two of the biggest competitors in many other areas, particularly radios e.g. WiFi, Bluetooth, etc. In terms of products, both companies have their pros and cons e.g. in the home router market, I've found Broadcom's SoCs to be far more power hungry than their Qualcomm counterparts, often to silly levels for devices left on 24/7.

You would hope a merger would result in the best of both combined, but with a huge loss of competitive pressure…

Given Intel compete in many of these markets (and are still scrambling to gain market share in some), I don't imagine they're too impressed by the thought of two of their heavyweight competitors merging!