Word on the grapevine is that Intel's next-generation Alder Lake processors could represent a return to form for the stumbling chip giant. There's hope on the horizon, yet in the interim Intel needs to do whatever it can to stay competitive with AMD's fruitful Ryzen CPUs.

That essentially sums up the latest 11th Gen Core range, codenamed Rocket Lake and introduced last month to a lukewarm reception. Scraping the 14nm barrel in theory for one last time, the new line-up doesn't set the heart racing, but given the building blocks that Intel has had to work with, a selection of refreshed mid-range parts do offer a decent alternative to the latest Ryzens. 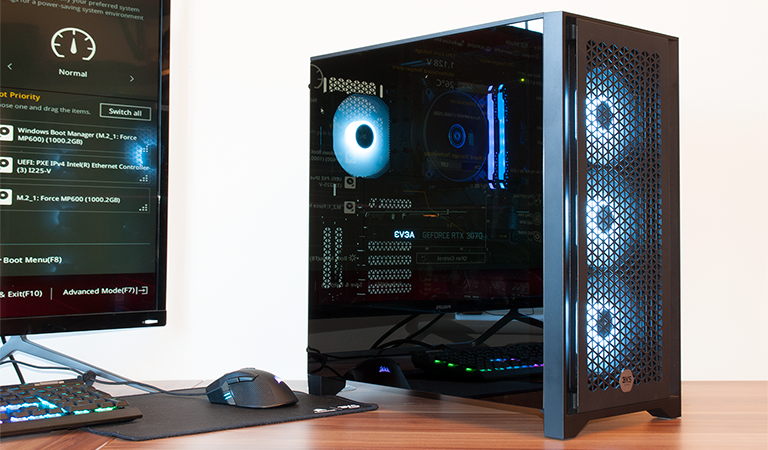 System integrators appear to agree with that assessment, as nobody has yet shown any eagerness to send in a base unit outfitted with the top-of-the-range Core i9-11900K. Cyberpower opted to dial it down to the Core i7-11700K for the Infinity X117 GT, and Scan Computers has taken an even more modest approach with its 3XS Gamer iCue RTX, which favours the mid-range Core i5-11600K.

The choice of chip allows the Scan PC to come in at £1,600 - exactly the sort of price point 11th Gen base units ought to be aiming for - and the UK system integrator uses its experience and know-how to assemble a logical supporting cast. Intel's six-core, 12-thread chip is installed upon an Asus ROG Strix B560-F Gaming WiFi motherboard, along with 16GB (2x8GB) of Corsair Vengeance RGB Pro DDR4-3200 memory and a 1TB Corsair MP600 PCIe 4.0 M.2 SSD.

Said drive makes the most of the B560 chipset, and with a 1TB capacity there's enough room for a decent-sized game library; Scan doesn't even feel the need to include a token hard disk, which suits us just fine. Handily, the motherboard also supports baked-in Intel 2.5Gb Ethernet as well as Wi-Fi 6, and connectivity is further bolstered by nine USB ports on the rear I/O panel (one Type-C) and both Type-A and Type-C on the top of the tidy-looking Corsair 4000D Airflow chassis. 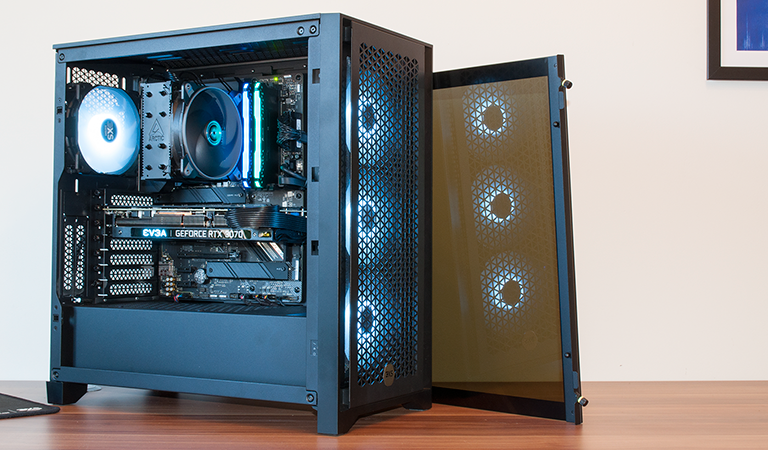 It is no surprise to find this particular mid-tower Corsair enclosure proving popular among system builders - it looks clean and offers all the essentials for under £80 - and Scan spruces it up further by replacing the two standard case fans with four Corsair SP120 RGBs; three as front intakes, one as a rear exhaust. The end result conforms to our idea of elegant chassis illumination - there's just enough light to offer a bit of interest, without looking gaudy.

This is a sleek and stylish PC and high-quality, high-resolution gaming credentials are enabled through an EVGA GeForce RTX 3070 XC3 Ultra Gaming 8GB graphics card. It is a sign of the times that neither GPU nor CPU is overclocked as standard, however Scan does leave Asus multi-core enhancement enabled in CPU BIOS and we're intrigued to see how the entry-level Arctic Freezer 34 eSports Grey cooler copes with the demands of the 125W Intel processor.

Rounding out the build is a Corsair TX650M power supply, but you might be reading all this thinking "what's the point if stock restraints are such that you can't actually buy the system?" Well, we've good news on that front as Scan tells us it has "secured sufficient stock to build at least 20 units" of the reviewed £1,600 specification. Promising and welcome news for those who have been put off upgrading due to a lack of availability. 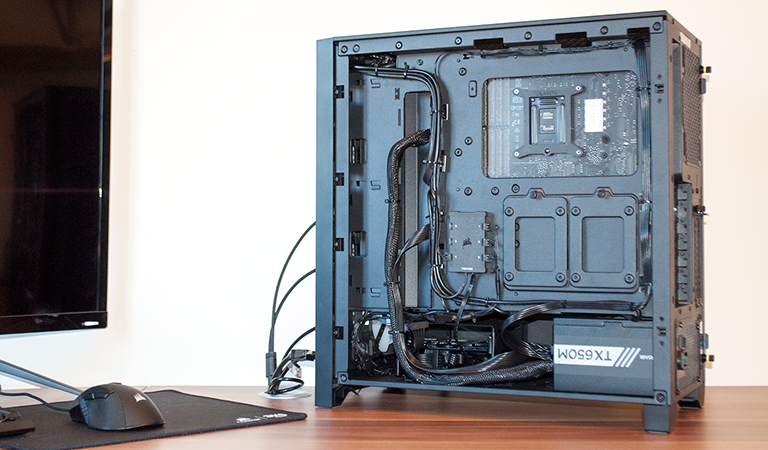 Scan's implementation tends to be tidy throughout - there's no bloatware atop the 64-bit install of Windows 10 Home while cable management is decent at this price point - and the standard three-year warranty trumps most rivals by offering parts and labour cover for the entire duration, as well as an initial year of onsite repairs.

So far so good, but in the interests of full disclosure it is worth pointing out that Scan had to send out a second review system after the first suffered from an unstable BIOS. Such issues have proven all too common among fledgling 11th Gen boards, but we're pleased to find that the replacement rig, with BIOS v0811, has been rock solid throughout our testing. On that note, on to the benchmarks.