Intel's manufacturing woes have been well documented, but such struggles have done little to dampen enthusiasm among industry partners. Some of the best laptops to pass through HEXUS HQ in recent months have been outfitted with an Intel Core processor at the helm, and though AMD Ryzen has proven to be an excellent competitor, a new Intel release still triggers a flurry of system integrator activity.

This week's arrival of desktop 11th Gen Core CPUs has led to the phone ringing off the hook, with practically every major UK PC builder eager to send in a system for evaluation. They're coming thick and fast, and first through the revolving door is Cyberpower's Infinity X117 GT. 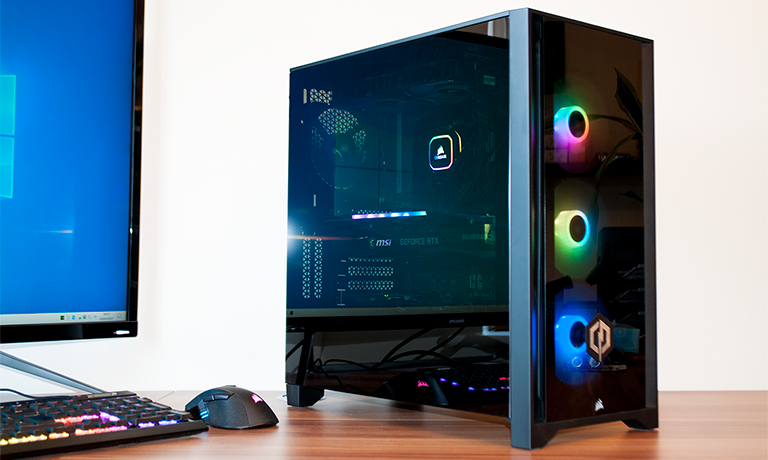 Priced at £2,300, this mid-tower gaming PC arrives with a solemn promise that's reflective of the times; you ought to be able to buy one without having to wait months. Cyberpower assures us it has equipped said rig with parts that are 'in positive stock,' and barring a huge influx of orders, we're told there's reasonable volume available to ship in the coming weeks.

That's music to an enthusiast's ears, and the Infinity X117 GT spec sheet strikes a lot of the right tones, too. Seeming to agree with our less-than-impressed verdict of premium Core i9, Cyberpower opts for a more sensible Core i7-11700K processor beneath a Corsair H100i RGB Pro XT liquid cooler. Intel's 125W eight-core, 16-thread CPU is stock-clocked at up to 5GHz and is paired to 16GB (2x8GB) of Corsair Vengeance DDR4-3600 memory atop an MSI Z590-A Pro motherboard. We like the fact that the MSI board includes 2.5GbE connectivity as standard, and wireless is taken care of by an Intel AX200 Wi-Fi 6 adapter. 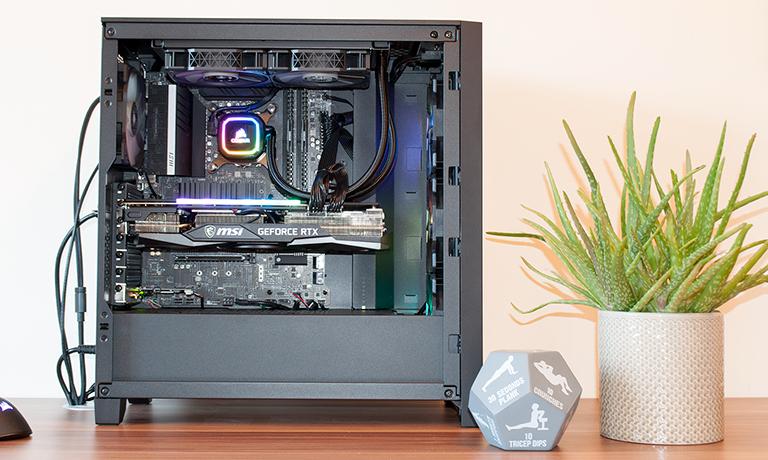 High-end graphics are provided by an 8GB MSI GeForce RTX 3070 Gaming X Trio, while super-fast storage takes the form of a 1TB WD Black SN850 M.2 SSD that will make the most of the CPU's PCIe 4.0 compatibility. A 750W Corsair TX750M keeps everything fed, and in keeping with a large number of SIs, a modern Corsair chassis is the enclosure of choice. The iCue 4000X RGB on show here is a safe mid-tower solution that's reasonably compact, stylish in appearance, and outfitted with front USB-C. Oh, and in case you were wondering, that's a total of 10 fans including PSU.

Would-be buyers wanting to mix things up will find a dizzying array of options on the Cyberpower configurator, yet despite the assurance over stock levels, it is interesting to note that the estimated ship date is listed as April 21; a dozen working days from the time of writing. Not a prolonged wait in the grand scheme of things, just don't expect next-day delivery, and note that while the standard five-year warranty sounds very reassuring, it is limited to two-year parts cover and six months collect-and-return; only labour is included for the entire duration. 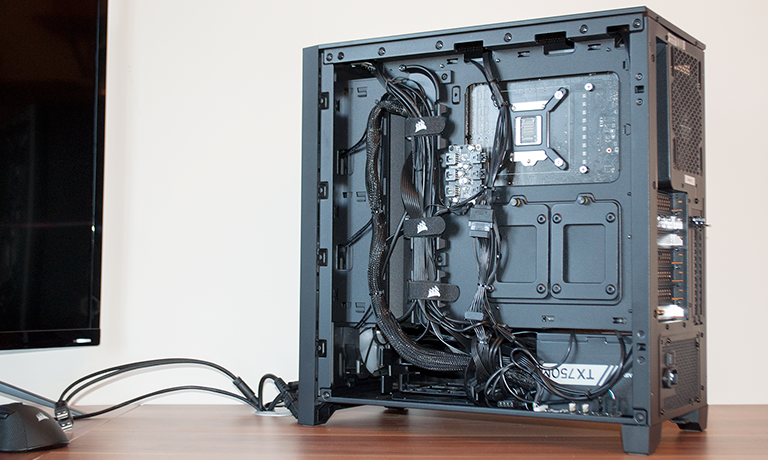 A clean 64-bit install of Windows 10 Home resides on the SSD, and though presentation in the chassis' main cavern is neat and tidy, rear cable management could be better. There's also scope for further refinement with regards to noise levels. Surprised by the fact that the system is clearly audible at all times, we ventured into BIOS and found the rear DC exhaust fan incorrectly configured as PWM, resulting in unnecessarily high speeds. Easily fixed, and we imagine this to be a one-off quirk that won't be present on shipping units.

Last but not least, how competitive is the turnkey price? Well, on the rather large assumption that you could go out and buy all the aforementioned components, we reckon the total build cost, including Windows 10, would come in close to the £2,000 mark. That would intimate a somewhat hefty 10-15 per cent markup for Cyberpower to build the system and provide warranty cover. Then again, in today's climate, who's to say you could find a GeForce RTX 3070 anywhere close to MSRP? Enough conjecture, let's move on the benchmarks.