It's decision time for gamers as next-generation hardware is officially upon us. Microsoft's Xbox Series S/X and Sony's PlayStation 5 are all up for pre-order, AMD's preparing to unveil its Radeon RX 6000 Series, and Nvidia has fired the first shot with its impressively fast GeForce RTX 3080.

PC vendors and system integrators will be hoping the performance uplift of the Ampere architecture is enough to convince users that now is as good a time as any to consider a new rig, and Scan Computers is putting out a taster in the form of an RTX 3080 base unit dubbed simply the 3XS Vengeance RTX. 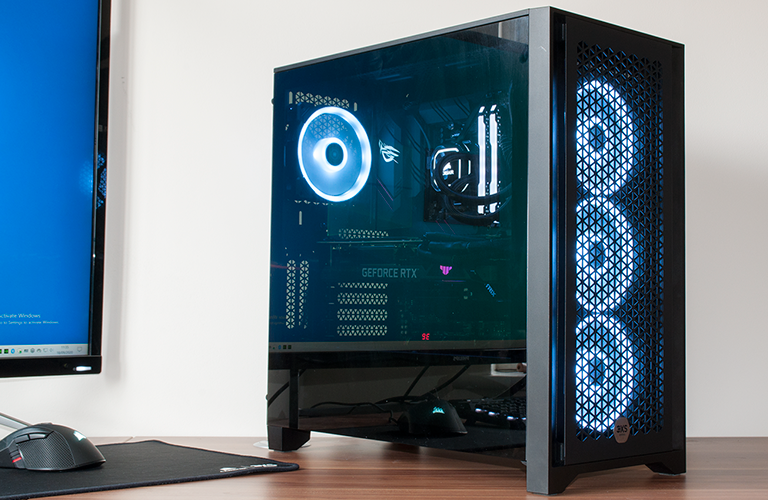 We've been intrigued to see how system integrators will incorporate Nvidia's latest GPU, and Scan's first effort has thrown up some surprises. The £2,100 price tag, for starters, is by no means exorbitant for a base unit outfitted with the best that PC graphics currently has to offer - Scan refers to the it as an "affordable premium build," and the entire rig is suitably sleek in appearance.

Corsair's recently reviewed 4000D Airflow chassis is a fine starting point, with tidy looks and USB-C on the I/O panel, and Scan adds extra visual appeal in the form of four Corsair LL120 RGB fans; three attached to the Corsair H150i RGB Pro XT liquid cooler as front intakes; the other a rear exhaust. A neat combination that looks smart without coming across as ostentatious.

What's interesting is that the CPU beneath that 360mm liquid cooler is a modest AMD Ryzen 7 3700X. The eight-core, 16-thread processor can boost to speeds of up to 4.4GHz, but it could be argued the 65W TDP is at odds with the 320W GeForce graphics. We wonder if the CPU will stifle the GPU in our upcoming benchmarks, however Scan's reasoning for this particular choice of processor is that it's own internal sales data reveals the 3700X "outsells the more expensive 3800X by more than a factor of 4:1." Still, popular though the 3700X may be, we're mindful that the hard-hitting GeForce RTX 3080 may demand more. 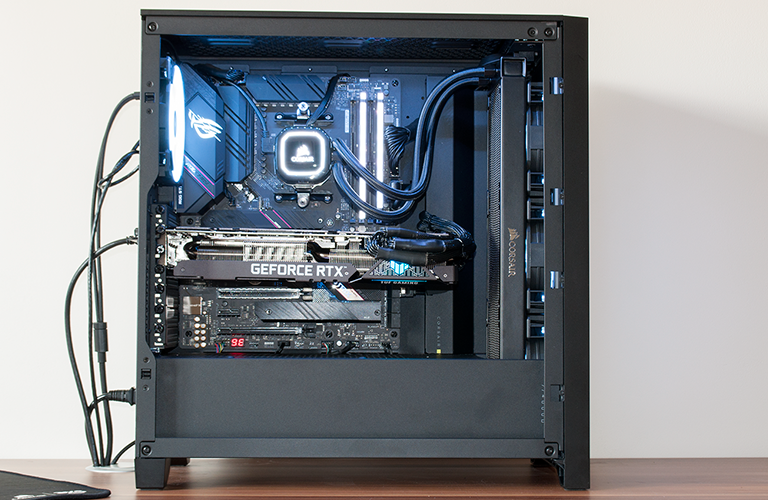 Speaking of the RTX 3080, Scan chooses to side with an Asus TUF model, which is no bad thing as this particular custom cooler has proven to be highly capable in our own tests. There's no overclock on either CPU or GPU - Scan, like many of us, is still finding the sweet spot for RTX 3080 frequency and voltage - and both sit atop an Asus RoG Strix B550-E Gaming. Surprised to find a B550 chipset over full-fat X570? Don't be, the B550-E Gaming represents good value, has PCIe 4.0 where it counts, and offers both Wi-Fi 6 and 2.5GbE Ethernet right out of the box.

Rounding out the build, we have 16GB (2x8GB) of Corsair Vengeance RGB Pro DDR4-3600 memory, a 1TB Corsair MP600 M.2 PCIe 4.0 SSD, and a 2TB Seagate Barracuda HDD for secondary storage duties. Little to argue against, though we might prefer the system without the hard disk - a 1TB system drive offers decent capacity, and having become accustomed to SSDs the noise of mechanical drives can be distracting in a quiet room.

One other area of intrigue is the 650W Corsair RMx power supply. Nvidia officially recommends a 750W power supply for systems outfitted with an RTX 3080, albeit with the proviso that "a lower power rating may work depending on system configuration." The high-quality, gold-rated Corsair supply is sufficient for this particular CPU and GPU combo - our tests reveal mains power draw peaks at around 450W when gaming. 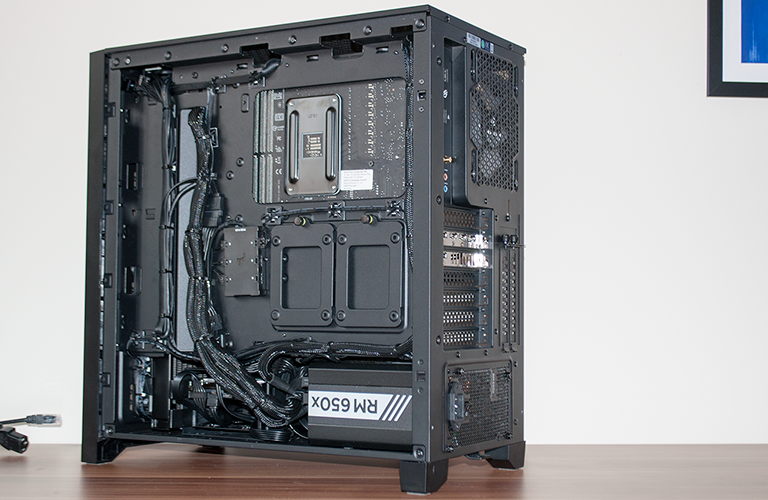 Scan's decision to play it safe in key areas helps keep pricing competitive. We estimate building the same rig using off-the-shelf retail components would cost somewhere in the region of £2,000, meaning there's a small five per cent premium for Scan to assemble the PC, install Windows 10 with all the latest drivers, and deliver it to your door with a three-year warranty that includes on-site cover for the first 12 months.

A sensible choice for a next-gen gaming PC? Perhaps, though we are fascinated to see how the wicked-fast RTX 3080 plays alongside a Ryzen 7 3700X. Let's roll the benchmarks and find out.