Nvidia's renewed focus on RTX Studio workstations has been met with positive acclaim from the UK's premier system integrators. We've recently had the opportunity to examine an £11k beastie from Scan Computers, but if that's a little too extreme for your wallet, the PCSpecialist Vector T9A-R in for review today may be more to your liking.

Priced at £5,700, the Vector T9A-R is one of several RTX Studio rigs in PCSpecialist's arsenal, and they all carry the same promise of high-performance hardware geared toward the creative crowd. As per Nvidia's requirements, the minimum CPU standard is Intel Core i7 or equivalent, each system carries at least 16GB of memory as well as a 500GB SSD, and of course dedicated RTX graphics are a must. 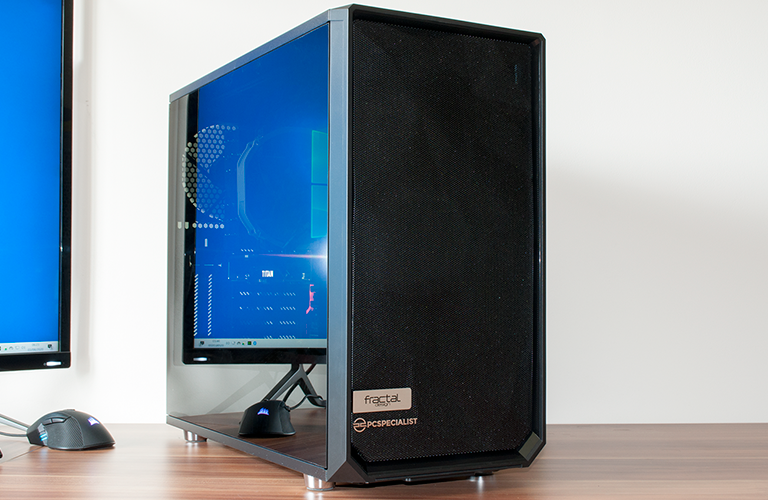 Our review unit slots in at the top-end of the scale but you wouldn't know it going by looks alone. We've become accustomed to ostentatious gaming PCs adorned with RGB LEDs, but in keeping with Nvidia's remit, the Vector T9A-R is a sleeker, more minimalist affair. It is interesting to note that SIs wanting to take this route typically opt for a Fractal Design enclosure, and for good reason as the Swedish firm's chassis tend to be stylish, well-built and free of superfluous lighting.

PCSpecialist picks the Meshify S2 as its foundation, and though this particular case isn't as luxurious as our preferred Define 7, it remains a tidy choice with plenty of internal room, a trio of pre-installed 140mm fans, and USB 3.1 Type-C on the top I/O panel. A fine addition to the office, though at this price point we would like to see PCSpecialist do more to hone in on noise levels. Our trusty sound meter records 41dB at idle and 49dB under load, meaning the steady hum of those internal fans is noticeable at all times and somewhat distracting in a quiet room. 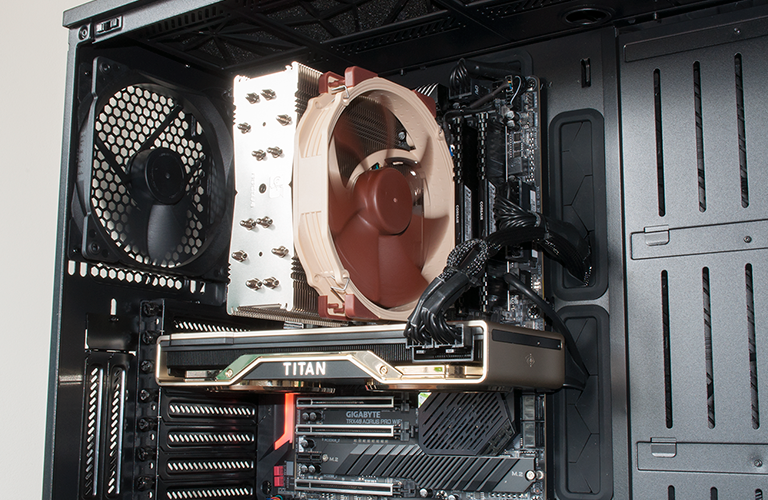 A potent mix, for sure, and the build is rounded off with an 850W Corsair RMx power supply, a clean install of Windows 10 Home and a three-year warranty as standard. PCSpecialist has the basics of a powerful workstation for the gaming/streaming/creating crowd, and chooses to keep the build relatively simple in favour of keen pricing. Browsing the virtual shelves of various retailers, we estimate the total component cost to be in the region of £5,800, suggesting you'd struggle to put the same system together for less, and that's without factoring in the three-year warranty, which includes collect-and-return for the first month, parts cover for the first year, and labour for the duration. 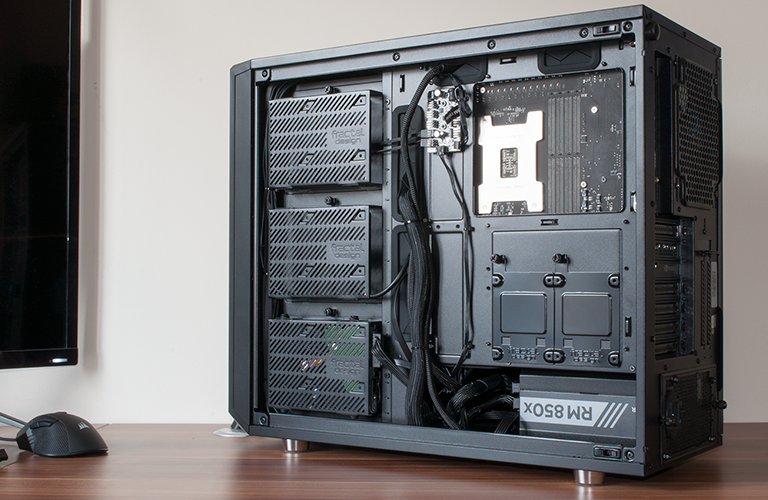 Pricing is competitive, however you do miss out on some of the niceties you might expect when shopping for a high-end base unit. Cable management is good but not great, noise levels aren't optimised, it's Windows 10 Home rather than Windows 10 Pro, and with no GPU upgrade program, the hugely expensive RTX Titan is a delicate choice with next-gen hardware looming large.

Performance enthusiasts may nitpick, too, as the Threadripper CPU is neither overclocked nor liquid cooled, and while the Aorus motherboard supports Wi-Fi 6, wired network connectivity is limited to regular Gigabit Ethernet. 2.5GbE should in our estimation be the minimum for a workstation of this ilk, but PC Specialist's default setup is a solid foundation with clear upgrade paths. Let's now turn our attention to the benchmarks.