The future of PC gaming is looking brighter than it has for some time. Renewed competition in the CPU space has energised the market, next-generation graphics hardware aligned with upcoming games consoles waits just around the corner, and with so many of us spending more time indoors, the global PC gaming market is suddenly expected to grow at an unprecedented rate.

Opportunity beckons and system integrators from across the country are banging on the HEXUS door eager to send in gaming rigs designed to tempt newcomers or those in need of an upgrade. The latest is Cyberpower, whose Infinity X10 RTX offers high-end gaming credentials at a cost of £2,200. 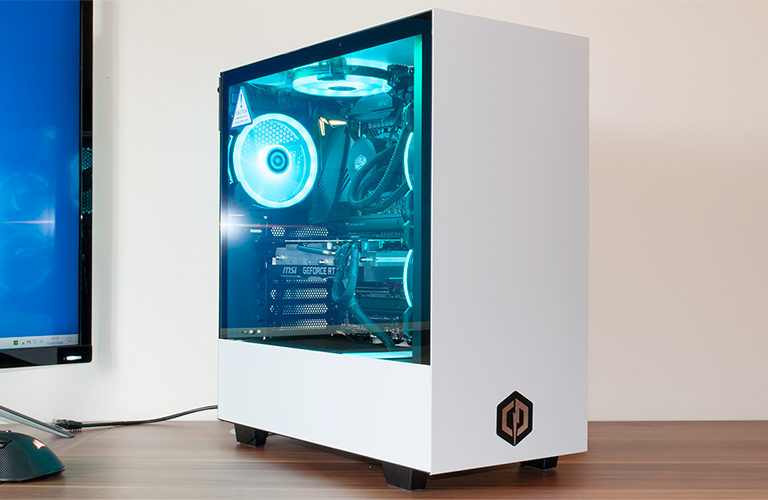 What do you get for your money? The headliners are a 10-core, 20-thread Intel Core i9-10900KF processor and an MSI GeForce RTX 2080 Super Ventus XS OC 8GB graphics card. A potent combination of that there's no doubt, and Cyberpower's supporting cast is sensible, too. You get 16GB (2x8GB) of HyperX Fury Black DDR4-3200 memory and a 512GB Adata XPG SX8200 Pro M.2 SSD atop the MSI MPG Z490 Gaming Carbon WiFi motherboard, there's a 2TB Seagate hard disk for secondary storage duties, and power is supplied by a 750W Corsair RMx supply that leaves ample room for future upgrades.

Sound choices in most departments, yet when it comes to turnkey gaming rigs at this price point, we typically look for two factors that help a rig stand out from the crowd. Value, whereby the system integrator uses its bulk-buying power to good effect, and implementation, where the SI's engineers use their experience to deliver the optimal mix of something that looks the part, performs well and keeps noise down to a minimum. It is in these areas that the best base units prove their worth. 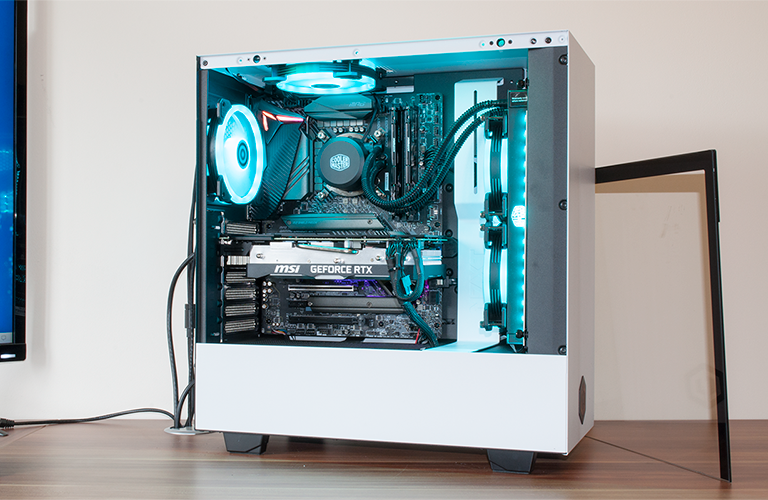 Cyberpower has placed an emphasis on aesthetics, with the build coming equipped with a Cooler Master MasterLiquid Lite 240 liquid cooler, a pair of aRGB LED strips as standard, as well as four 120mm aRGB fans. The end result is pleasant if you happen to be partial to colourful lighting, but it does feel as though other areas have been neglected. The OEM-only NZXT H511 chassis, for example, is attractive and well-proportioned, but differs from the consumer H510 by not including front USB-C - all you get is a pair of USB 3.0 Type-A.

The factory overclock is curious, too. Cyberpower refers to it as the 'Ultimate Overclock,' yet the preset 4.8GHz at 1.3V across all cores is hardly an overclock at all. Knowledgeable readers will know that the 10900KF can typically manage an all-core 4.8GHz without any tinkering, and with the custom overclock in place, Cyberpower is effectively curtailing the chip's maximum turbo frequency of 5.3GHz. Overclocking on these many-core chips isn't straightforward, and such settings are barely worth the effort as our benchmarks will reveal. 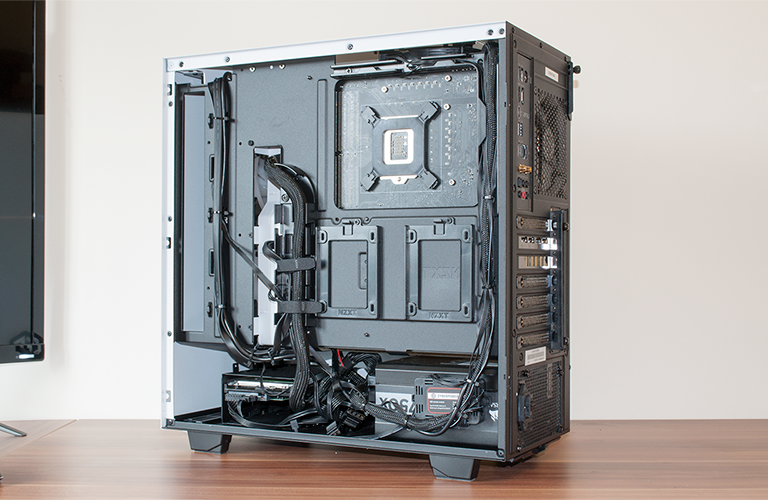 That brings us on to pricing. If you're willing to shop around and forego some of the aRGB elements, we reckon it's possible to build a very similar rig for around £2,000 including Windows 10, suggesting that Cyberpower's pricing isn't quite as competitive as we'd like. Then again, you do save the bother of having to source all the individual components and put the PC together, and of course there's the peace of mind of a three-year warranty as standard.

We've recently seen other SIs offer the Core i9-10900K or indeed the 16-core Ryzen 9 3950X in base units priced below £2,000, so the Infinity X10 RTX has some tough competition to square up to. Let's run the benchmarks and see what's what.