AMD's revolutionary Zen architecture has provided a growing treasure trove of desktop processors. The first Ryzen chips launched back in 2017 were decent, but subsequent releases have well and truly raised the bar. Today's enthusiasts ought naturally to gravitate toward the 16-core, 32-thread Ryzen 9 3950X, and if you're ultra keen, there's the 64-core, 128-thread Threadripper 3990X to consider.

The aforementioned chips have hogged the CPU limelight in recent months, but further down the stack there is an intriguing addition to AMD's line-up going by the name of Ryzen 9 3900. Never heard of it? That's because this understated chip isn't being brought to retail, but rather is an OEM-only part aimed squarely at system integrators. 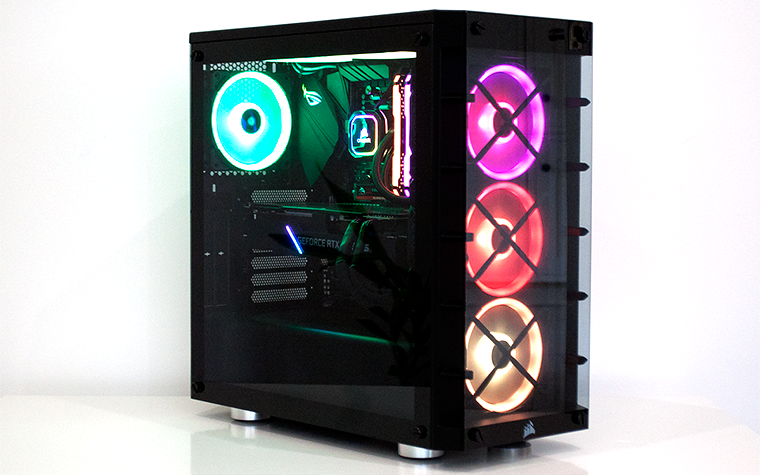 AMD is keen to show off the Ryzen 9 3900's capabilities and has therefore partnered with Stoke-on-Trent's AWD-IT to have a suitable base unit sent in. The review rig, dubbed the AWD-IT 465X Ryzen 9 3900, and priced at £1,990, is available to order immediately, but before we dig into the system itself, let's talk about that headlining processor.

What makes the Ryzen 9 3900 a fascinating proposition is that the 7nm chip offers a 12-core, 24-thread design in a scarcely believable 65W power envelope. That's a whole lot of cores given the frugal TDP, and though purists may lament the fact that said chips are likely to be binned parts unable to make the next grade up, others planning a small or quiet PC will no doubt see the attraction. Cooling is barely a concern with these power requirements, and 24 threads all but guarantee impressive multi-threaded performance.

Concessions do, however, have to be made. In order to reduce TDP from 105W on the consumer Ryzen 9 3900X to 65W on the Ryzen 9 3900, base frequency is cut by almost 20 per cent, from 3.8GHz to 3.1GHz, while maximum boost clock falls from 4.6GHz to 4.3GHz. The amount of cache goes unchanged making the 3900 essentially a slower, more frugal variant of the 3900X. But hold on a minute, doesn't the 3900X have an 'Eco Mode' allowing the 105W chip to operate at 65W? That's true, but we imagine the thinking here is that system integrators will be lured with an attractive buy-in price for the 3900. 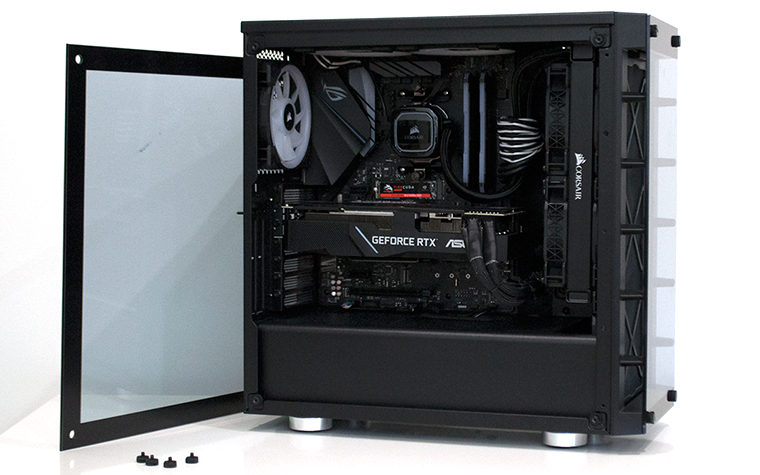 The caveat, we feel, is that as an OEM-only part the onus is on system integrators to play to the 65W processor's strengths. We imagined a reasonably small and ultra-quiet build, and AWD-IT's 465X Ryzen 9 3900 isn't quite what we had in mind. A mid-tower Corsair iCue 465X RGB chassis isn't a particularly imaginative choice, and the presence of a 240mm Corsair H100i RGB Pro XT liquid cooler feels like overkill on a stock-clocked CPU of this ilk.

A more pressing concern is fan noise. AWD-IT has a total of eight 120mm fans inside the chassis, and in the default configuration they run at a high speed constantly, resulting in the sort of jet-engine sound profile we've not heard from a desktop PC in quite some time. It is always frustratingly loud, irrespective of workload, which is a shame as a little care and attention in the BIOS could make it significantly quieter. These are tweaks the end user could easily make, yet we're surprised to find that noise levels aren't at all optimised prior to shipping.

Elsewhere, this is a by-the-numbers build. An Asus ROG Strix B450-F Gaming motherboard serves as the foundation, there's 16GB (2x8GB) of Corsair Vengeance RGB Pro DDR4-3600 memory, and an 8GB Asus Dual GeForce RTX 2080 Super Evo V2 is at hand for high-res gaming duties. Corsair's 750W RMx supply provides the juice, and storage takes the form of a 500GB Seagate FireCuda 520 PCIe Gen 4 SSD, albeit attached via a PCIe Gen 3 interface on the B450 chipset. 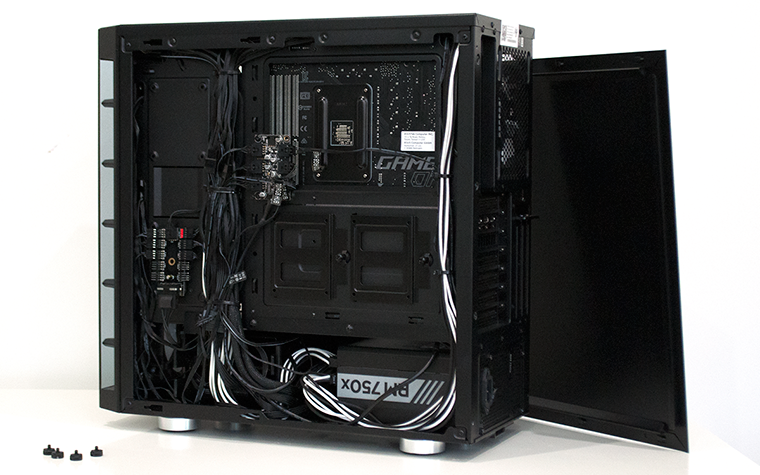 We're frankly surprised that AMD and AWD-IT have chosen this particular build to showcase the Ryzen 9 3900's capabilities. Confounding matters, the configuration page allows users to upgrade to the Ryzen 9 3900X for just an additional £39.95. If you're buying a PC of this size, with this amount of cooling, would the faster CPU not be the obvious choice?

On the plus side, a quick scout around various retailers suggests that it would be difficult to build the rig for less, so AWD-IT is competitive on price and backs the system with a three-year warranty as standard.