AMD's return to form has been reflected in a growing number of design wins on both desktop and laptop. Having spent years reviewing systems traditionally shipped with Intel at the helm, we're now inundated with system integrators wanting to send in Ryzen-powered rigs that cover the entire spectrum, ranging from the sensible to the extreme.

The latest SI to get in on the act is Ebuyer, who is looking to carve a name for itself with a range of systems launched under the AlphaSync umbrella. On the test bench today is the AlphaSync Canine SPEC-7X. 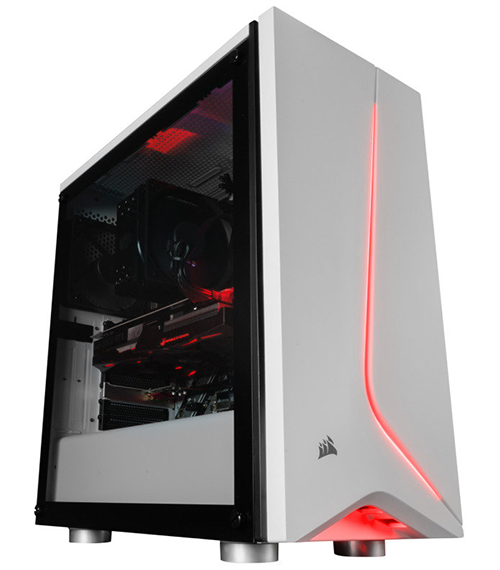 As a relative newcomer to the scene, the first thing Ebuyer needs to do is to convince the target audience to take the prebuilt route. Not an easy task, as building your own system can be a whole lot of fun, yet the AlphaSync proposition does have merit. There's an option of zero per cent finance for six months, the entire PC is backed by a three-year warranty that includes parts cover for the first 12 months, and in keeping with many AlphaSync systems, the Canine SPEC-7X is pre-assembled and ready to ship. That does rule out customisation - there aren't any configuration options to speak of - yet if the spec fits the brief, you can have the PC delivered the very next day at no extra cost.

Opting for a prebuilt rig is certainly quicker, and crucially for Ebuyer, it can be cheaper, too. At the time of writing, the review system is available at a competitive cost of £1,349. Even if you take the time to shop around and source the individual components from various retailers, we reckon you'll do well to match the AlphaSync price, let alone beat it. You're effectively having the PC built and covered by a three-year warranty for free.

It's hard to quibble with pricing, and the Canine SPEC-7X doesn't really put a foot wrong in terms of specification, either. At the heart of the machine lies an AMD Ryzen 7 3700X processor paired with an Asus RoG Strix RTX 2060 Super 8GB graphics card. Both reside on an Asus Prime X570-P motherboard, meaning AlphaSync hasn't skimped on chipset, and there's 16GB (2x8GB) of Corsair Vengeance LPX DDR4 memory operating at a swift 3,200MHz.

Cooler Master's Hyper 212 Black Edition serves as CPU heatsink, a 750W Corsair TX Series power supply provides the juice, there's an AC1200 Wi-Fi card to help get online with minimal fuss, and storage takes a two-fold approach in the form of a 240GB Corsair MP510 M.2 SSD and a 2TB Seagate Barracuda hard disk. Everything is wrapped inside a Corsair Carbide Series Spec-06 RGB White chassis whose aesthetic is something of an acquired taste, yet for a next-day system, AlphaSync's presentation is tidy, with decent cable management and a clean install of Windows 10. 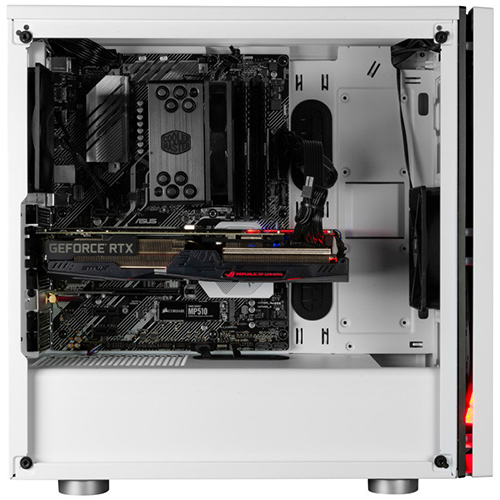 Are there any shortcomings to be wary of? Well, the chassis lacks front USB-C, which is a bit of a downer in this day and age, and as you'd expect for a next-day PC, there's little in the way of finer optimisation. There's no CPU overclock as standard, and BIOS settings are for the most part merely aligned to auto, so don't expect any significant performance tuning or noise reduction. If we're nitpicking, the 240GB SSD could also now be deemed a tad small - we're hoping 500GB becomes the minimum standard in 2020 - and with the latest Radeon GPUs showing mid-range promise, might SIs soon to be tempted to take an all-AMD approach?

There's plenty for AMD and its partners to be optimistic about, and for a PC that's keenly priced, well stocked in terms of firepower, and available for next-day delivery, the Canine SPEC-7X ticks a lot of the right boxes. Let's see if the benchmarks agree.