Evaluating WiFi performance can be a challenge due to environmental factors. In an effort to keep our results as real-world as possible, we've tested in a home environment where there are half-a-dozen neighbouring WiFi networks competing for airwaves, so do be aware your own mileage may vary. 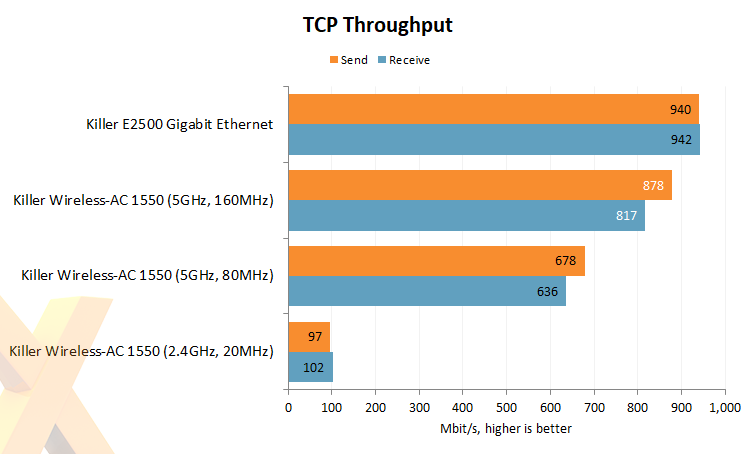 The claim of theoretical WiFi speeds of up to 1.73Gbps should of course be taken with a pinch of salt. You're never going to see the absolute maximum during real-world use, and the Linksys WRT32X is equipped with a Gigabit switch, limiting real-world speeds to around 940Mbps.

Nonetheless, throughput with the Wireless-AC 1550 connected via the 5GHz band at 160MHz is the best we've seen from any WiFi solution. Speeds of up 878Mbps are almost on par with a wired connection, and almost 30 per cent quicker than 5GHz at 80MHz. You need only look at the 2.4GHz result to see how far wireless speeds have come. 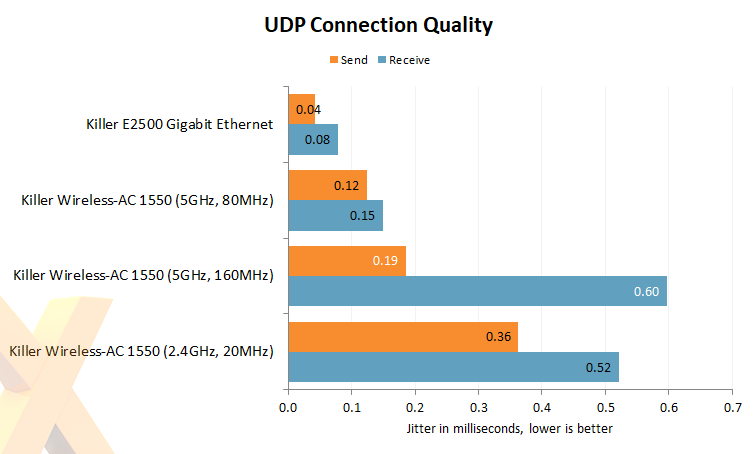 But speed and quality don't always go hand-in-hand. Using iperf3's UDP test, we can analyse connection quality by measuring jitter between client and server. Wireless speeds may be catching up to Gigabit Ethernet, but a wired link remains the most stable choice. You won't be surprised to hear that the Ethernet result was consistent between runs, while wireless jitter on all bands varied significantly; what you see in the graph is the average between runs. 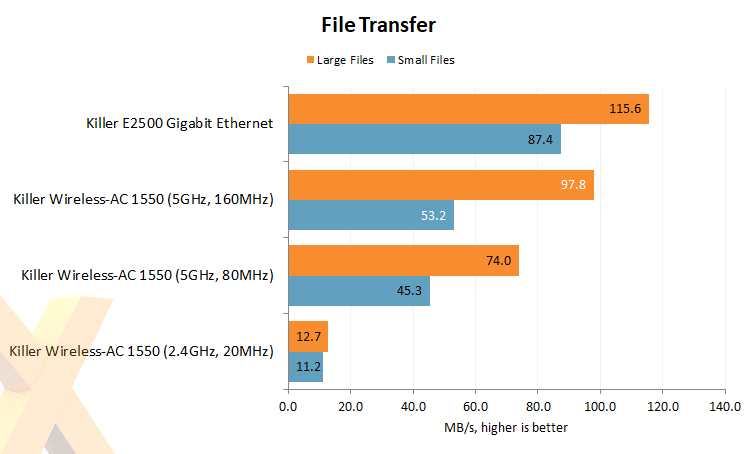 Synthetic tests are all well and good, but what kind of performance can you expect during real-world use? For our final benchmark, we're copying two folders from a Synology NAS wired to the same network. The first folder weighs 4.8GB and contains five large files. The second is 3.4GB in size, containing 1,202 small files.

The Gigabit Ethernet connection tops the chart, as expected, yet we're pleasantly surprised by the transfer speeds achieved by the Wireless-AC 1550 at 160MHz. If running wires simply isn't an option, upgrading to 802.11ac Wave 2 hardware can result in a meaningful increase in performance.