The explosion in PC gaming has provided significant opportunities for a host of manufacturers. The monitor guys haven't been oblivious to this trend, and iiyama's strongest growth has come from its gaming-focussed division.

Does one go for an ultra-high-framerate screen, focus more on image quality and colour reproduction, put size ahead of form factor? What about stock and price? Questions, questions. Hoping to strike a good balance at the mainstream end of the market is the 27in G-Master GB2770HSU-B1. 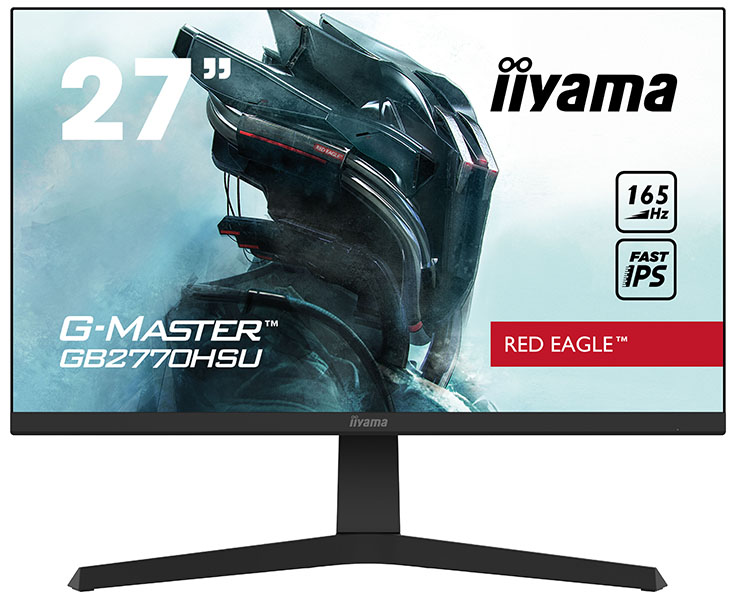 Part of the Red Eagle range, headline specifications include that 27in panel size, 1080p resolution, fast IPS technology, 165Hz FreeSync Premium support, and 0.8ms monitor response time. Best of all, in these times of constraint, it's available for £230.

Mating IPS with a relatively high refresh rate makes this screen useful for general productivity and gaming - a jack of all trades - though for the discerning buyer with a more powerful graphics card and deeper wallet, a QHD version (GB2770QSU) is available for £400.

First impressions are favourable. Attaching the three-pronged base to the arm is a matter of tightening one captive screw. The sensible design, requiring 25cm of desk depth, provides good stability. The matte black finish does a good job of hiding fingerprints. 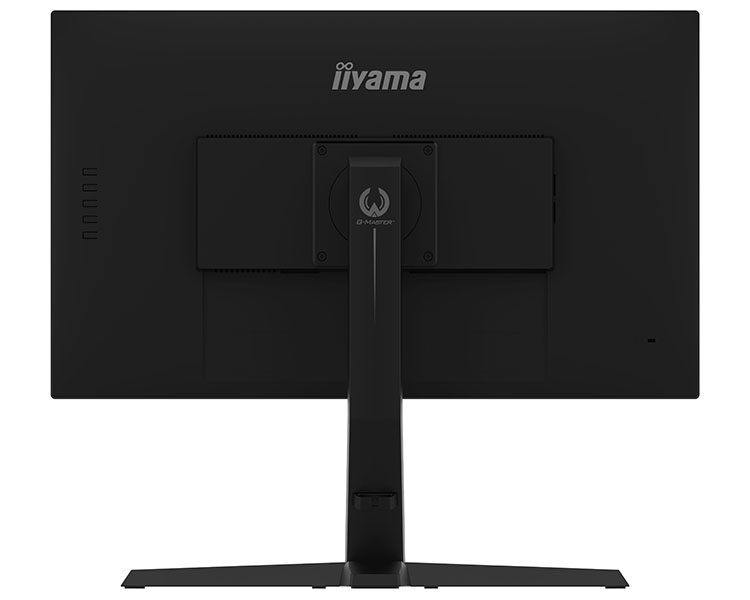 The stand provides up to 130mm of height adjustment, which is enough to offer portrait mode at the highest setting. 18° of upward tilt and 3° downwards is standard and it stays fixed in position firmly.

As we look at it, the right-hand side has a couple of USB 2.0 ports with the downstream PC connection next to the HDMI and DisplayPort connectors and headphone jack on the bottom of the central block. In this day and age, we'd expect USB 3.0 at a minimum, so these are only really useful for plugging in your keyboard and mouse.

Speaking of inputs, the panel supports FreeSync Premium DisplayPort between 48-165Hz and HDMI between 48-144Hz. Nvidia's G-Sync also works - the monitor is not on the official list, mind - evidenced by smooth performance in the Pendulum demo.

A couple of upward-firing speakers are visible on each side of the central vent. They're nothing to write home about, pushing out tinny sound, so anyone desiring more than rudimentary audio needs to look elsewhere.

OSD controls are availed through five buttons on the back. Situated in the middle, these feel too high when you come from monitors whose control is usually at the bottom-right. We prefer the joystick method. The OSD is basic but robust enough to get a decent picture.

Novice users need to be aware that iiyama ships this model with the FreeSync Premium support turned off by default, which is strange. The only interruption on the front is a circular blue LED that can also be switched off via the OSD.

Firing the display up brings forth two immediate observations. The FHD resolution feels lacking in pixel density for the 27in size, especially as we are accustomed to QHD and UHD monitors. The second is the default colour profile, though accurate, appears flat. This is because the panel has a maximum quoted 250 cd/m² brightness, considered on the low end for modern screens. Don't expect eye-popping visuals or any semblance of HDR, but that's mostly understandable given the £230 price point.

Fine for productivity because of its wide-angle IPS display, the GB2770HSU-B1 hits its stride in gaming. Paired with a Ryzen 9 5950X and Radeon RX 6700 XT combination, we're able to hit the desired 100-165fps at FHD with image quality turned all the way up.

Visuals are really smooth, helped by the 0.8ms monitor response time - white to black to white - that gives the panel plenty of spare time to draw subsequent frames without lots of ghosting. Running the excellent Blur Busters' tests generally backs up this assertion, with minor perceivable ghosting at 165Hz. It's not perfect, but it's not bad, either. There's also evidence of the benefits of the high refresh rate for fast in-game panning, too.

On to some benchmarks before we pass judgement.