Monitor tech continues to evolve at a rapid pace and the wide array of high-quality options is such that a new display ought to be high on the list of priorities for anybody contemplating a PC upgrade.

The gaming market in particular is moving quickly with updated panels that appeal to the target audience. Appreciating the latest trends, Gigabyte subsidiary Aorus has regularly refreshed its portfolio with new additions that elevate the user experience to new heights. The best example of that thus far is the £650 Aorus FI27Q-X that has spent the past week being put through its paces at HEXUS HQ. 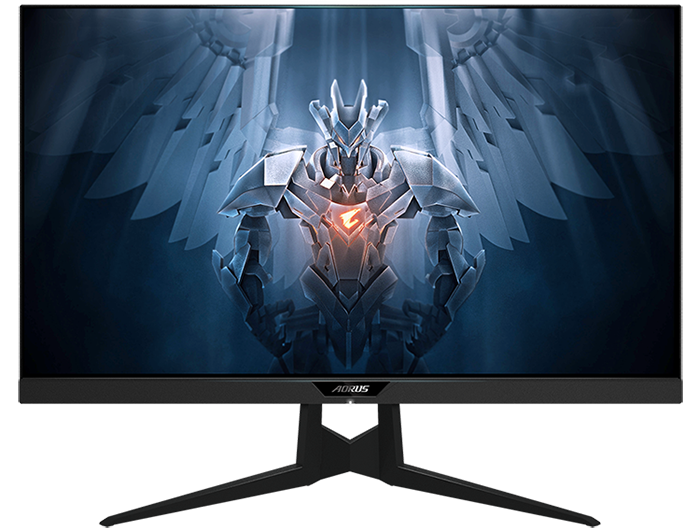 From the outside it all looks rather familiar, and for good reason. Aorus hasn't changed its 27in chassis in some time - last year's FI27Q-P and 2019's AD27QD are outwardly identical - yet the underlying panel has been switched and this year's implementation, sourced from Sharp, is the best yet thanks to a heightened 240Hz refresh rate.

A healthy upgrade over its 165Hz predecessor, and that headline speed is delivered by an IPS panel that is competent in most regards. A QHD 2,560x1,440 resolution is a fine fit at this screen size, we're promised 100 per cent AdobeRGB colour coverage, and FreeSync support in the 48 to 240Hz range ensures a silky and tear-free experience. Viewing angles and vibrancy are also very good, as is to be expected from an IPS solution, and Aorus even quotes a 1ms GtG response time, or 0.3ms MPRT, ensuring gamers are well catered for. 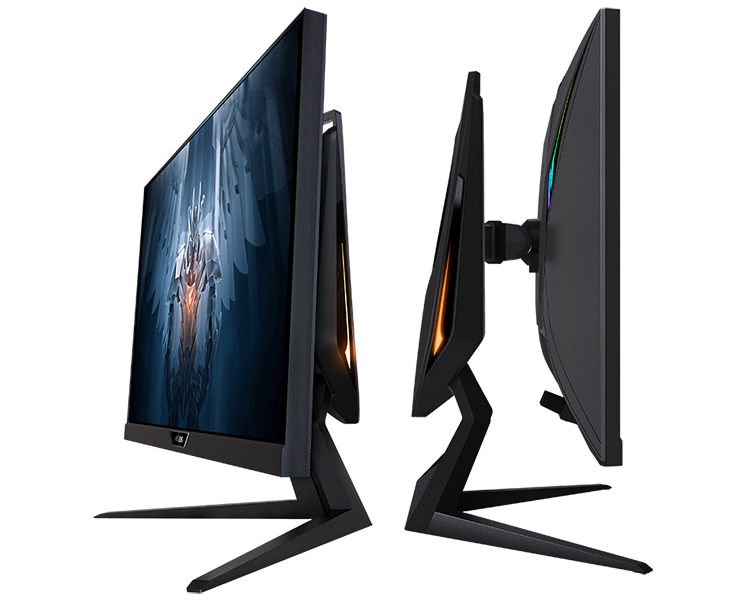 The upsides are clear, yet the unique characteristics of various monitor technologies are such that no one panel ticks every available box. Black levels and contrast aren't going to be as convincing as a VA solution, enthusiast gamers will notice some inverse ghosting at lower framerates, and despite support for 10-bit colour through dithering, the FI27Q-X's HDR implementation is little more than a token gesture due to 400-nit brightness and an absence of localised dimming.

Still, as a gaming solution the FI27Q-X is undoubtedly a treat as 1440p at 240Hz is in our estimation an enviable sweet spot. Modern graphics cards are powerful enough to drive high framerates at the native resolution, and given the choice, we'd probably favour the smoothness of QHD240 over the extra pixels of 4K60. The monitor is also certified as G-Sync Compatible, meaning both Radeon and GeForce users stand to benefit from adaptive framerate synchronisation, and console gamers can take advantage of FreeSync goodness, too. We can confirm that an Xbox Series S connected via HDMI supports VRR (variable refresh rate) at 1440p, albeit limited to 120Hz. 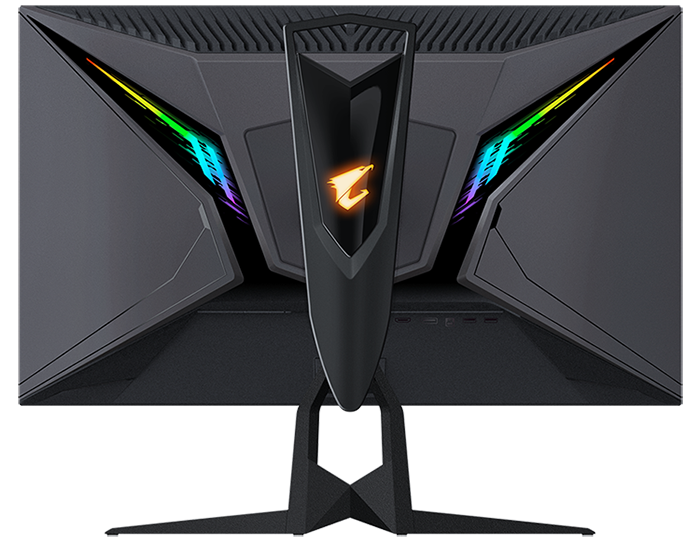 While gaming is the FI27Q-X's bread and butter, wide viewing angles, accurate colours and a 1440p resolution also bode well for everyday use and creativity. This 27in panel has the makings of an excellent all-rounder, and that being the case, we'd like to see Aorus integrate a simple set of stereo speakers while updating the exterior to something a little less conspicuous.

RGB lighting on the back does nothing for us, the Aorus logo on the front could be less prominent, and the basic status LED lacks elegance. On the plus side, the metal VESA-compliant stand, which doubles as a carry handle, is easy to assemble and offers 130mm of height adjustment, -5°/+20° tilt, 20° swivel and the ability to pivot 90°. As before, there's a joystick located centrally along the bottom edge for easy navigation of the OSD, and connectivity remains unchanged with DisplayPort 1.4, two HDMI 2.0, 3.5mm audio jacks, USB upstream, two USB 3.1 Gen 1 Type-A and a three-pin connector for the integrated power supply. 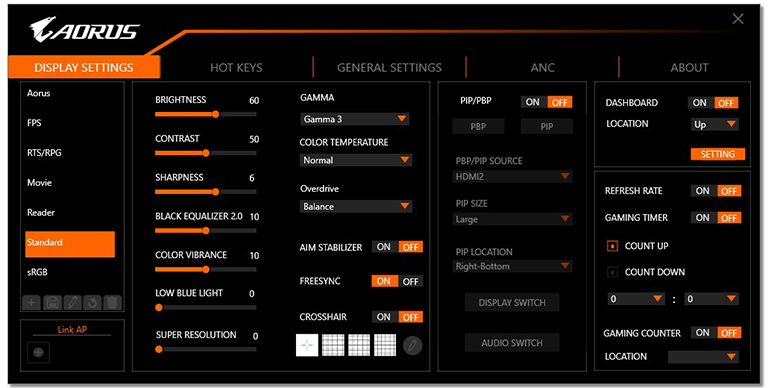 As handy as the joystick is, Aorus goes a step further with its Sidekick software utility for Windows. Offering convenient access to all the monitor's key settings, the software can also be used to define hot-key shortcuts and carry out firmware updates, with a beta of v03 being the latest release at the time of writing. Firmware updates do take a while (almost seven minutes in our case) so be patient, and nitpicking somewhat, we'd prefer the Sidekick installation to be less bloated - it automatically installs a couple of other apps/drivers, including RGB Fusion, which you may or may not want.

Last but not least, Aorus' catalogue of 'tactical features' are all present and accounted for. These include active noise cancellation on the microphone jack, Aim Stabilizer, which reduces motion blue at the expense of brightness, Black Equaliser 2.0, which attempts to lighten darker in-game elements, and customary gaming features such as on-screen crosshairs and countdown timers. Plenty that's familiar, but how does the new 240Hz panel stack up in the benchmarks? Let's find out.