Choosing the right gaming monitor can be a bit of a minefield, with so many manufacturers offering a vast array of models whose baffling product names don't shed a lot of light. Asus alone has nearly 100 gamer-specific models, headlined by ROG panels that push the boundaries of current display technology, at price points extending way beyond £2,000.

Too rich for your wallet? Yeah, me too, but don't be discouraged as Asus does have more palatable offerings under its TUF Gaming umbrella. This mid-range product line typically offers a healthy dose of gaming enhancements, looks sleek but not ostentatious, and tends not to break the bank. Those attributes are very much evident in the new TUF VG27AQL1A. 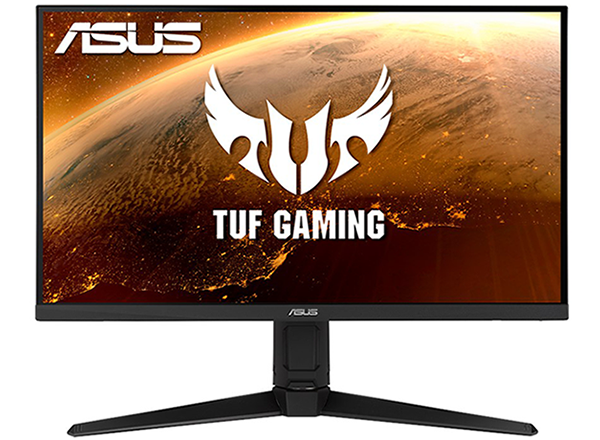 The model designation remains a mystery, but the monitor itself has been in the pipeline for some time. First announced back at CES as a successor to last year's VG27AQ, the refreshed VG27AQL1A, inevitably delayed by global events, is finally making its way to retail shelves carrying an MSRP of £519.

That's a £70 (15 per cent) premium over its predecessor, so what exactly are you getting for your money? As expected, this remains a 27in IPS solution with a popular 2,560x1,440 QHD resolution, but with a little fine-tuning Asus has managed to increase brightness from 350 to 400-nits - crucial for achieving HDR400 certification - while sRGB colour coverage has moved from 99 per cent to 130 per cent. Healthy improvements, and while the monitor operates at 144Hz out of the box, the maximum overclocked refresh rate is also nudged forward from 165Hz to 170Hz.

Outside of those tweaks, it's a familiar format, with a quoted 1ms MPRT response time (4ms grey-to-grey), 1,000:1 contrast ratio, 178° viewing angles and anti-glare coating. Likeable credentials for the target audience, and we appreciate the fact that Asus has taken the time to update and streamline the monitor's external appearance.

Helping lend a more modern aesthetic are slimmed top and side bezels that are noticeably less chunky than the outgoing model, and the square stand has been swapped in favour of a V-shaped base that we prefer. Versatility is still decent with up to 130mm of height adjustment, +20°/-5° of tilt, and the ability to swivel 20° in either direction. There is also an option to pivot 90° - though we don't imagine many gamers taking that up - and if you prefer to use your own mounting kit, the supplied stand is easily removed to reveal a regular 100mm VESA mount.

Keeping up the good work, Asus includes an integrated pair of stereo speakers for basic audio duties, and connectivity is sensible with a single DisplayPort 1.2 (up to 170Hz), two HDMI 2.0 (up to 144Hz), a 3.5mm headphone jack and a two-port USB 3.0 hub. Though the power supply isn't integrated, Asus's compact 90W external source is hardly an eyesore, and if you're inclined to tinker with settings, you'll appreciate the VG27AQL1A's controls and user interface.

Presentation is clean - note the lack of RGB lights - navigation is well handled by a rear joystick and four tactile buttons that are all easy to reach, and this is one of the better control systems we've used. Common gaming enhancements such as on-screen crosshairs, timers and shadow boost are all present and accounted for, and Asus will also be offering a Windows-based 'DisplayWidget Lite' software utility to change settings from within the OS. This sadly was only available in Chinese at the time of review. 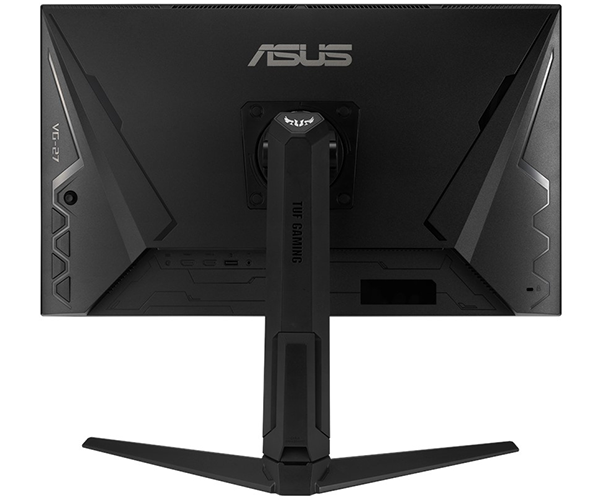 Gaming of course is the order of the day, and we've been impressed by what we've seen thus far. TUF VG27AQL1A offers AMD FreeSync adaptive framerate synchronisation in the 48 to 170Hz range, and the panel has already been certified as G-Sync Compatible, ensuring silky, tear-free action on your choice of Radeon or GeForce hardware. A QHD resolution is a fine fit on a screen of this size, and in an effort to deliver the smoothest experience possible, Asus also throws its ELMB Sync into the mix. Extreme Low Motion Blur uses algorithmically adaptive backlight strobing to help minimise motion blur, and the tech can be deployed in tandem with adaptive framerate synchronisation.

On paper it is the best of both worlds, but ELMB still has some real-world shortcomings. Peak brightness takes a hit, it works optimally at higher refresh rates, and you lose fine-grained control over certain features such as overdrive. To our eye, overall image quality is best with ELMB disabled, and we prefer to run with only adaptive framerate synchronisation and the default overdrive setting of 60, which offers a good balance of smooth motion and minimal ghosting.

We've yet to see the perfect gaming monitor, but the TUF VG27AQL1A delivers eminently enjoyable results and we're encouraged to find our review unit exhibiting little in the way of backlight bleed. Let's now see how it fares in the benchmarks.