We've often wondered why users need so many expansion slots on regular ATX motherboards when plentiful features are integrated into the latest chipsets. In other words, why mini- and micro-ATX boards haven't captured the imagination of enthusiasts.

Motherboard guys still tend to push out smaller boards at the lower end of the market. A good case in point is the MSI B560i Gaming Edge WiFi priced at £155. 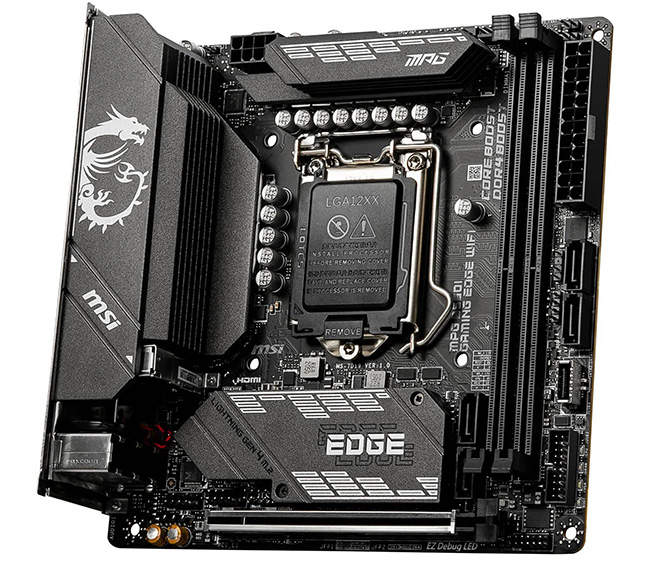 The Intel B560 chipset is perfectly fine if you don't plan to overclock. Few need to as the built-in frequency smarts on modern chips largely negate the need to pore over BIOS settings.

It's true that power-delivery systems are overkill on most motherboards. MSI has less room and cooling opportunity on this mini-ITX board and thus uses a 6-phase VRM design for the CPU and two for the SOC. That's actually fine for two reasons: the CPU cannot be manually overclocked and most will pair this board with a mid-range Core with modest TDP requirements. Even so, we wouldn't be putting too much voltage through this board's veins because the two heatsinks are small and basic compared to premium ATX offerings.

Marks are taken off MSI for using a front-panel Type-C with last-gen 5Gbps speeds, and we're unhappy to see 20Gbps USB, supported by the chipset, left off the I/O panel. 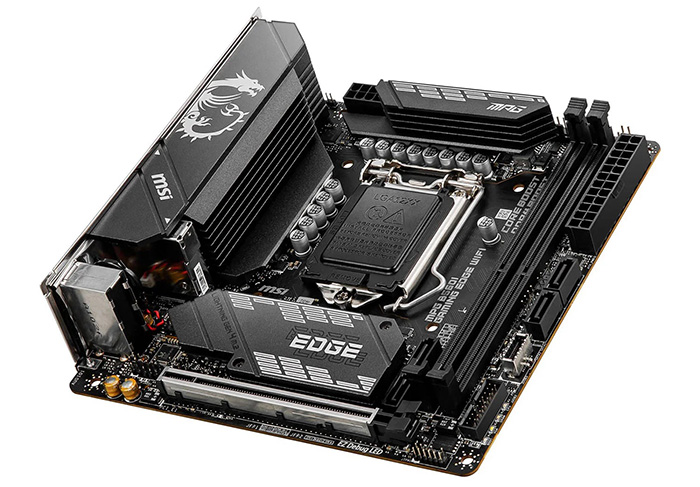 Know that the connector for the usual gaggle of front-panel wires is situated between the PCIe x16 slot and M.2 heatsink; attach the wires before installing a card. There is zero lighting when the board is powered down. Users can add colour via a couple of headers.

The primary M.2 has a decent, chunky heatsink and is connected to the CPU's lanes, meaning there's PCIe 4.0 x4 connectivity for 11th Gen Core chips. A second, uncooled, resides on the back and interfaces with the chipset at PCIe 3.0 x4 speeds. We find it unnecessary to have four SATA ports on a mini-ITX board; two ought to be sacrificed for a third M.2.

Moving on around, it's a shame that MSI uses the older ALC897 audio codec. Rival Asus ROG Strix B560-I Gaming includes ALC1220 and 20Gbps USB on its price-comparable board.

MSI finds space for only six USB on the back panel; Asus, for example, provides eight.

All but two are USB 2.0, which makes little sense in today's world. Better news is found with respect to networking, where the latest WiFi 6E runs alongside 2.5Gb Ethernet.


It remains frustrating that you need to reboot out of BIOS in order to update the firmware. Nevertheless, all the main options are there, including full ABT support for the latest Core i9 chips.

MSI normally does well for fan control and this board is no exception. In short, this firmware is a replica of the full-ATX boards.