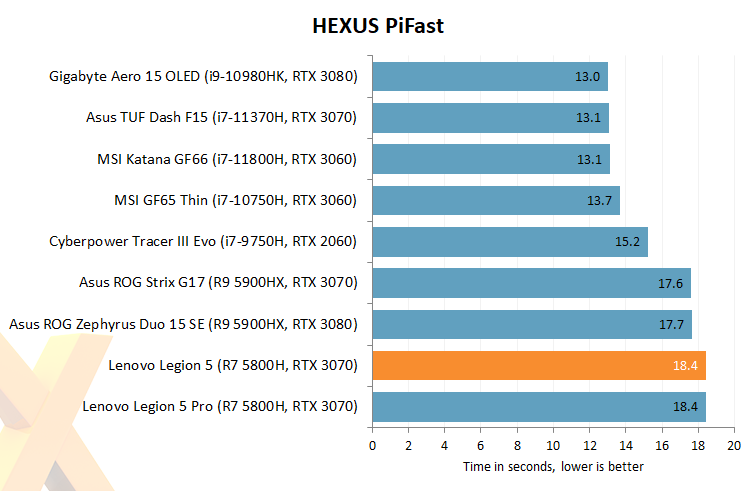 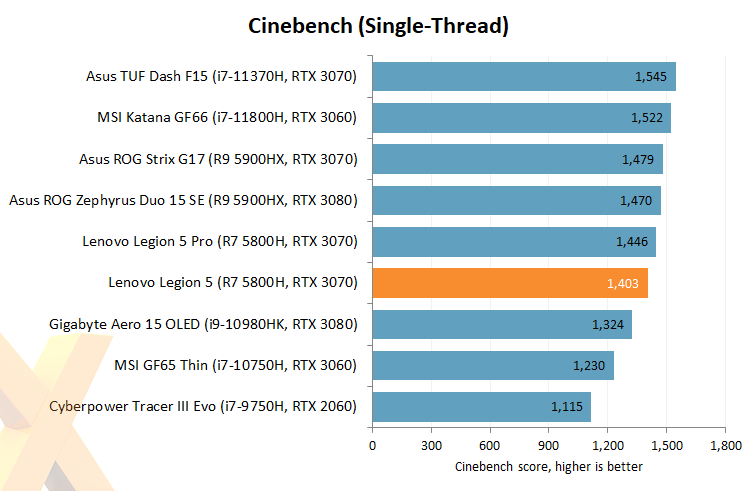 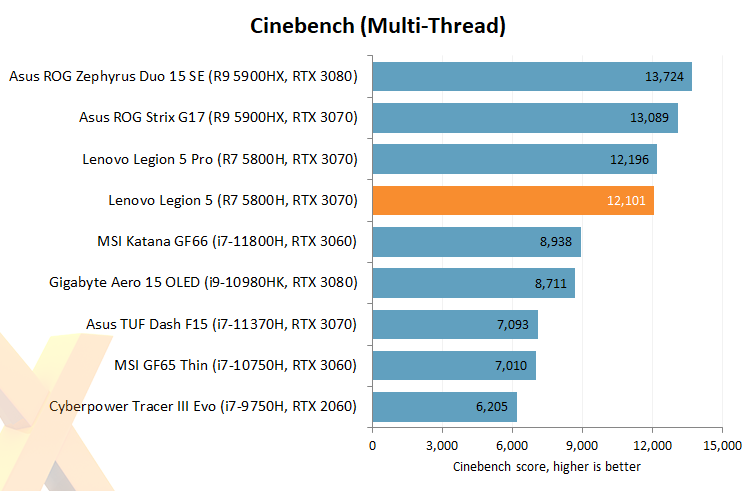 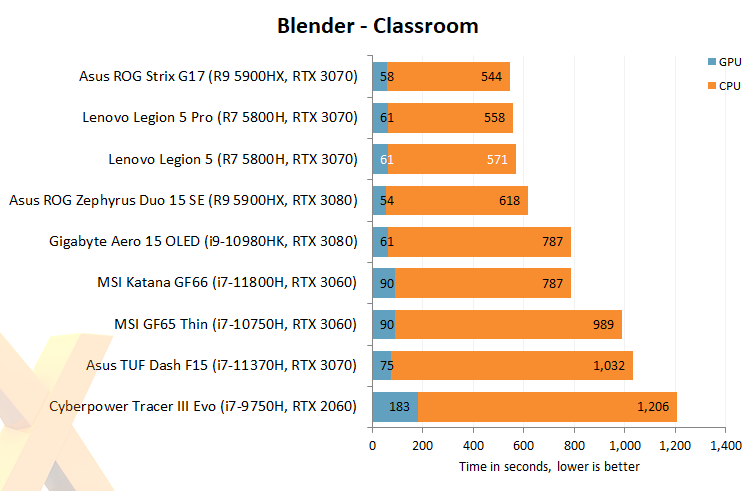 CPU performance, as expected, is almost identical between the two eight-core Ryzen 7 5800H Lenovo laptops. We say almost as the Pro was able to maintain 3.7GHz across all cores for the duration of the demanding Blender test, while the regular Legion 5 fell back to 3.5GHz toward the end of the benchmark.