Lenovo may be a relative newcomer to the PC gaming arena, yet in just a few years the Chinese giant has quickly established itself as a go-to producer of high-performance laptops. If our experience of the new Legion 5 Pro is anything to go by, it has no desire to relinquish that momentum anytime soon.

Priced at £1,499 and armed with latest-generation CPU and GPU technology from AMD and Nvidia, respectively, the 16in portable powerhouse is, without a doubt, one of the better gaming laptops we've tested in recent times, and stands out by being among the first to employ a highly-enjoyable 16:10 WQXGA Dolby Vision display.

Such finery doesn't attract a hefty premium, and in today's world of inflated pricing, the Legion 5 Pro feels like good value at one-and-a-half grand. There's less RGB adornment than the range-topping Legion 7, which is no bad thing in our book, and the resulting chassis looks and feels the part. Lenovo's largely aluminium construction provides good rigidity throughout, the lid opens effortlessly with one hand, and the 'storm grey' paintwork doesn't just look smart, it also has the added benefit of repelling fingerprints and grime. We've been using our sample continuously this past fortnight and it still looks like new.

The design isn't perfect, though. A weight of just over 2.5kg doesn't lend itself to portability, dimensions of 356mm x 264mm x 26.9mm are slightly thicker than the competition, and we're divided over the backlit logo on the lid. If you do find it too garish for your own liking, the illumination can thankfully be disabled via a simple keyboard shortcut (Fn+L).

Smart on the outside, potent on the inside tends to be the Legion formula, and the 5 Pro lives up to that billing. The CPU of choice is an eight-core, 16-thread AMD Ryzen 7 5800H, dedicated graphics are provided by an Nvidia GeForce RTX 3070 Laptop GPU, there's 16GB of dual-channel DDR4 memory and plentiful storage is at hand courtesy of a 1TB SK hynix M.2 SSD. 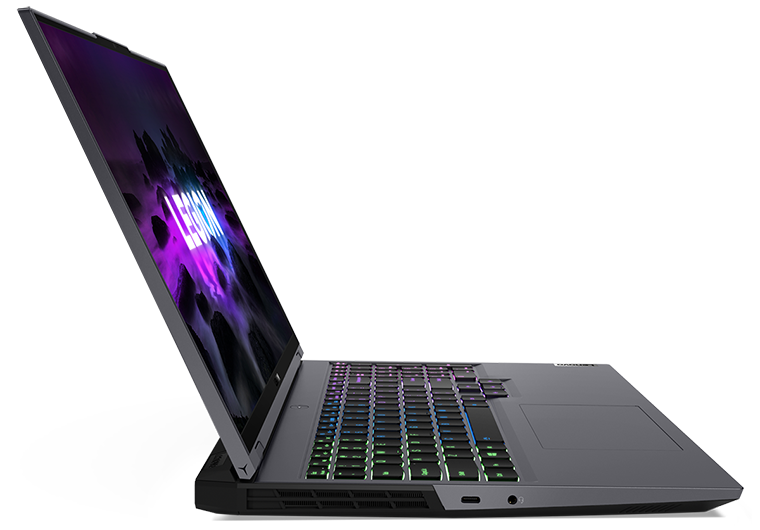 Solid choices all round, and Lenovo's implementation allows the Legion 5 Pro to strike many of the right chords. The GeForce GPU is configured with up to a 140W TDP (the maximum permissible), resizeable BAR support is enabled by default, and the aforementioned 16in display supports G-Sync at up to 165Hz. Games look fabulous at the native 2,560x1,600 resolution, and though you might need to tweak quality settings to make the most of the super-fast refresh rate, the display lends itself to much more than just gaming.

A 16:10 aspect ratio is a real boon for productivity (I'm adamant I'll never buy a 16:9 laptop again), brightness is excellent at over 500 nits, the matte finish minimises unwanted reflections, and out-the-box colour accuracy is exemplary. It is a thoroughly enjoyable panel with slim bezels on all sides helping accentuate the feeling of immersion. 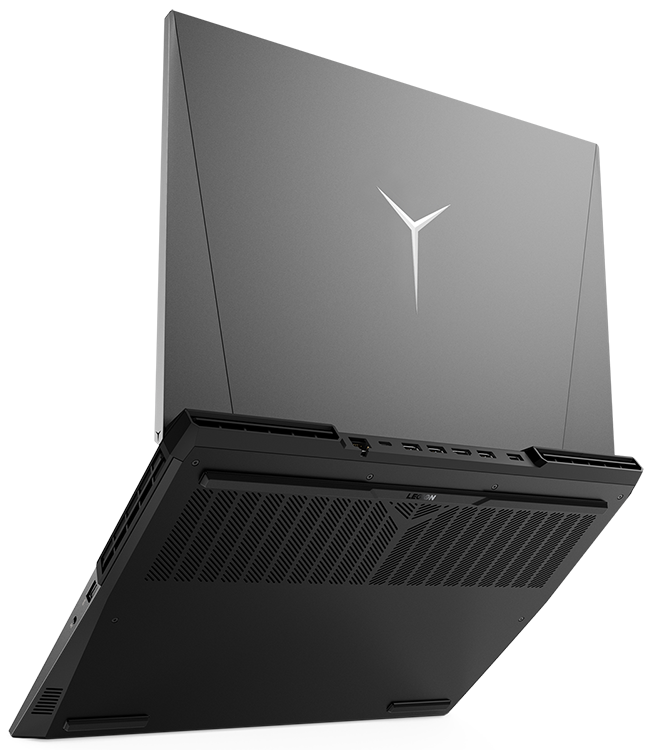 Plenty of good, but as tends to be the case with every gaming laptop, there are some niggles you'll want to be aware of. The first proviso is that, like so many other tech products, Legion 5 Pro sadly isn't immune from ongoing semiconductor shortages. Listings at major retailers show the laptop as currently out of stock, and Lenovo's own web store doesn't give users the ability to pre-order - add to basket is simply greyed out.

An increasingly common frustration, and the other niggles will be familiar to users who have owned gaming laptops in the past. Fan noise, as you might have guessed, can be quite distracting. Lenovo's dual blowers do switch off at low load, but when they kick into action the transition isn't as smooth as it could be, resulting in a cooling configuration that is clearly audible a lot of the time and off-putting if you're accustomed to a quiet desktop.

Battery life in our testing falls well short of the desired eight-hour minimum, the integrated 720p webcam delivers basic image quality, and Lenovo's downward-firing stereo speakers, while decent, aren't quite as impressive as the upward-firing Dolby Atmos available to the Legion 7. Despite the 'Pro' branding, we're also surprised to find the laptop doesn't include certain features that might have been deserving of the name; we're thinking an SD card reader, some form of biometric security and a superior warranty than the default one-year cover. 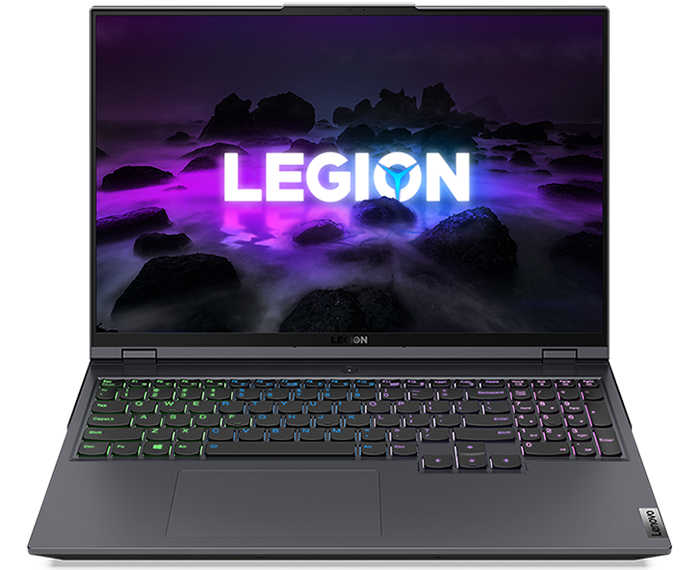 None of those caveats should be considered deal-breakers, as the good definitely outweighs the bad. Both the keyboard and trackpad belong in the good column, with TrueStrike keys delivering a ThinkPad-like experience that's a joy to type on. Better still, the sensible layout manages to incorporate a numpad and full-size arrow keys without feeling cramped, while the accompanying trackpad is both large and accurate.

Our review unit curiously doesn't feature an RGB-backlit keyboard - UK models may be limited to white illumination, which suits us fine - and given the sleek overall design, we'd rather Lenovo didn't install any bloatware; frequent McAfee nagging feels out of place on a system of this ilk. That's it for the pre-amble, let's get to the all-important benchmarks.