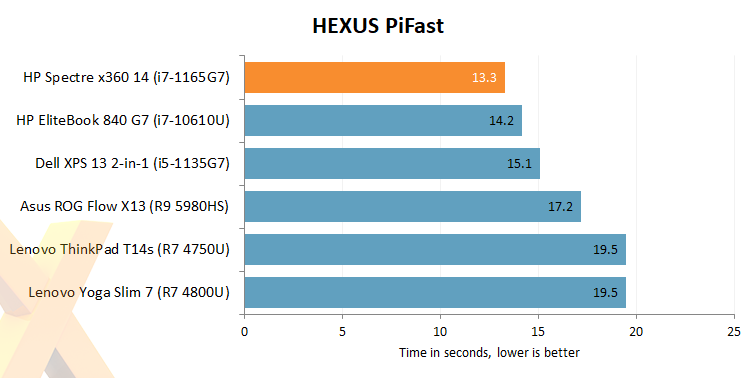 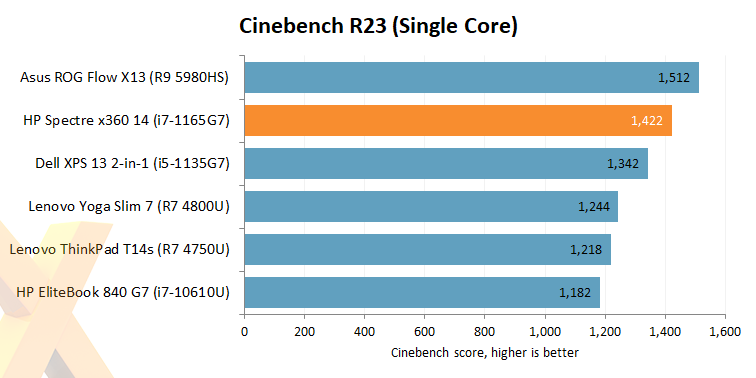 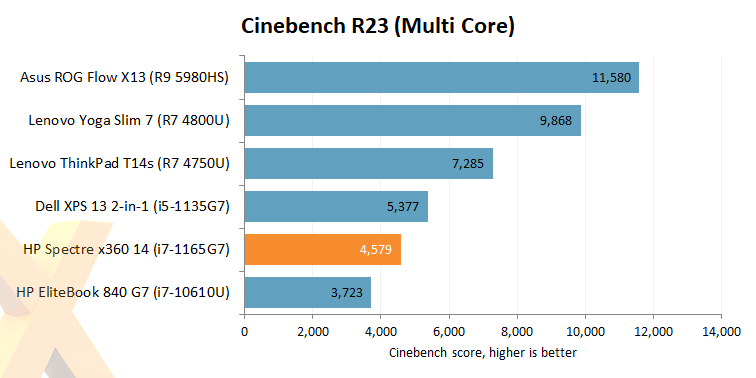 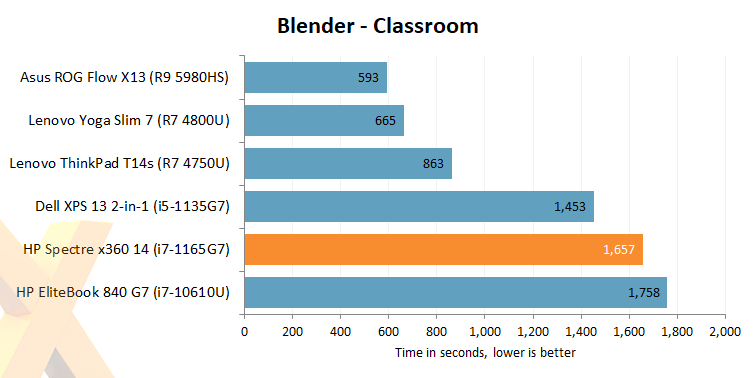 Performance from the Intel Core i7-1165G7 is a tale of two halves. With peak speeds of 4.7GHz, the 11th Gen chip is able to race through lightly-threaded tasks and makes for a system that feels fast and instantly responsive. That's the good news, but a quad-core part can hardly be deemed cutting edge, and the processor does get bogged down during demanding workloads that force all-core frequencies to be dialled down to between 2GHz and 3GHz depending on temperature.

Not an uncommon experience on thin-and-light laptops, though there is a small amount of extra headroom for those who want to push performance at the expense of fan noise. Switching to a Performance profile in the HP Command Centre kicks the fans into a higher gear and sees the multi-core Cinebench score increase to 5,031.