Lenovo's line of Legion gaming PCs has gone from strength to strength. Having launched back in 2017, the range of laptops, desktops and monitors has evolved through the generations to become a go-to choice for gamers seeking high-end systems armed with the latest CPU and GPU firepower.

On the laptop front, fourth-generation upgrades have started to arrive at retail stores and they're looking better than ever. The pick of the bunch is arguably the Legion 7i, in for review today. 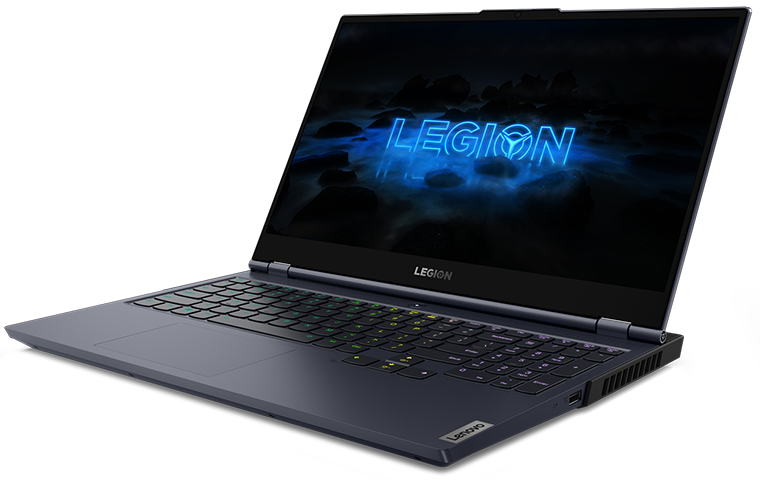 Priced from £1,290 and picking up the mantle of its well-received predecessor, the Y740, Lenovo's 15in Legion 7i gets off on the right foot by creating a positive first impression. The slate-grey chassis looks modern, dimensions of 360mm x 255mm x 20mm are reasonable given the power under the hood, and though it isn't particularly light at 2.1kg, it's a solid piece of kit to handle.

A central aluminium chassis provides decent rigidity - there's little flex, despite a couple of plastic additions - and we like the fact that the lid can be opened with one hand and extended a full 180°. There is a bit of unwanted wobble in the display hinge, but given that this is marketed as a gaming solution first and foremost, we're encouraged to find that the external design comes across as sleek and robust.

Even the RGB lighting, which Lenovo has implemented in partnership with Corsair iCue, looks surprisingly good with the ambient light strip on the underside and illuminated rear vents. RGB isn't typically our thing, yet we quite like Lenovo's clean implementation, and if the rainbow effect isn't doing it for you, it looks equally impressive, if not better, with the LEDs set to white. Point is, this may be a gaming laptop, but you needn't be shy about taking it into work in the morning.

When it comes to firepower, our £2,200 review sample isn't exactly lacking. The CPU of choice is an eight-core, 16-thread Intel Core i7-10875H, there's 16GB of dual-channel DDR4 memory, a 1TB Samsung PM981a M.2 SSD, and Nvidia GeForce RTX 2080 Super Max-Q graphics. The absence of a 2.5in HDD slot has paved the way for a larger 80Wh battery (you do have a secondary M.2, should you need it), and Wi-Fi 6 connectivity is at hand courtesy of an Intel AX201 adapter. 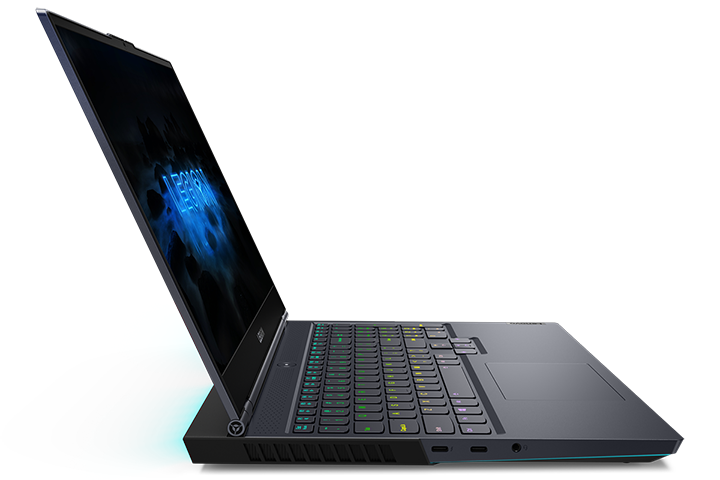 Our review unit isn't even available from Lenovo's UK site, which currently lists a GeForce RTX 2070 as the best available GPU, and the AMD Ryzen-based Legion 5 is even more restricted when it comes to GPU choices. Getting the exact specification you want isn't easy, and we're surprised to find that Nvidia's Advanced Optimus - one of Lenovo's key selling points - is not available on our review unit.

The tech is designed to bring an end to the mutual exclusivity between Optimus battery saving and G-Sync framerate synchronisation through the use of a dynamic display switch, however we've not seen any evidence of it in action. Much like before, our review unit needs to be toggled to a dGPU mode via a full reboot in order to activate G-Sync, and we've reached out to Lenovo for further info as Advanced Optimus promises a streamlined experience that the Legion 7i doesn't yet deliver. 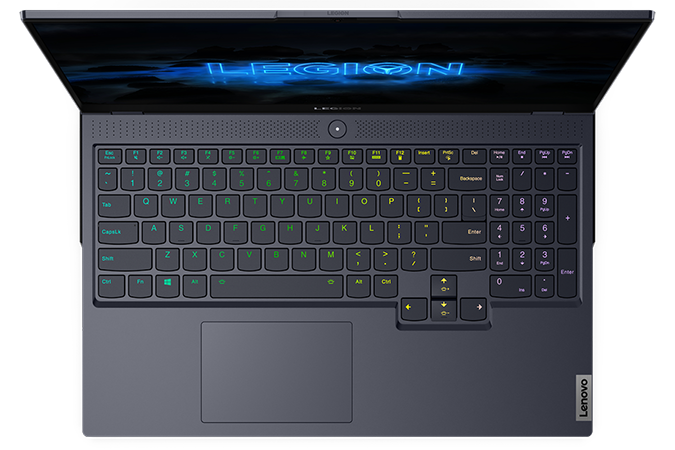 A shame, really, as the ability to dynamically switch between Optimus and G-Sync is a genuine attraction for a laptop of this ilk. The 15.6in 1080p screen on our test system is nice and bright at over 500 nits, viewing angles are great, colour coverage and out-the-box accuracy are excellent, and when running exclusively from the RTX 2080 Super Max-Q chip, it'll support G-Sync adaptive framerate synchronisation at a buttery-smooth 144Hz.

Port selection is equally promising. The laptop's left side is home to a combination audio jack, USB 3.1 Gen 1 Type-C and Thunderbolt 3 Type-C. Over on the right there's USB 3.1 Gen 1 Type-A, and tucked neatly around back are two USB 3.1 Gen 2 Type-A, HDMI 2.0, Gigabit Ethernet and a connector for the external 230W power supply. There's no SD card reader but Lenovo ticks almost all the relevant boxes.

Accustomed to gaming laptops with below-par keyboards and trackpads? Then the Legion 7i will come as a pleasant surprise. Taking advantage of its ThinkPad heritage, Lenovo's keys are well-shaped, clean in presentation and satisfying in terms of both action and sound. It is an enjoyable keyboard to use, however gamers might prefer a little more travel than 1.3mm, and the full-size layout may prove divisive.

A numpad can be handy, and we like that Lenovo has kept the arrow keys a good size, however on this particular form factor I'd personally favour the extra room of a tenkeyless layout; the numpad inevitably make it feel cramped. Still, as far as gaming laptop keyboards go, this as a good one and we've no qualms with the Precision trackpad, which is well-sized and responsive. 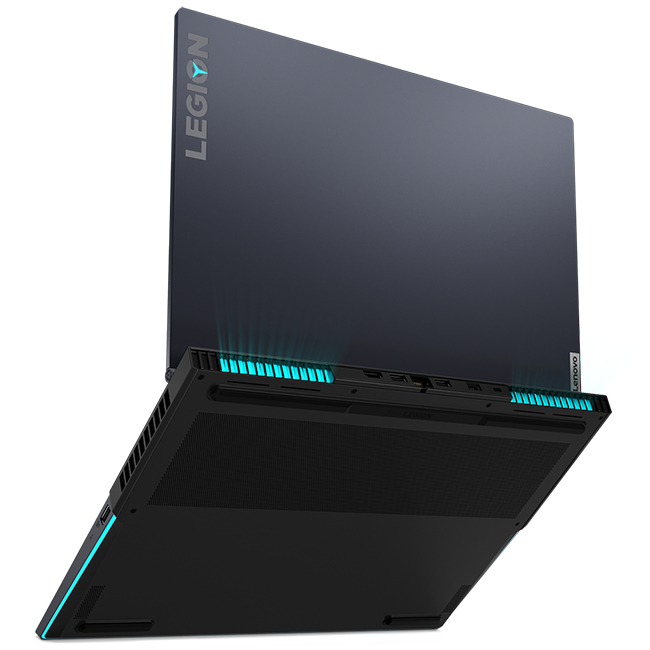 There's merit to the upward-firing Dolby Atmos stereo speaker system, too, which delivers plenty of volume while maintaining good clarity and detail. A fine alternative when you choose not to don headphones, and all these small tweaks make the 7i feel a genuine upgrade over the Y740. Even the 720p webcam, whose resolution is somewhat disappointing, has been moved back above the display where it belongs alongside a slideable lens cap for those who value their privacy.

Last but not least, cooling has been bolstered through the integration of a vapour chamber and a six-point thermal sensor array tasked with keeping the dual fans running at optimal levels. Lenovo's vents are visibly bigger and the promise of "best-in-class efficiency while staying whisper quiet outside of full-tilt action" has us intrigued. Let's run the benchmarks and see if the Legion 7i lives up to its billing.