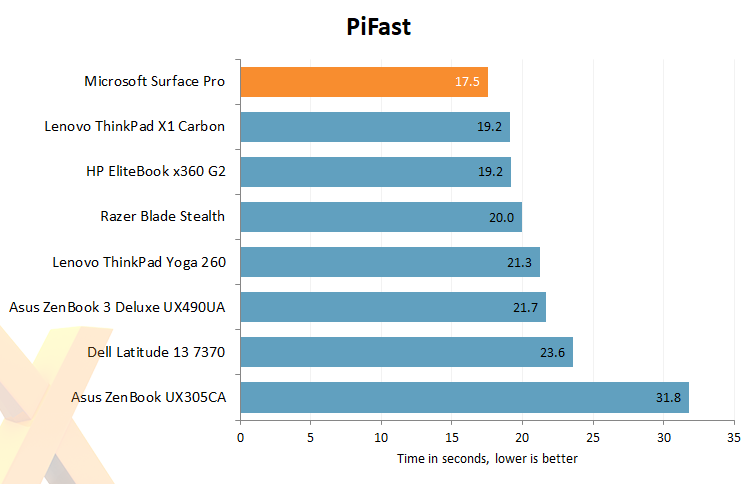 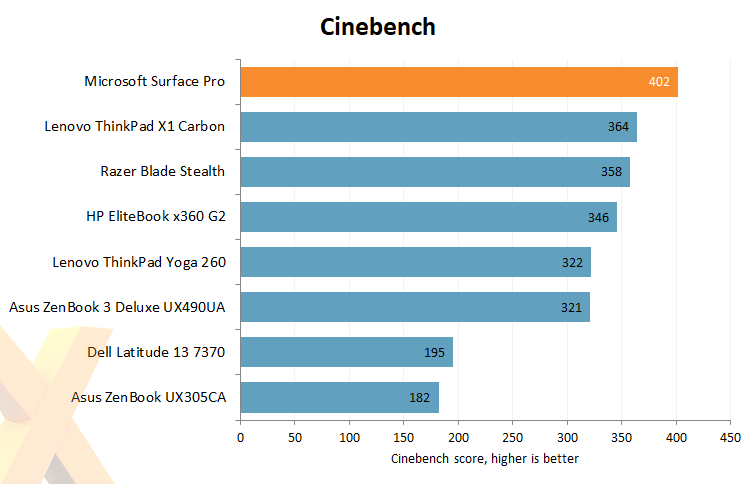 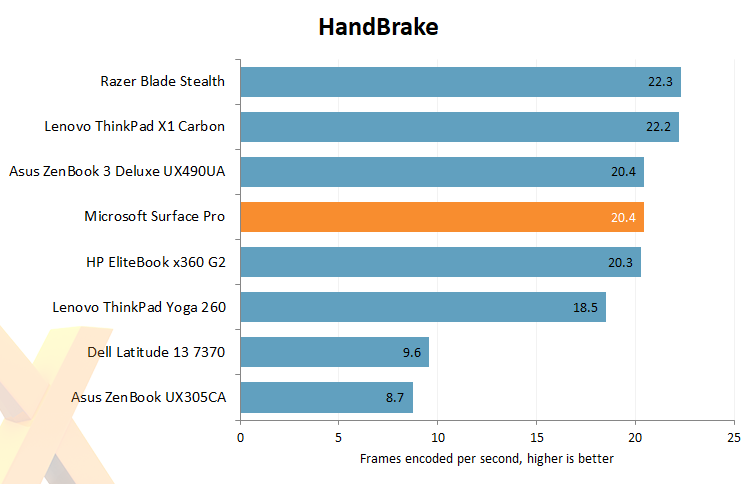 The Core i7-7660U is an optimal choice from seventh-generation Intel Kaby Lake. Peak speeds of up to 4GHz allow Surface Pro to top the PiFast and Cinebench charts, but Handbrake reveals an inevitable truth; place the chip under prolonged load and it will throttle.

Performance is nonetheless admirable for a machine as compact as this, but as is often the case with electronics, there's something better waiting just around the corner. Intel's recently launched Core i7-8650U packs twice the number of cores and threads and can hit 4.2GHz, so expect performance to increase significantly when laptops start packing eighth-generation Core hardware.