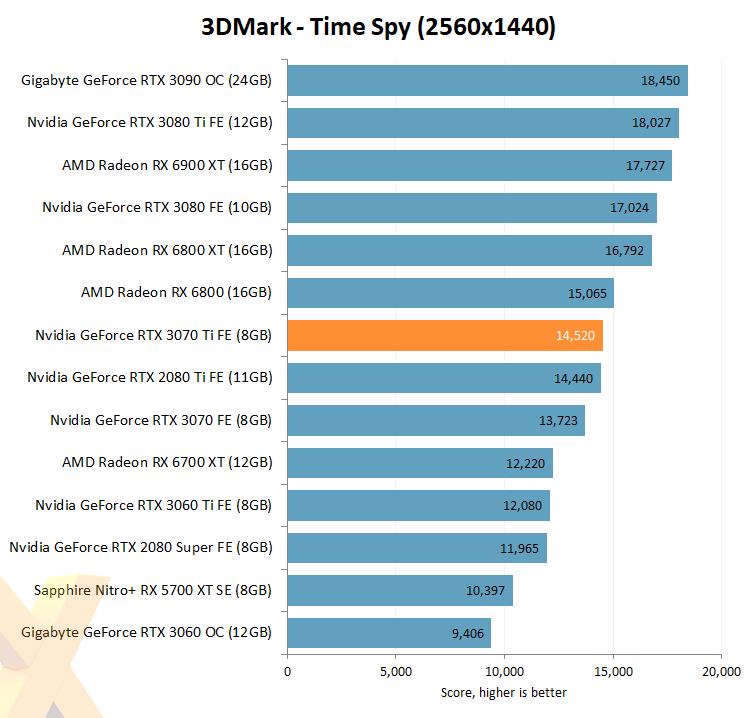 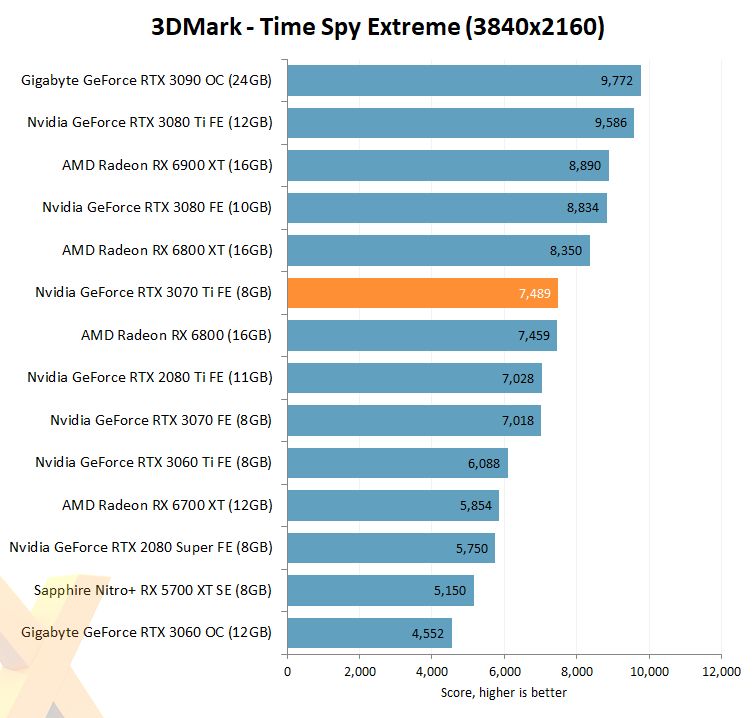 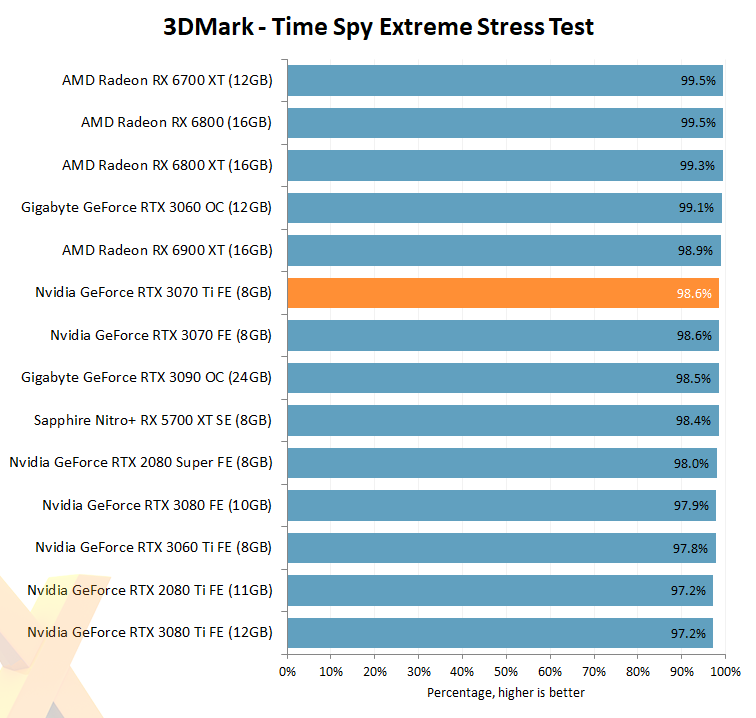 We appear to have a low-boosting Founders Edition card. Running at only 1,900MHz real-world boost, the non-Ti actually operates with higher clocks, going against their respective base specifications.

Such consideration makes the latest FE about seven per cent faster than the non-Ti, with almost all of the gain attributed to the much faster memory.