The global semiconductor shortage has brought new meaning to the term vapourware. Nvidia's RTX 30 Series GPUs have been severely affected, yet the products do exist, as every partner and retailer informs us that sales continue to defy expectations. It is that perfect storm of constrained supply and unprecedented demand.

When such shortages are likely to ease is anyone's guess, but our conversations with industry insiders suggest that high-end GPUs will continue to be hard to come by for the remainder of this calendar year, at the very least. Not great news, we're afraid, yet the chip giants aren't perturbed and new launches keep coming thick and fast. This week, Nvidia has taken the wraps off of the GeForce RTX 3080 Ti, and its army of AIB partners have followed suit. 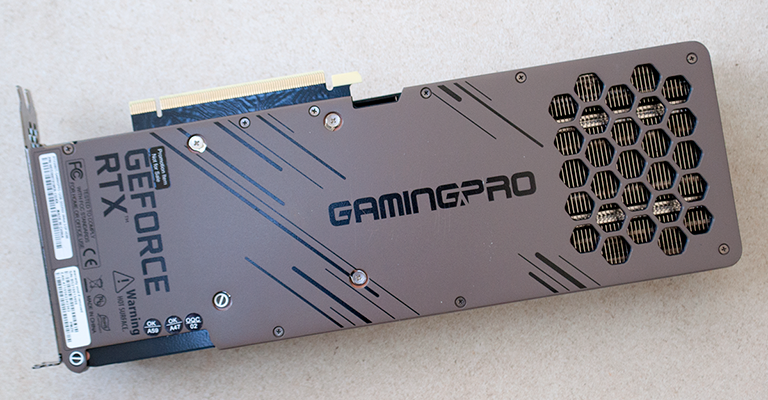 So severe is stock that getting review samples hasn't been easy. One big-name AIB told us it had but a handful of cards allocated for the entire UK, and we imagine others are facing a similar dilemma. Palit has managed to come through with the GeForce RTX 3080 Ti GamingPro, which might look familiar at first glance. That's because the cooler design hasn't changed since its first outing on RTX 3080 regular back in 2020.

Board dimensions remain unaltered at 294mm x 112mm x 60mm, as does the 1.2kg weight, and for a card as high-end as this, Palit's profile can be deemed somewhat modest. The card spills liberally into the third slot, but it sticks to a standard height and as such incorporates three relatively small 82mm fans sat atop two large heatsinks joined by U-shaped heatpipes. Still, cooling performance should be adequate, and the full-length metal backplate, complete with honeycomb mesh for greater airflow, provides good rigidity throughout. 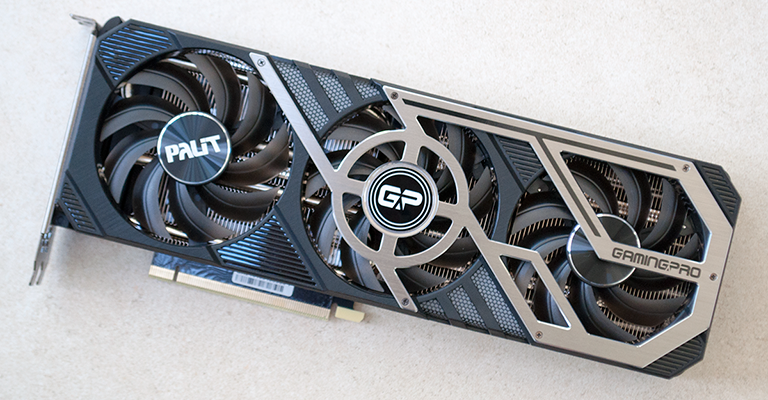 It's a shame Palit's design still features a cutout for SLI - it looks odd on models that don't support multi-GPU functionality - and if we're being overly critical, we're not huge fans of the greyish-brown colour of the backplate. There is RGB lighting, too, but the illumination isn't ostentatious and is limited to the 'GP' logo on the central fan and the three Adidas-like slithers either side. As before, all three fans switch off at low load, and unless we're mistaken, Palit appears to have smoothed out the transition between off and on; our review sample certainly sounds more polished to our ear. 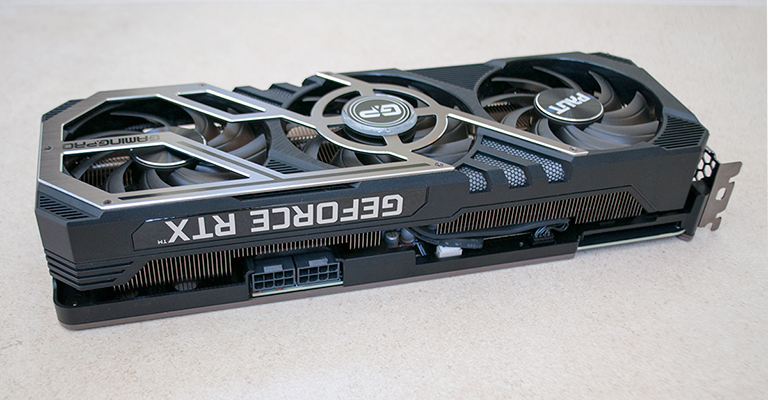 The usual quartet of display outputs includes one HDMI 2.1 and three DisplayPort 1.4a, and power is sourced from dual eight-pin connectors located roughly 70 per cent along the top edge. Palit has kept everything straightforward thus far, and the same holds true in the frequency department, where there's no factory overclock to speak of. A core boost clock of 1,665MHz is in line with Nvidia's Founders Edition, and memory is dialled-in to the default 19Gbps. No surprise, really, as RTX 3080 Ti runs fairly close to the limit as is.

Noteworthy extras in the GamingPro implementation are few and far between - don't expect dual BIOS or an aRGB synchronisation header - but you do get a rather nice GeForce RTX-branded acrylic support bracket. It isn't strictly needed as the card doesn't tend to sag inside our test platform, yet as far as support brackets go, this is easily one of the better looking and a nice addition to a windowed build. 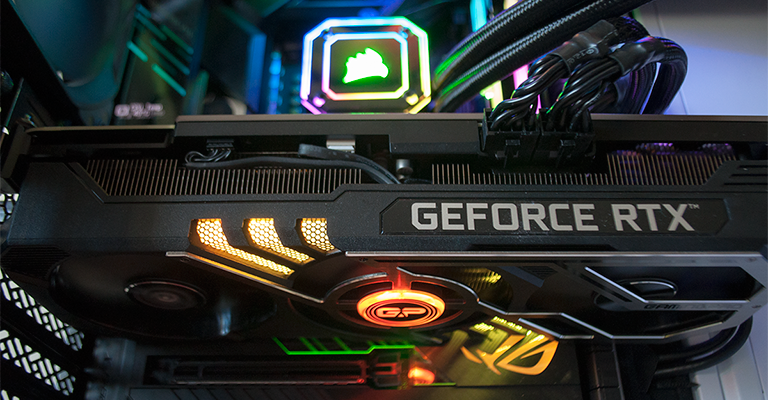 Ultimately, what we have is a feeling of a deja vu. RTX 3080 Ti, on paper, is another GPU that enthusiasts will be eager to get their hands on, and the specification bodes well for high-quality 4K gaming with all the latest RT and DLSS bells and whistles afforded by the Ampere architecture. Trouble is, when you'll be able to buy one, and for how much, remains a mystery. You will be waiting a while, and spending a lot (think £1,200+).

Performance should be right in line with the Founders Edition, but let's run through the benchmarks to see if there are any surprises in the power, noise and temp departments.