The tail end of 2020 ought to have been a joyous period for tech enthusiasts to take solace in exciting new hardware that helps detract from an otherwise difficult year. Cutting-edge graphics cards, new-and-improved CPUs and a handful of next-generation games consoles. Plenty to savour on paper, yet stock shortages are such that getting your hands on any of the aforementioned is proving easier said than done.

Still, we live in hope with our fingers hovering over F5, and if you've settled on Nvidia's GeForce RTX 3070 as your preferred gaming upgrade, here's a closer look at a Palit interpretation dubbed the JetStream OC. 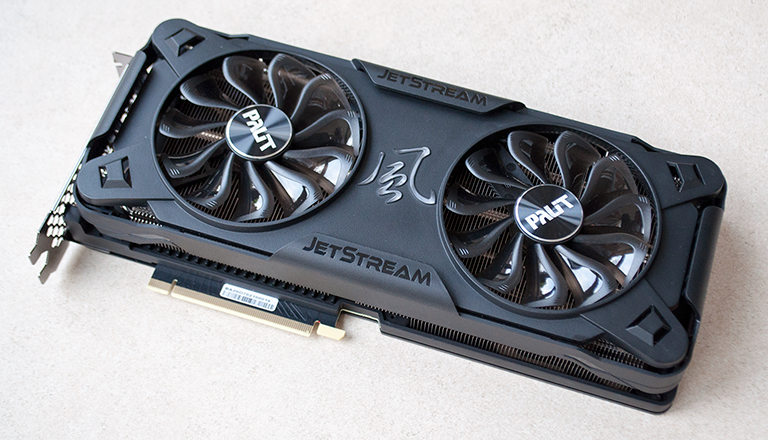 Aesthetics shouldn't really be a deciding factor when choosing a graphics card - the underlying GPU is what really matters - but I'm going to go out on a limb here and say I quite look the look of Palit's dual-fan design. The matte-black exterior has an almost unfinished quality about it, and it really doesn't need any further embellishment; it looks like the sort of card Batman might use.

One caveat to that is build quality isn't quite on par with a Tumbler. The plastic shroud encasing the fans inevitably exhibits some flex, yet there's good rigidity to the die-cast aluminium alloy plates that sandwich the PCB and aid heat dissipation. To that end, Palit employs a pair of 95mm fans sat atop a full-length heatsink, and such a meaty design may be necessary as JetStream OC pushes the third-rung Ampere GPU's power envelope up from 220W to 270W. 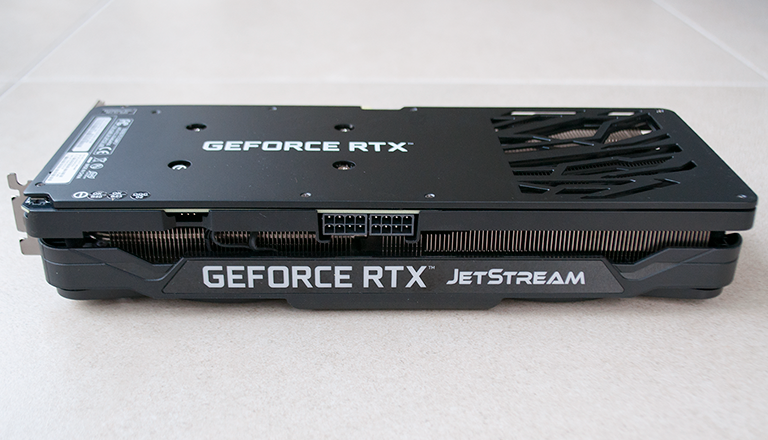 Dimensions of 304mm x 136mm x 60mm make the card both taller and wider than a strict dual-slot solution, and a lot of that real estate is dedicated to cooling as the PCB itself measures only 170mm in length. A drawback to such a large cooler on a relatively short board is that the dual eight-pin PCIe power connectors are situated nearer the middle of the card, making them difficult to reach while keeping cables tidy. Confounding matters, Palit also has the aRGB header further along the top edge - good luck trying to keep it neat with that cable attached.

As the name suggests, the card is overclocked right out of the box, with boost clock raised from 1,725MHz on Nvidia's Founders Edition to 1,815MHz on the JetStream OC. That isn't the highest shipping frequency we've seen, yet what's written on the box doesn't always reflect real-world performance, and in our labs the Palit card has proven to be among the quickest RTX 3070s tested. The 8GB GDDR6 frame buffer as expected remains unaltered at 14Gbps, yet those who like to tinker will appreciate the fact that Palit includes a dual BIOS as standard. 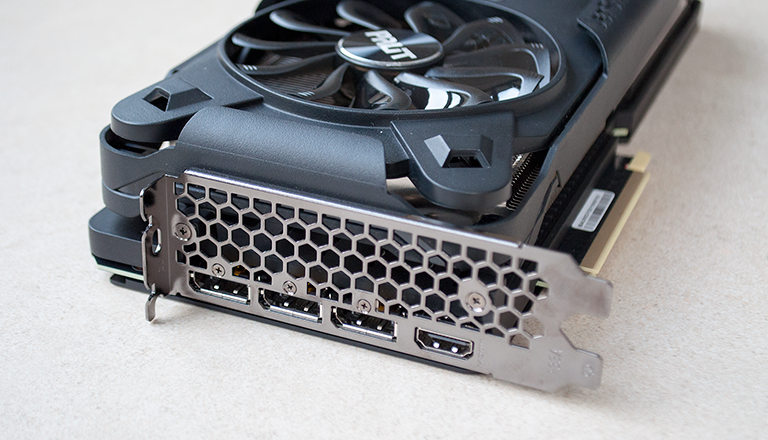 A small switch located on the top-corner of the PCB allows users to alternate between Performance (default) and Silent modes, though in practise we found it nearly impossible to differentiate between the two. Boost clock is kept to 1,815MHz irrespective of BIOS, both fans switch off at low load and fan speed in either mode reached 1,700rpm when gaming inside our test platform. It's nice to have a fail safe just in case, but don't expect one BIOS to be markedly different to the other.

There's nothing of particular interest to report in the I/O department, where Palit includes the standard arrangement of three DisplayPort 1.4a and a single HDMI 2.1. 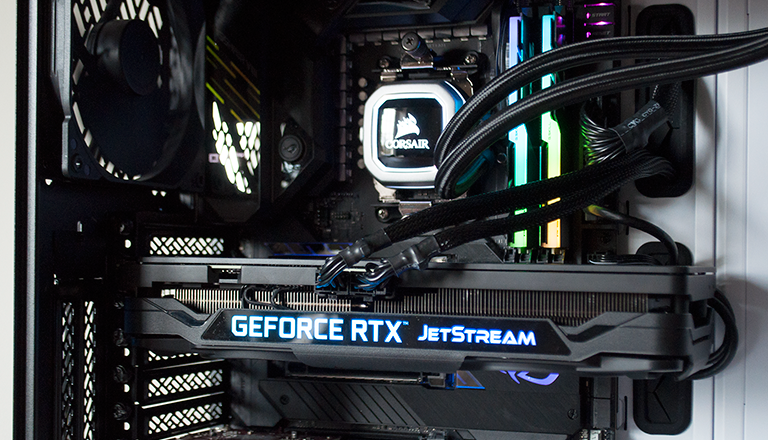 No card is complete without RGB lighting, and JetStream OC's addressable illumination is restricted to the branding across the top of the card. The effect works well, and visuals can be customised manually via the optional ThunderMaster utility if you choose not to take the aRGB route. We're pleased to see the 1,261g board remain upright without the need for an additional support bracket, though it's a shame those central power cables spoil the overall look.

You might have noticed that we've yet to mention an MSRP. With the current retail predicament, we've struggled to find any Palit RTX 3070 model in stock at the time of writing, while the JetStream OC isn't yet listed with the popular retailers. We expect it to fetch somewhere between £500 and £600, but with availability being as scarce as it is, we're reluctant to make any predictions on when it might be available and exactly how much you can expect to pay.