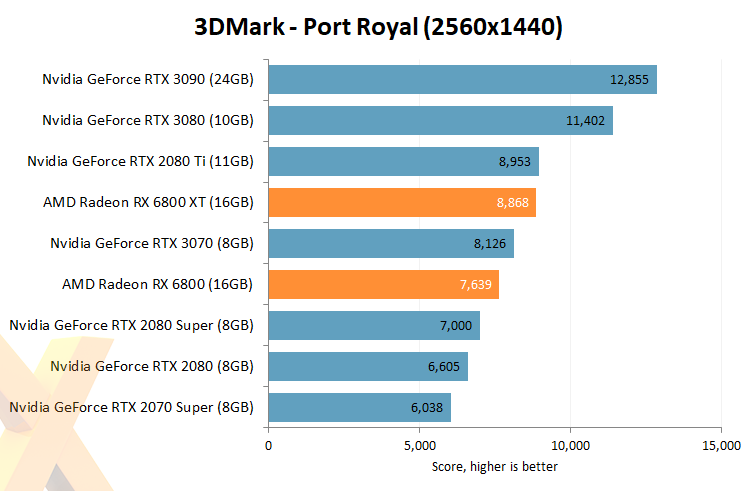 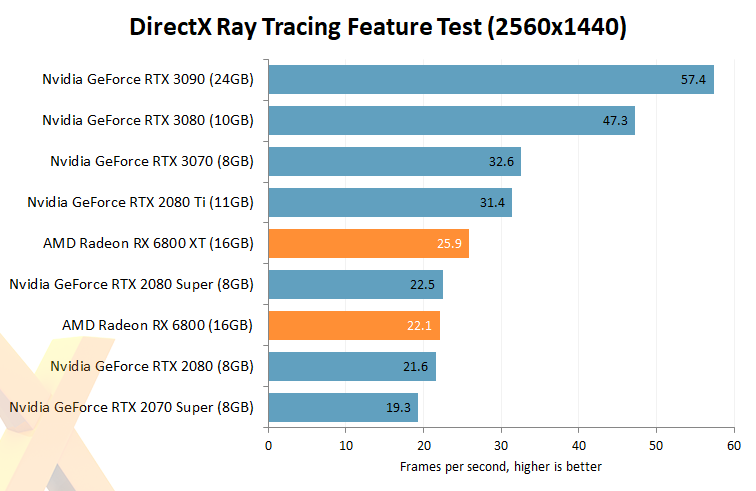 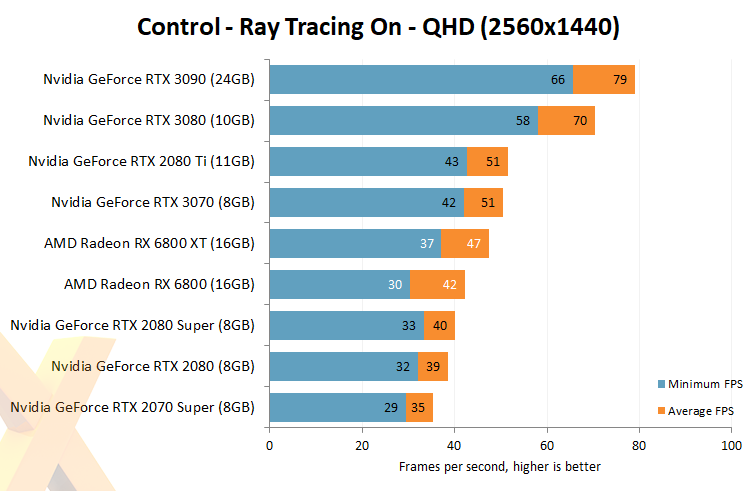 3DMark Port Royal shows AMD is somewhat behind Nvidia in a rasterisation-plus-ray tracing approach. Looking at pure ray tracing through the recent DXR test from Futuremark paints a bleaker picture as Nvidia's RT Cores enjoy a commanding advantage over AMD's - RTX 3080 is almost twice as fast as RX 6800 XT.

What actually matters is in-game performance in a well-coded game. We examine this by running Control at QHD with ray tracing set to high. Performance isn't close between comparison pairs. RTX 3080 is a whopping 49 per cent faster than RX 6800 XT. RTX 3070 is over 20 per cent faster than RX 6800, and that's without taking DLSS 2.0 into account, which further increases Nvidia's framerate lead. You're not buying Radeon RX 6800 Series for immediate ray tracing prowess. 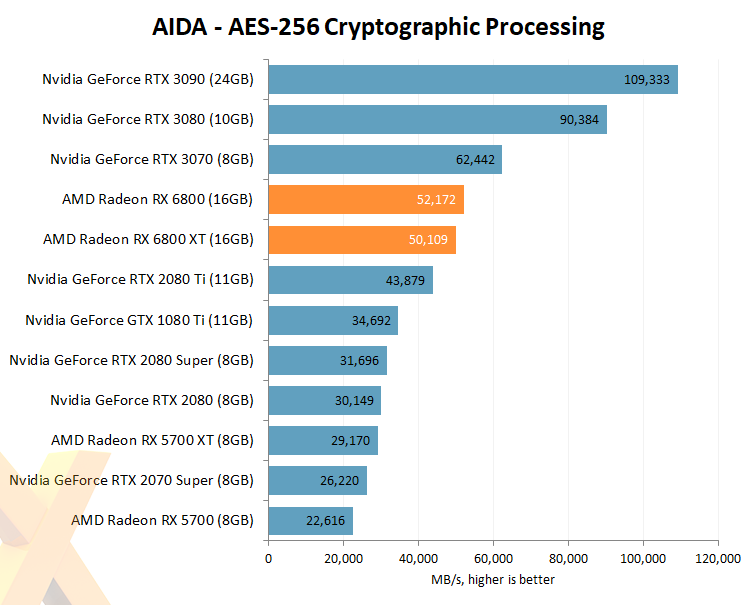 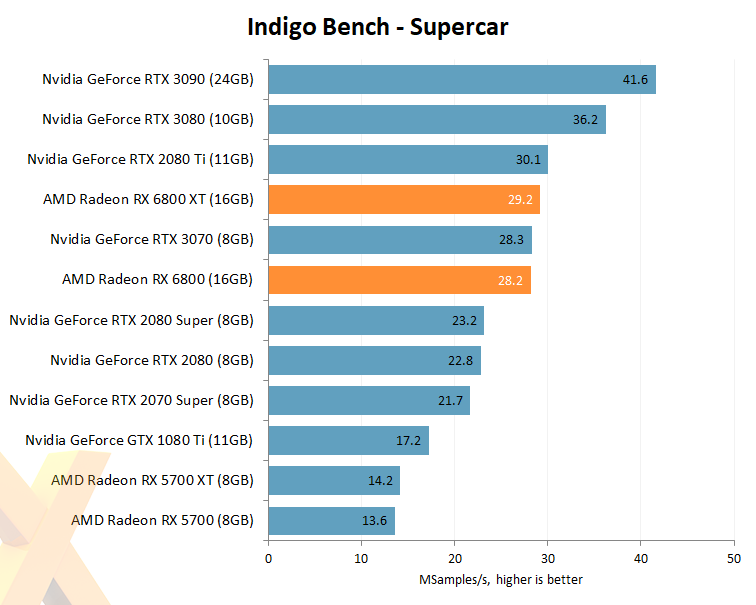