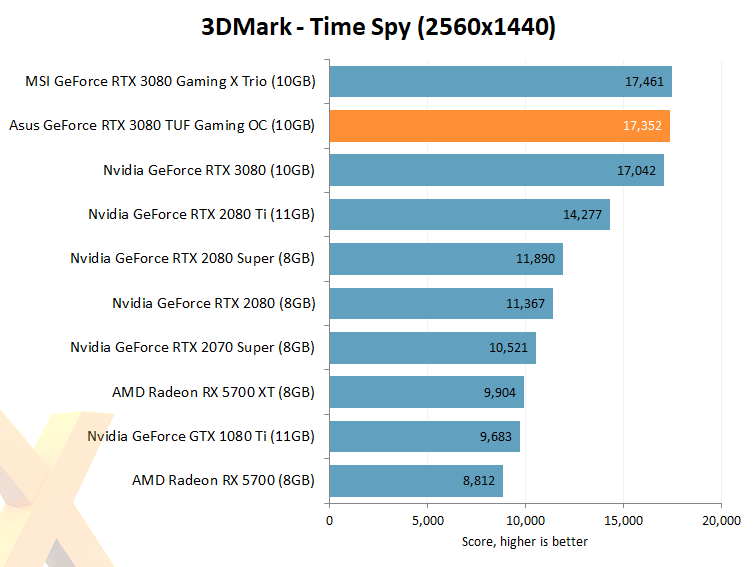 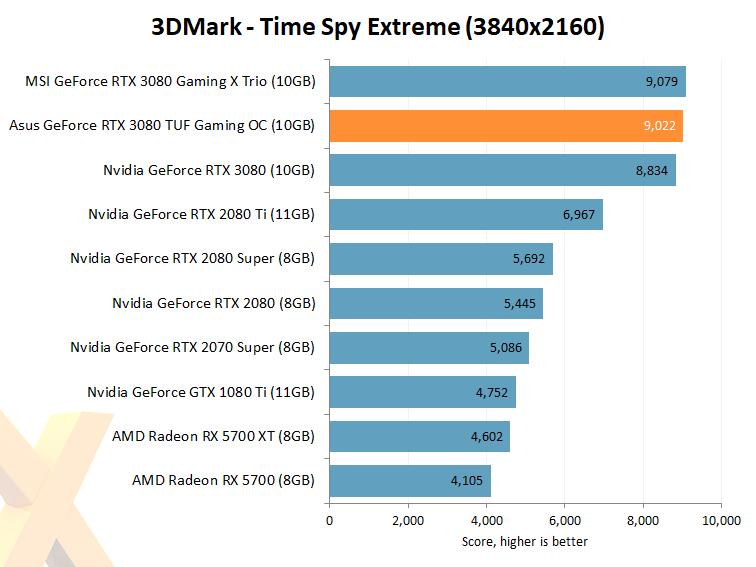 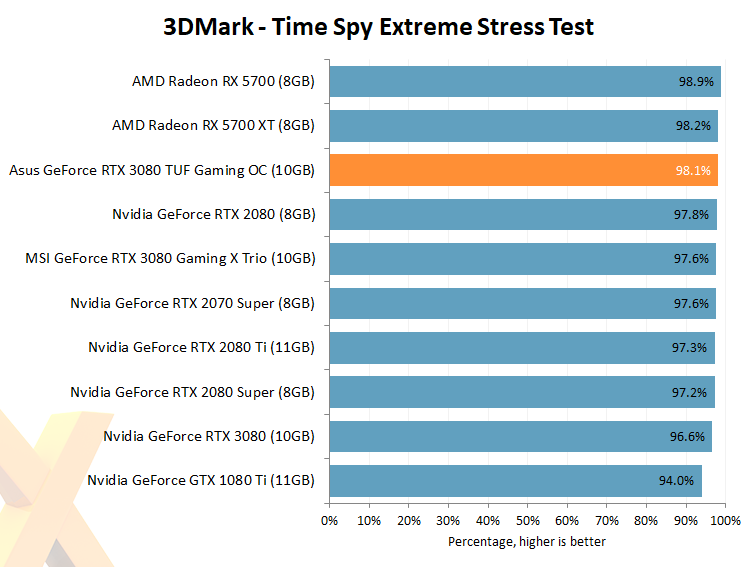 It's difficult to eke out a large lead over the Founders Edition card because it boosts higher than its reported 1,710MHz, leaving partners with limited scope to operate at higher frequencies.

That said, the Asus model is able to surpass 9,000 marks in the Extreme test - it wasn't long ago that 9,000 was considered genuinely premium at the lesser default test.

The massive cooler also does better at keeping consistency over time; it passes the tough Extreme Stress Test - the FE does not.