It may seem there isn't much going on in the PC graphics world during the first half of 2020, but we assure you, this is merely the quiet before the storm. AMD RDNA2, Nvidia Ampere and at least a couple of hard-hitting consoles from Microsoft and Sony are creeping closer to reality. Plenty of excitement on the horizon, yet it is always interesting to reflect on what's available right now, and refreshed graphics card designs have provided an opportunity to revisit the segment.

Palit's triple-fan GamingPro makeover has recently passed under the spotlight in RTX 2070 Super guise, and the custom cooler did a decent enough job of presentation on the x70-Series GPU without pushing pricing too far above reference levels. Can Palit successfully perform the same trick on an RTX 2080 Super? Only one way to find out. 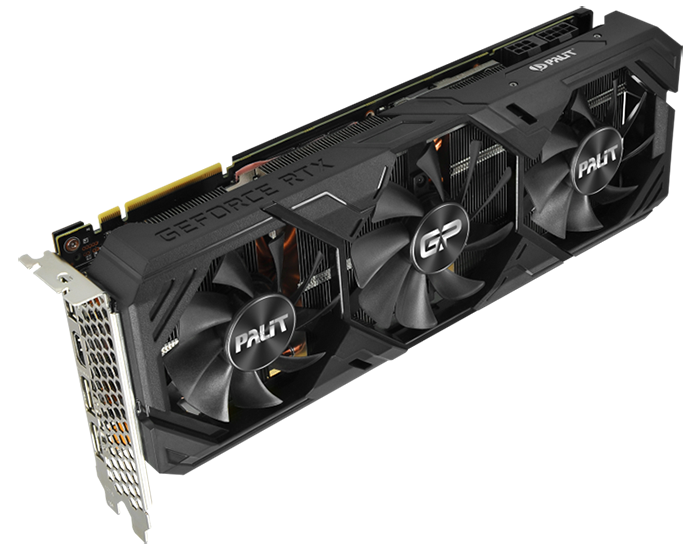 Don't read too much into the 'OC' designation, mind. By default, boost clock is raised by less than two percent, from 1,815MHz to 1,845MHz. Memory frequency remains unaltered, with the 8GB GDDR6 buffer operating at the default 15.5Gbps, and the real-world experience is murkier still. Our logs reveal that Nvidia's reference Founders Edition card would hold speeds of between 1,905MHz and 1,950MHz when gaming inside our test platform. To our surprise, the Palit is a tad slower, settling into an actual speed of 1,890MHz under load.

A slight deficiency in real-world frequency is reflected in the upcoming graphs - Palit's latest RTX 2080 Super isn't any quicker than reference - and that's a stumbling block given that the Founders Edition carries a £689 MSRP. The hope for a custom cooler is to entice would-be buyers with the promise of superior build quality, more performance and reduced temperatures, yet while Palit does offer an additional fan (three vs. two on the FE), overall construction isn't as refined as Nvidia's reference board.

As expected, the cooler is exactly the same as the recently reviewed RTX 2070 Super model. There's a central 90mm fan flanked by 75mm blowers either side, half-a-dozen heatpipes traverse a full-length aluminium heatsink that makes good contact with core, memory and VRMs, and a full-size backplate finishes it off nicely. Both fans turn off at low load, rendering the card silent when not gaming, however fan speed does briefly boost to 100 per cent at first boot, resulting in a shrill noise that can be off-putting.

On the whole, Palit's presentation is tidy - RGB lighting is restricted to the brand logo across the top, which changes colour to reflect core temperature - and though the card does spill into a third expansion slot, overall dimensions of 288mm x 112mm x 50mm are relatively forgiving by today's high-end standards. A 965g weight shouldn't pose a problem, either.

But is tidy good enough? Though we quite like Palit's understated approach, there's no escaping the fact that the plastic qualities of both shroud and backplate don't look or feel as luxurious as Nvidia's reference board. Not such a problem on the RTX 2070 Super, but when it comes to the next GPU up the ladder, and with pricing soaring closer to the £700 mark, you naturally come to expect a little more. 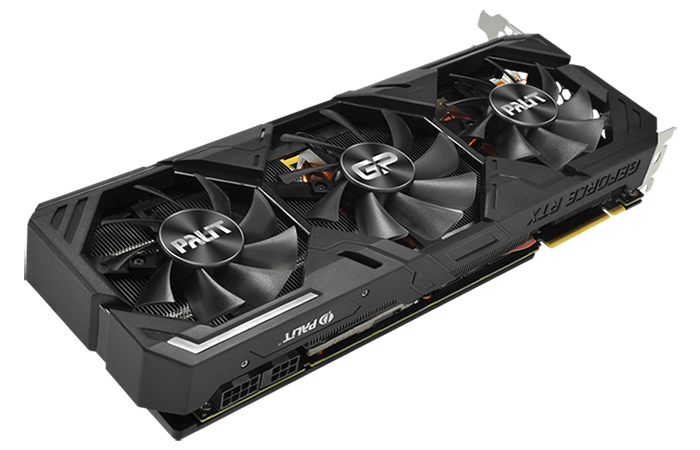 And that price tag ultimately takes some getting over. At launch in 2018, the so-called RTX premium was, if not acceptable, at least stomachable as the cost of getting early access to cutting-edge tech. As we approach the midpoint of 2020, ray-tracing support remains scattered, and the thick end of seven hundred pounds feels a hefty sum for a second-rung GPU requiring tweaks to graphics settings in order to deliver smooth 4K gameplay.

Value isn't a strong suit, particularly at this late stage in the product's life cycle, and such lofty numbers may soon be framed in an entirely new light. Are £500+ PC graphics cards going to be increasingly tough to justify in the face of next-generation games consoles? Conjecturing somewhat, would a die-hard PC gamer be tempted to instead buy an Xbox One Series X if it were to launch for similar money? It is too early to tell, but the convergence between the PC and console space is going to make for interesting viewing.

Getting back to the card at hand, Palit doesn't pull any major surprises. Power is sourced from the usual 6+8-pin configuration, and display outputs are standard fare, with a single HDMI 2.0b and three DisplayPort 1.4a.

Sounds a basic setup, and in truth it is, but there isn't a whole lot more Palit can do. Add-in-board partners have found it difficult to stand apart from the Founders Edition while remaining competitive on price, and in Palit's defence, the GamingPro OC will be one of the most affordable custom-cooled RTX 2080 Super cards when it arrives at retail in the coming weeks.