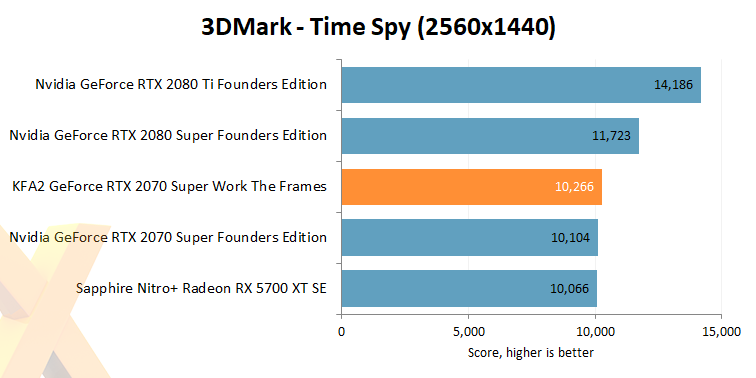 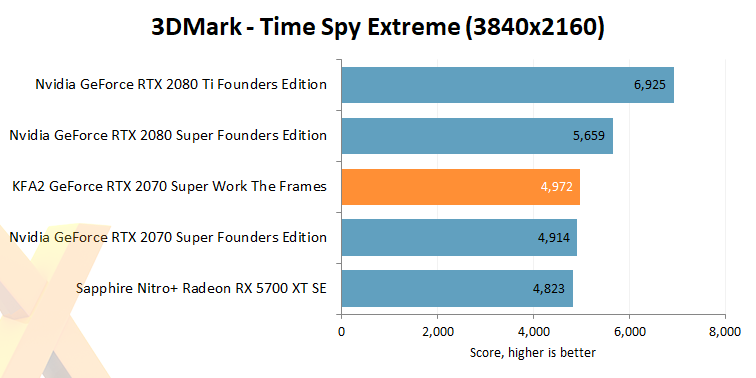 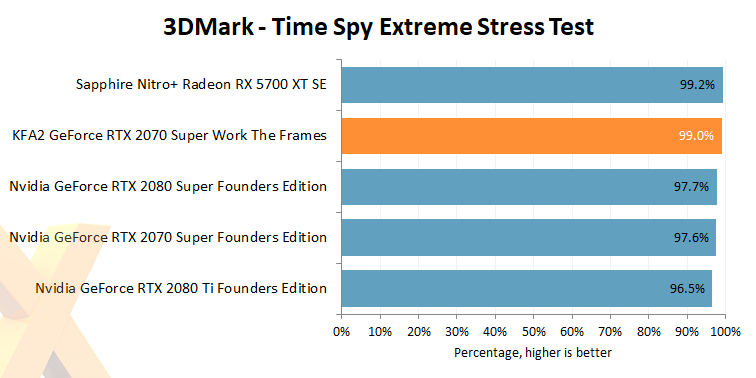 Having only premium GPUs in the line-up is highlighted by each scoring over 10,000 marks in the default test, where scores are a few percentage points higher on this new platform. Running at a solid 1,905MHz boost through the test, the KFA2 card still has to work hard to beat the £100 cheaper Radeon RX 5700 XT SE.