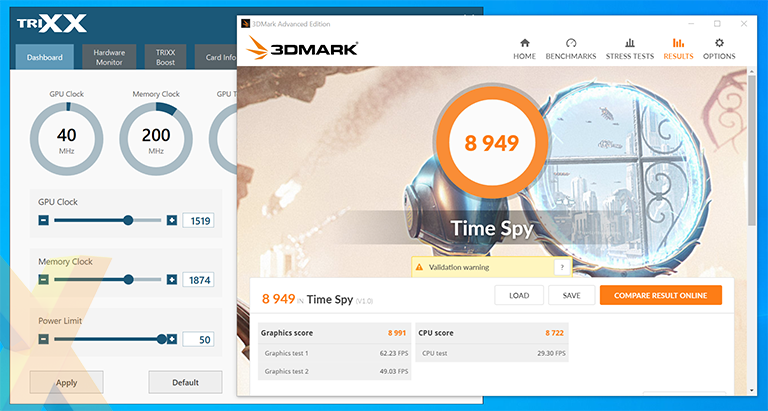 Overclocking the Radeon RX 5700 XT at launch was problematic to say the least due to driver bugs hampering the GPU's thermal profile. The amount of WattMan errors we encountered during our attempts with Sapphire's Pulse suggests that there are still plenty of wrinkles to be ironed out, but with a bit of experimentation, we did manage to obtain some results.

Adding 100MHz to the GPU clock proved stable enough (note that TriXX and GPUz report incorrect values, another driver issue) and memory was able to operate at an effective 15Gbps, the maximum permitted by the TriXX utility. It is worth pointing out that in-game frequency is heavily reliant on cooling in our test chassis, and in order to get the overclock to show actual gains, we were forced to manually crank-up GPU fan speed during the following tests. 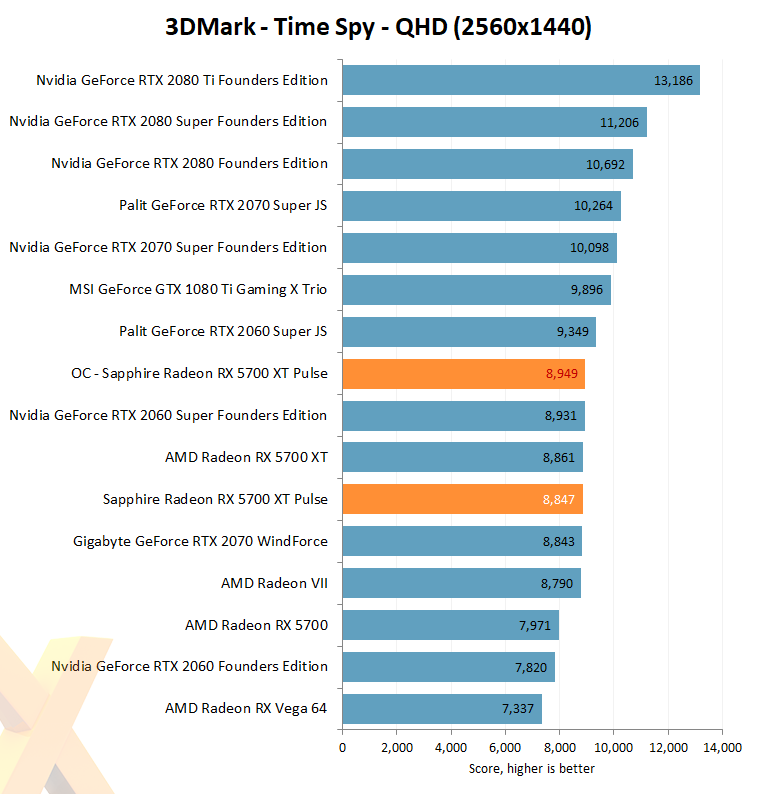 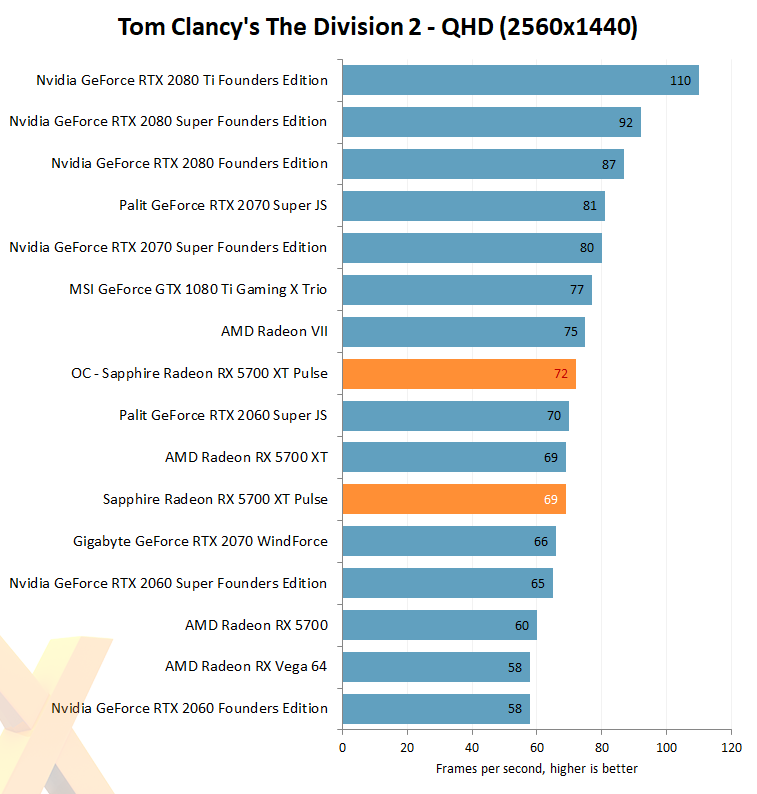 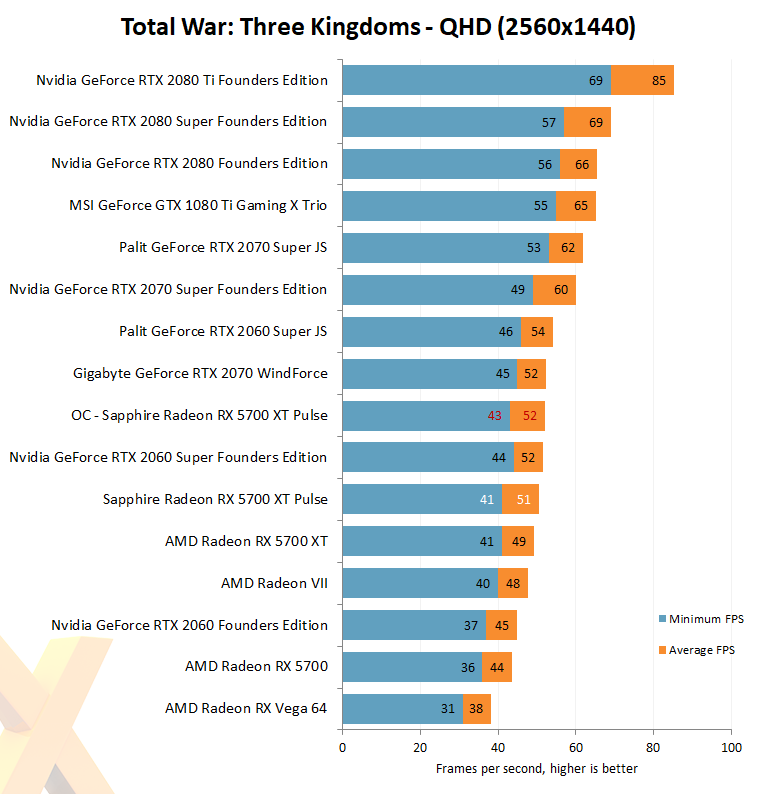 Small gains across the board, and from what we've seen thus far, extracting more performance from the Radeon RX 5700 Series isn't as easy as rival GPUs.