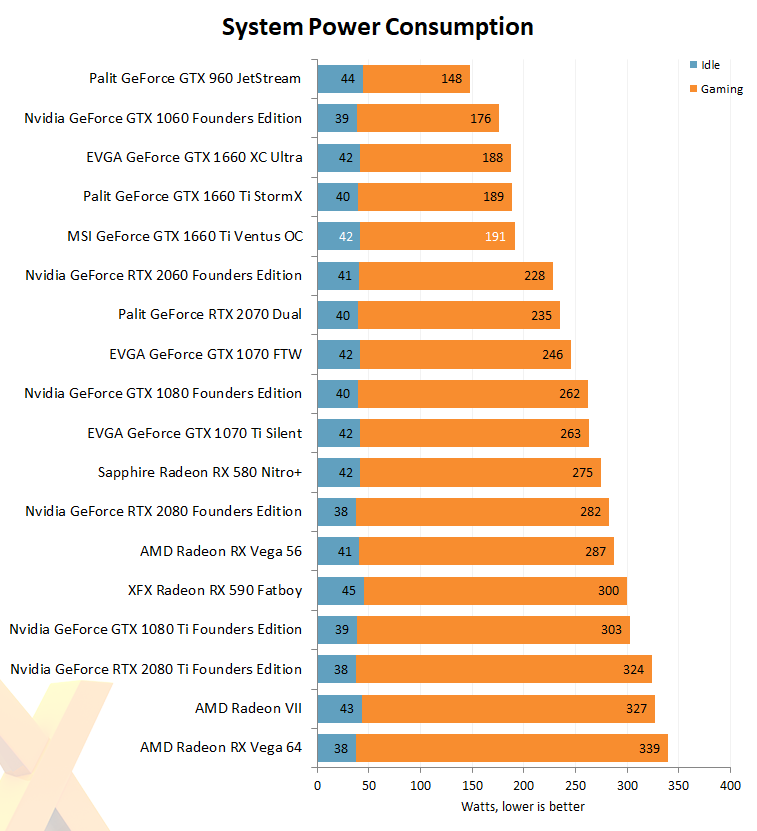 Running at a higher boost speed means a bit extra voltage. Combining the two increases power consumption a notch or two. But no-one should really complain at a system chewing through less than 200W at the wall. 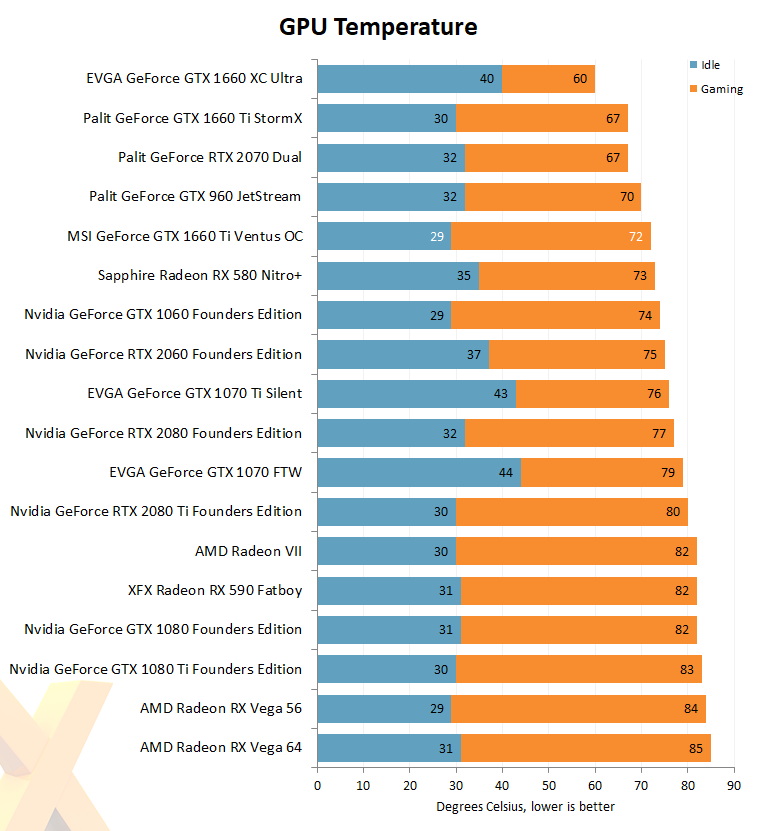 The Ventus' fans remain on at all times, spinning at 1,300rpm at idle, escalating to 2,000rpm at full chat. 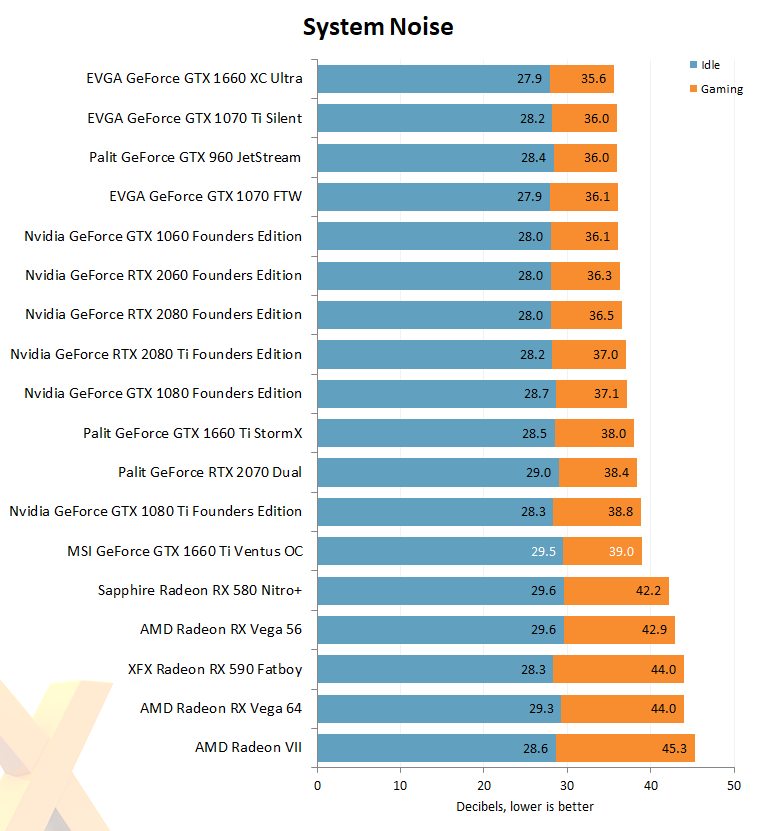 And that means that a strict lack of noise is not its strongest suit. It's not obviously loud, like an AMD reference card, though a number of 10- and 20-series GPUs do better.