You are here:
CPU Laptop Reviews

The arrival of Intel's Tiger Lake-H mobile processors will help power a new generation of high-performance laptops. Initially launched in a quintet of flavours, the 10nm SuperFin parts utilise the same Willow Cove CPU architecture as existing Tiger Lake-H35, but up the ante through hexa- and octo-core configurations aimed squarely at the enthusiast user.

Three of the five new additions, launched under the Core i7 and Core i9 umbrellas, feature the eight-core, 16-thread layout, and all five Tiger Lake-H parts benefit an updated platform. DDR4 memory support has been bumped up to 3,200MHz, there are 20 high-speed PCIe 4.0 lanes emanating from the CPU (a first for consumer laptops), and the combined benefit of a 10nm process alongside architectural improvements should result in a welcome performance bump over 10th Gen predecessors.

Plenty of design wins have been announced by all the major laptop manufacturers, yet to our surprise Intel has opted against seeding press with real-world systems, deciding instead to send a reference unit outfitted with the range-topping Core i9-11980HK. Intel is keeping tight-lipped on which ODM supplies the hardware - though the MSI box is admittedly something of a giveaway - but just to be clear, this Intel-branded laptop is not something you'll be able to buy at retail. It exists solely to showcase the capabilities of the new CPU.

It is a sleek build, that's for sure, but the thin, sub-20mm chassis is an interesting choice given that the Core i9 is intended for laptops that fit into the desktop replacement category. Said chip can be configured to a standard 45W TDP, as tends to be the case in most high-performance laptops, or a beefier 65W TDP that allows for a 3.3GHz base clock. 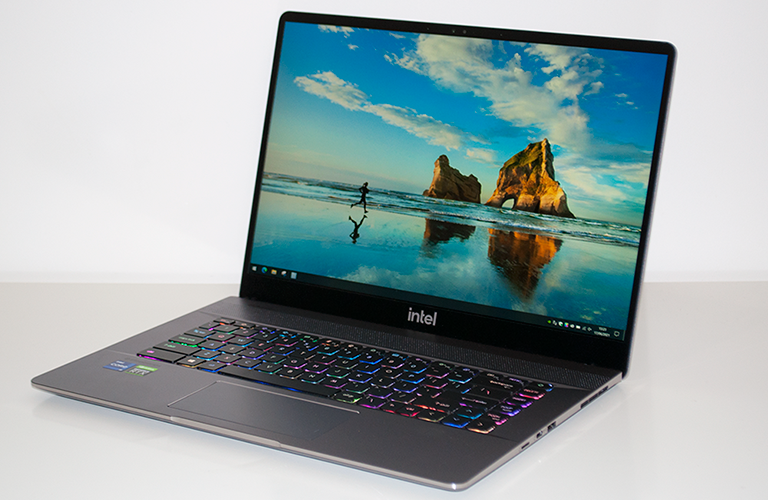 Despite the slim profile, Intel goes right ahead and flicks the 65W switch, encouraging higher sustained clock speeds, albeit at the expense of heat and noise. As the benchmarks will illustrate later, the shrill of the fans is unmistakable, while the chassis gets uncomfortably hot to the touch. Not ideal, but perhaps a sign of what it is going to take for Intel to close the gap on AMD's Ryzen 5000 Series, particularly in prolonged multi-threaded tests.

Onboard graphics are branded as 'Intel UHD for 11th Gen Intel Processors,' and though derived from Iris Xe, feature just 32 of the usual 96 execution units. No surprise, really, as any laptop featuring a Tiger Lake-H CPU ought to come equipped with a powerful discrete graphics as standard. That being the case, we're left scratching our heads as to why Intel's reference laptop - designed to showcase Core i9-11980HK at its best - features a decidedly mid-range Nvidia GeForce RTX 3060 Laptop 6GB GPU configured to a low-end 65W TGP. 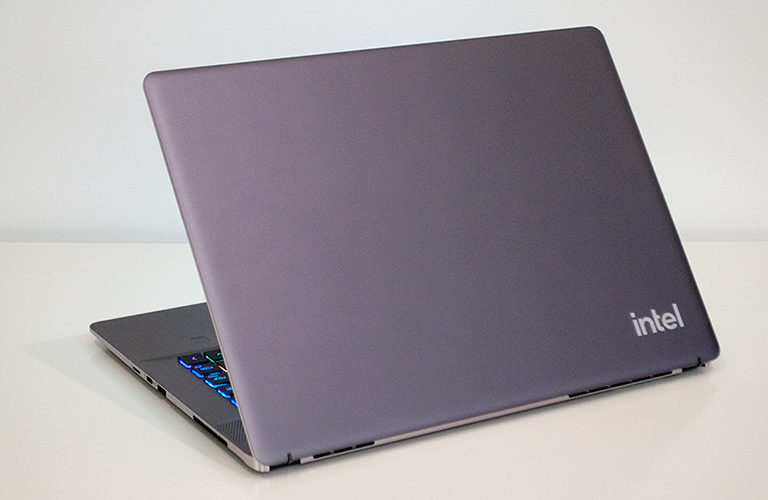 Tasty specifications, for the most part, yet this initial look at Tiger Lake-H performance is merely an introduction to various laptops being launched in the months ahead. Question is, can Intel's best challenge the growing influx of AMD-based competitors? Let's run some benchmarks and see what's what.