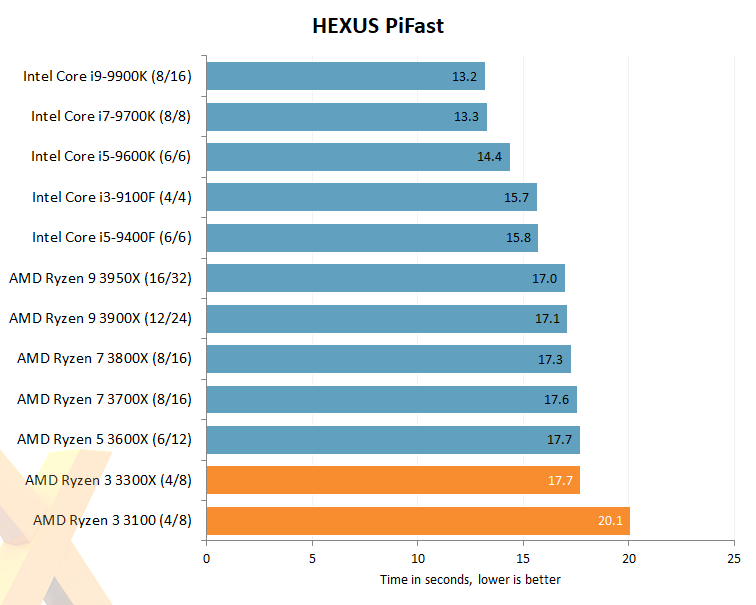 Ryzen 3 3300X does pretty well here for an AMD CPU because it does opportunistically boost to 4.3GHz when conditions allow. The cheaper 3100X plays to its rulebook by jumping up to 3.9GHz, but the problem is that a sub-4GHz clock is old news. 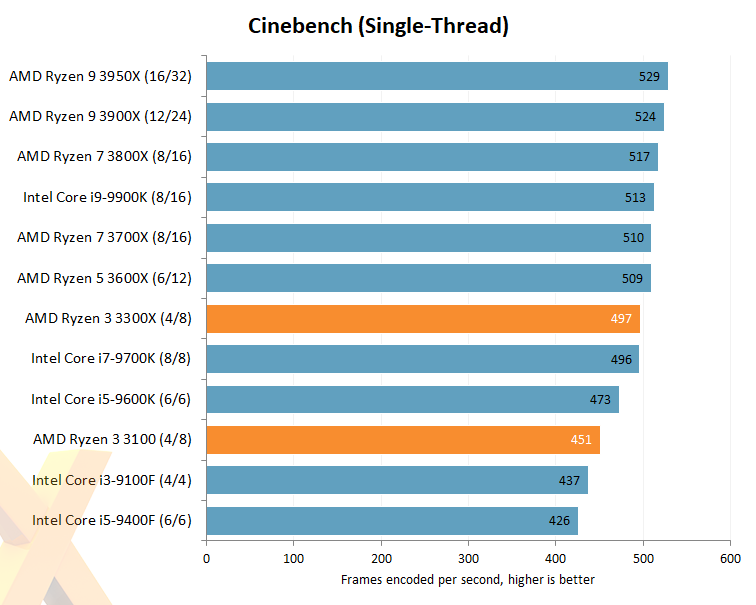 That viewpoint is reinforced in the single-thread Cinebench test, where the 3300X is 10.2 percent faster than its little brother. The Zen 2 architecture cannot match the latest Core in frequency, of course, but it remains potent nonetheless. 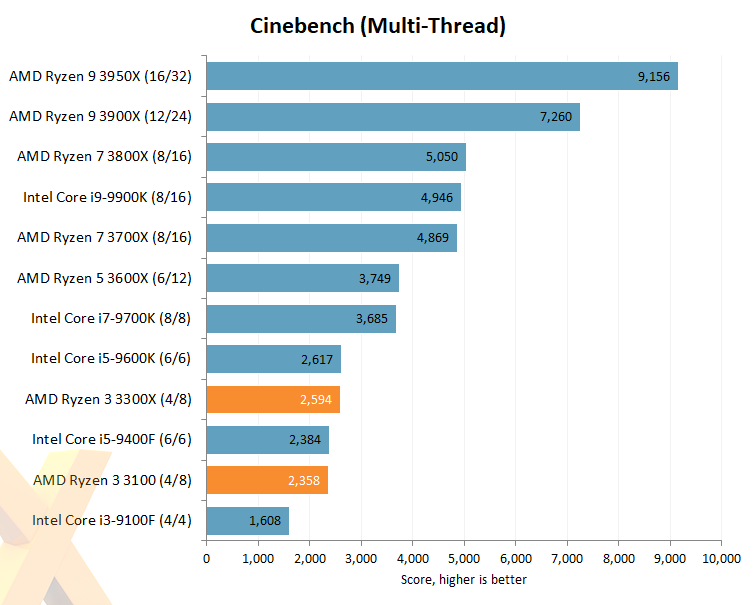 Ryzen 3 3300X does battle with Core i5-9600K and Ryzen 3 3100 is pretty much the same speed as the Core i5-9400F, and both Intel parts are more expensive. Things will change with 10th Gen Core, naturally, yet AMD's all-core muscle is clearly in evidence across the stack. 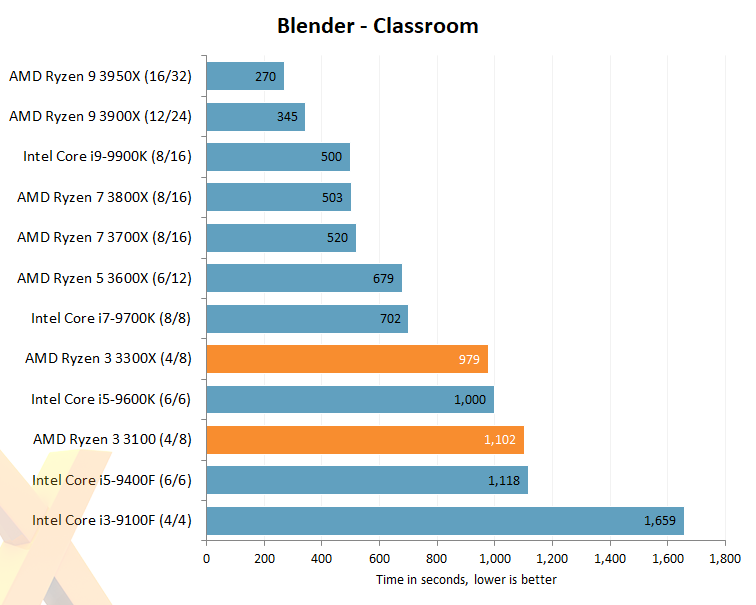 You don't want a Core i3-9100F for heavy rendering. In keeping with Cinebench all-core scores, the AMD duo battle well against Intel Core i5 9th Gen. Part of the reason is that, unusually, both Ryzen 3s run their all-core frequency at maximum turbo speeds, so 3.9GHz for the 3100 and 4.3GHz for 3300X.

What you can also see is Zen 2 scales nicely across cores and threads and models. Ryzen 7 3800X is almost twice as quick as the Ryzen 3 3300X, while the Ryzen 9 3950X is almost 2x the speed again, all on the same socket and motherboard.