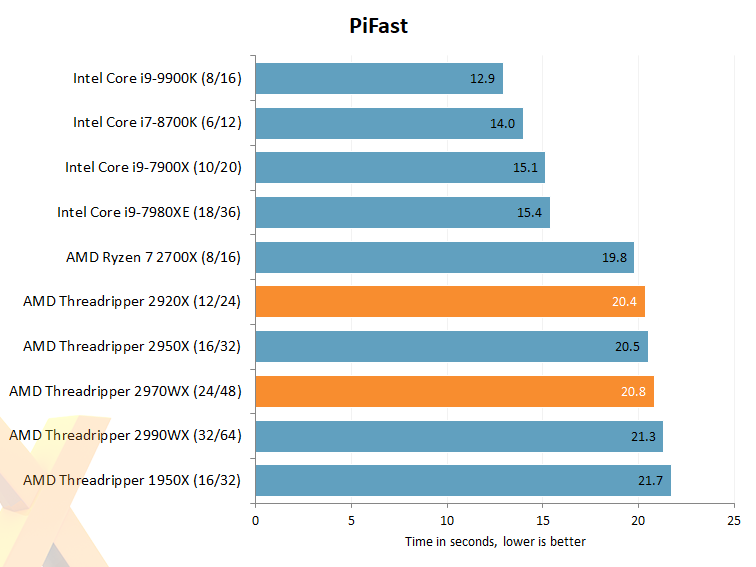 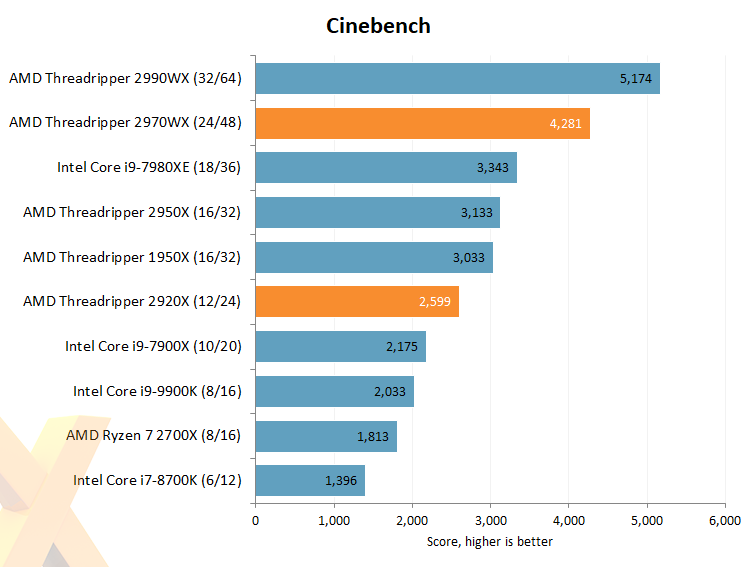 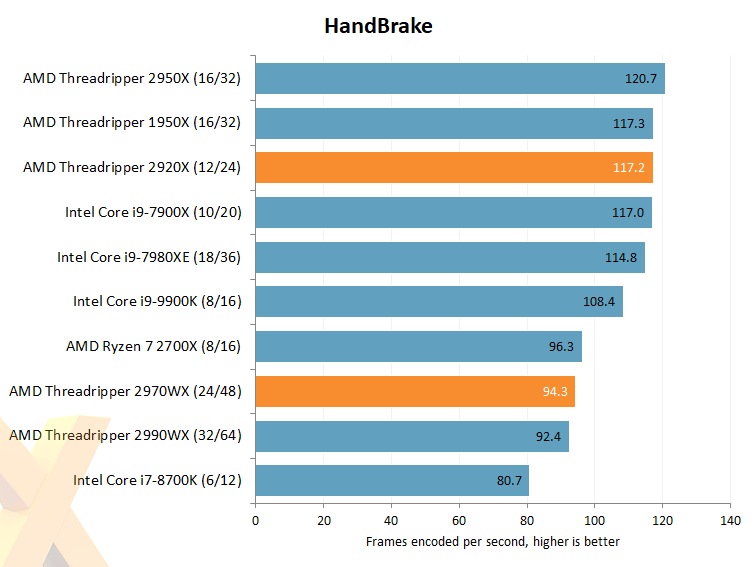 It's no surprise to see Threadripper bringing up the rear in the light-load PiFast test. Though 2nd Generation Ryzen Threadripper improves upon the frequencies of the first iteration, Intel holds a comfortable lead, and we don't see that changing for a long time.

Yet you don't consider a Threadripper for measly loads. At its best when each core and thread is taxed to the maximum, it does predictably well in Cinebench, with the 2970WX filling the huge gap between Core i9-7980XE and TR 2990WX.

Meanwhile, the much cheaper 2920X is no slouch, and it is about 30 per cent faster in that benchmark than the shiny, new Core i9-9900K.

However, having lots of cores doesn't play so well with HandBrake, where the 2970WX has the same pitfalls as the range-topping chip. There are simply too many threads that go unused, and scheduling is such that the application cannot, say, just grab 12 cores. If it could, performance would be right up there with the 2920X.