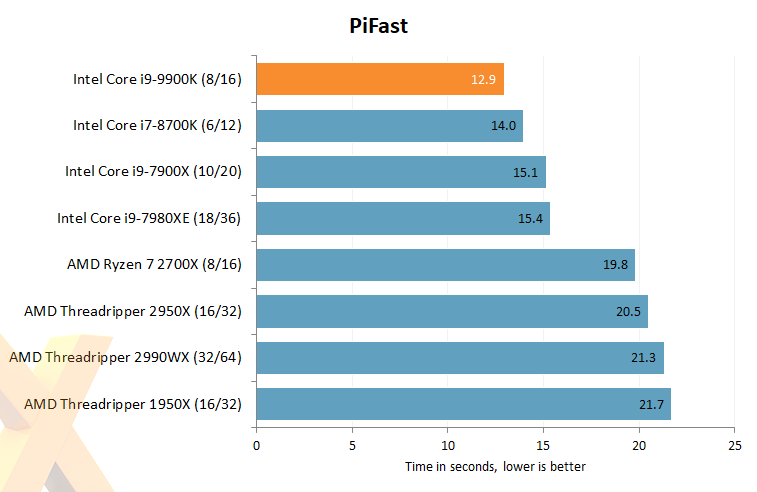 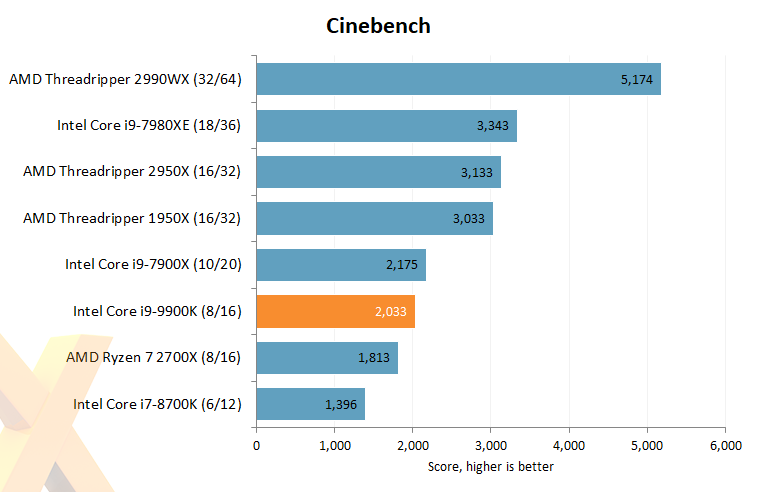 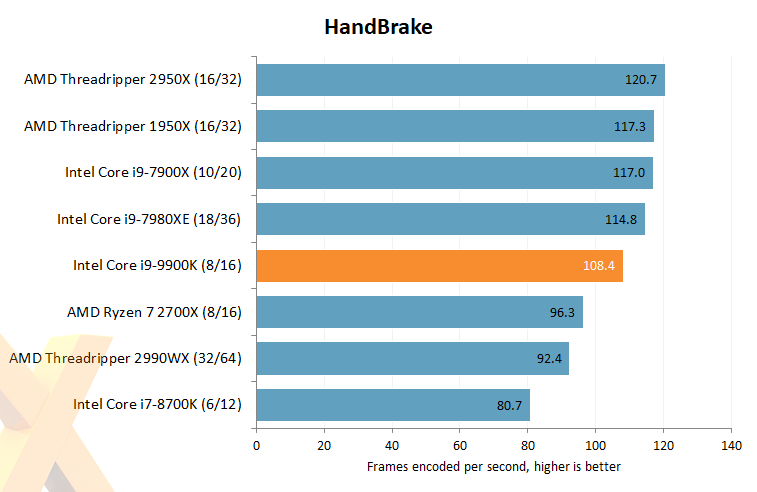 With two of its eight cores able to hit 5GHz, the Core i9-9900K has no problem racing to the top of the PiFast chart. Single-thread performance is exemplary, and the chip is snapping at the heels of the $999 Core i9-7900X in Cinebench.

Too expensive to be deemed mainstream? Not enough cores to be viewed as HEDT? The Core i9-9900K is something of a go-between, making it a solid choice for enthusiasts wanting maximum IPC and gaming performance, as well as a decent helping of cores and threads.