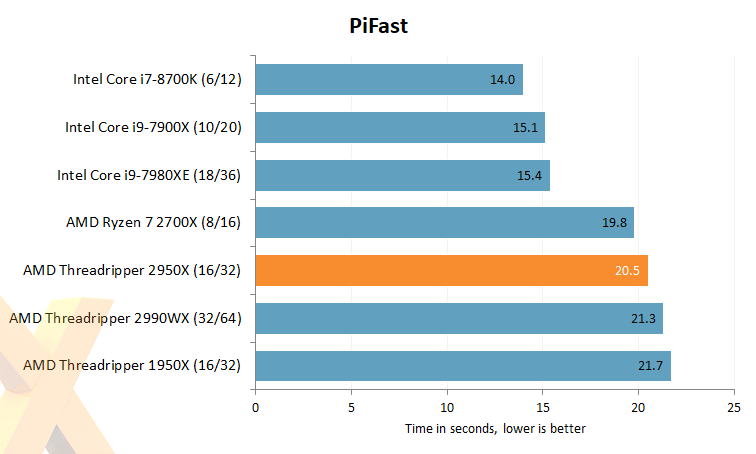 The key comparisons are Threadripper 2950X vs. 1950X, and 2950X vs. 7900X. Understanding how these play out will enable us to accurately gauge exactly where the highest-performing X-series chip sits in the overall performance hierarchy.

It is a known quantity that AMD struggles to match the low-thread performance exhibited by Intel chips. 2950X's extra boost capability gives it a small lead over 1950X but, as one can clearly see, the Core i9-7900X is way faster. 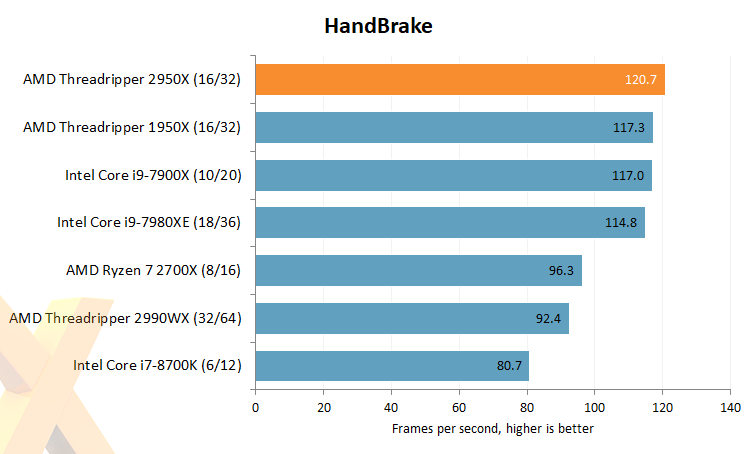 Our standard video-encoding test scales well enough to 32 threads but struggles beyond that. Such knowledge is important in appreciating why the 2950X finishes top, closely followed by 7900X. If the application's sweet spot is 32 threads, the 2950X is always going to do well. 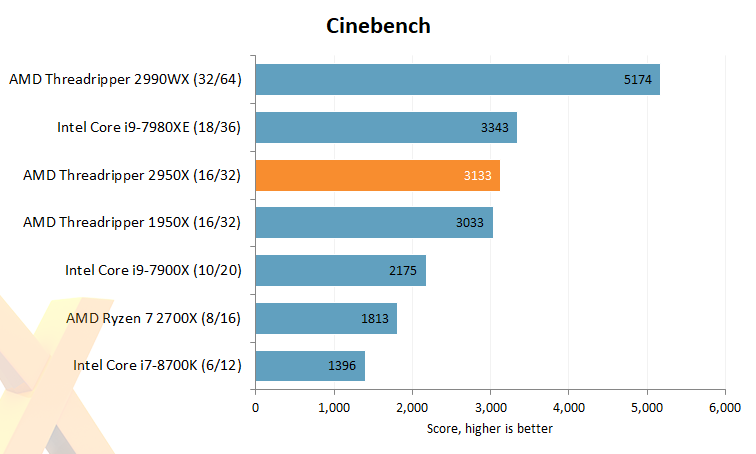 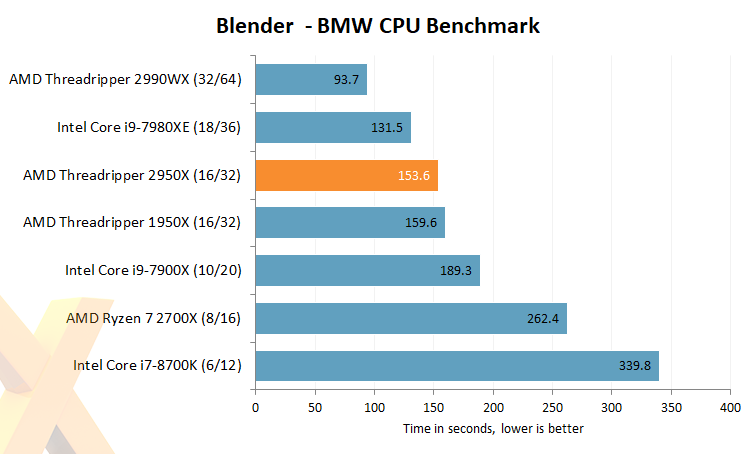 The gap between 2950X and 1950X isn't huge, most likely down to us using very competent cooling on both processors. Compared to Intel, having oodles more threads does the business once again.