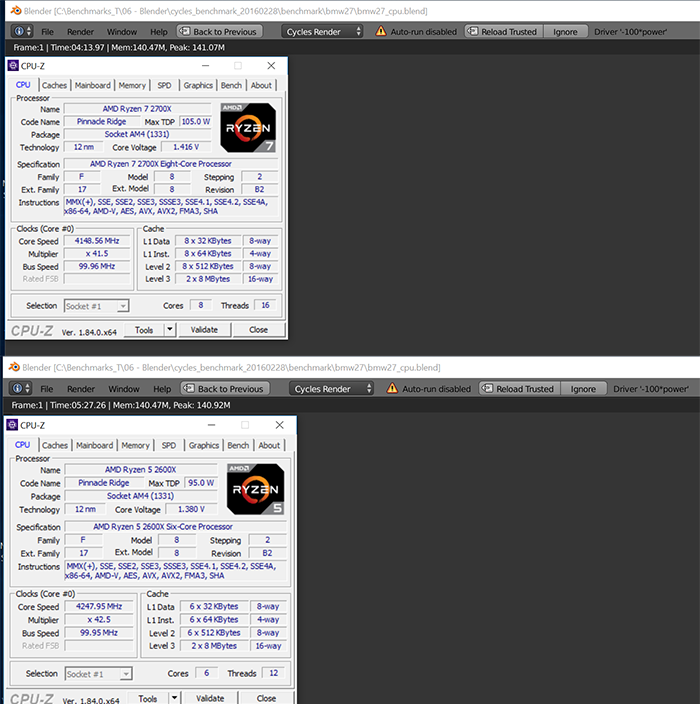 We overclocked both sample chips by turning off the core-boosting feature, increasing the voltage to a pretty conservative 1.4V, and then inching up the all-core clock. Basic stability was evaluated as a pass of the Blender test that takes several minutes to complete.

Our Ryzen 7 2700X sample settled at an all-core 4.15GHz and Ryzen 5 2600X at 4.25GHz. We could run up to 100MHz higher on shorter benchmarks and with 1.45V active, but our reported figures ought to be stable for system builders and longer-term usage. 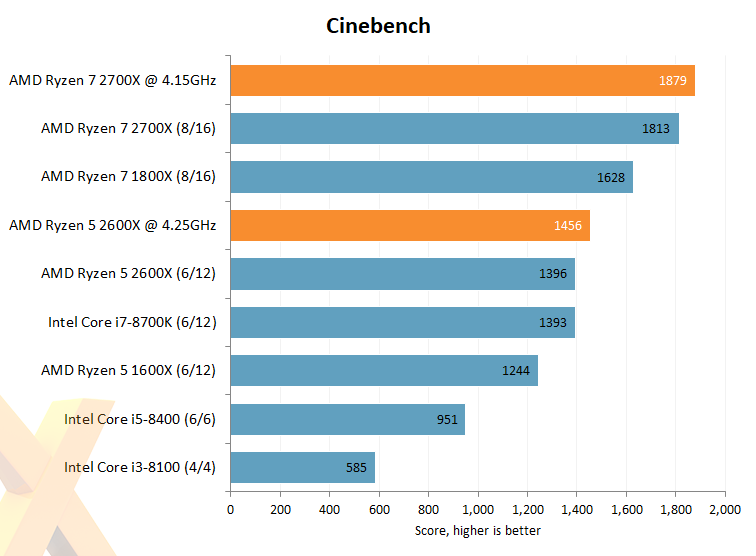 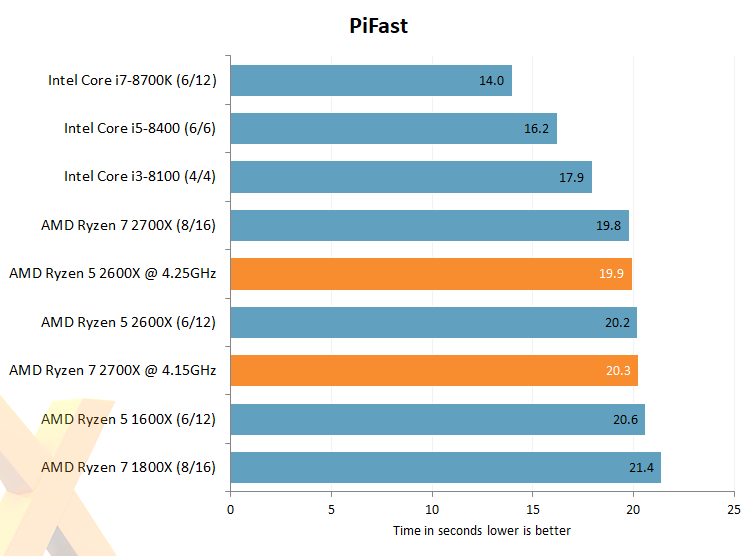 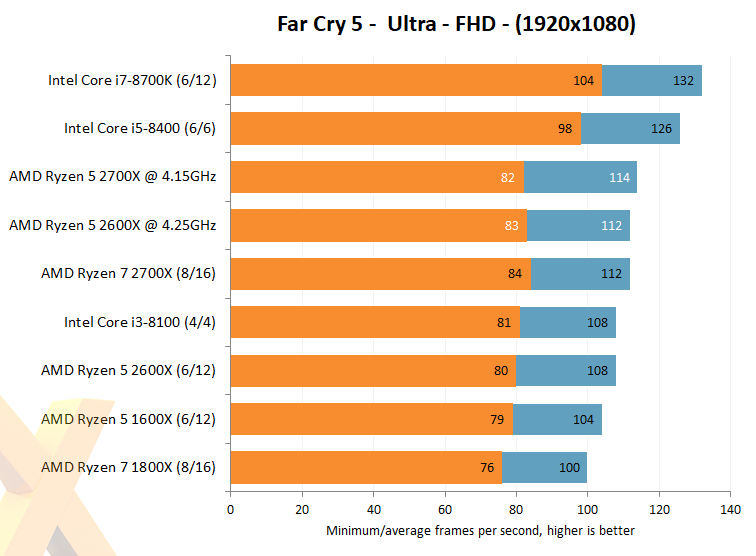 You may be thinking that performance improvements are barely any better than stock speeds. That's true, of course, and it's down to how relatively well Precision Boost 2 is able to harness all-core frequency at default speeds. AMD is also playing fairly close to the frequency ceiling with the default specs.

Secondly, the PiFast number goes down because we are running at maximum all-core speed, which is lower than what PB2 boosts to for one or two cores. Lastly, gaming gets a slight uptick.