Noctua's reputation for high-quality coolers is well deserved. The Austrian firm has repeatedly demonstrated its expertise through a wide range of premium products, and we're always happy to recommend one of the firm's coolers; the admirable NH-U12A is a current favourite at HEXUS HQ.

But these are typically high-end solutions, and the £90 price tag of the NH-U12A places it firmly in the enthusiast category. In an effort to appeal to a wider range of customers, Noctua has introduced a more affordable line of coolers launched under the Redux umbrella. 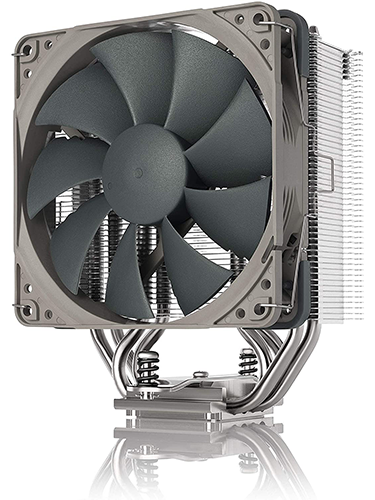 The first product off the production line, the NH-U12S redux, is described as "an award-winning, proven CPU cooler, reduced to the essentials." That reduction is immediately reflected in the price tag. While the existing NH-U12S fetches £63 at retail, the redux edition will set you back just £44.

A 30 per cent saving is not to be scoffed at, but of course there are concessions to be made, particularly with regards to packaging and bundle. Whereas traditional Noctua coolers are shipped in beautiful boxes with all the fixings in their own labelled compartments, the NH-U12S is a simpler affair. That's not to say the packaging is bad, mind, it's in keeping with most other CPU coolers and as such doesn't feel in any way special. The same is true of the bundle, which includes no spare fan clips, no low-noise adapters, and no spare NT-H1 thermal paste. All you get is what's pre-applied (in an admittedly nice honeycomb pattern) to the nickel-coated copper contact plate.

A minimalist bundle is a key change, yet the cooler itself looks to have been built to Noctua's typically high standards. Indeed, at first glance you may even mistake the heatsink for the existing NH-U12S. The aluminium tower still measures 158mm (H) x 125mm (W) x 45mm (D), and with the fan attached, total weight is identical at 755g. Heck, using Noctua's own Standardised Performance Rating (NSPR), both the NH-U12S and NH-U12S redux are given a matching score of 129.

It is on closer examination that some of the alterations become apparent. The number of heatpipes has been downgraded from five to four, the heatpipes and fins are no longer soldered together (resulting in four visible screw-heads on the top plate), and to balance out any performance discrepancy, the bundled fan has been switched to a grey NF-P12 redux-1700 PWM. The higher-speed 120mm blower promises to provide an increase in maximum airflow (120m³/h vs. 93m³/h), but does so at the expense of a little more noise (25.1dB vs. 22.4dB). 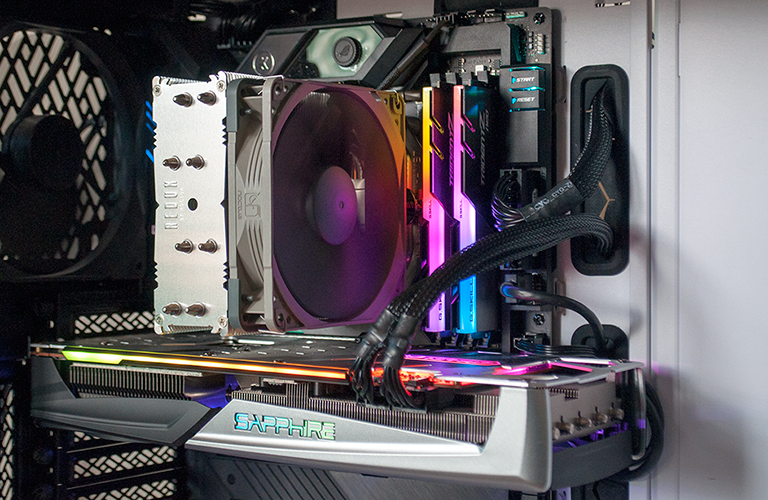 Similar performance, a tad more noise and a streamlined bundle seems about right at the £44 price point, and Noctua has retained a lot of what was good about the original NH-U12S. The redux edition utilises the same SecuFirm2 mounting kit, which in our estimation is one of the most user-friendly systems on the market, and in addition to supporting all the latest Intel and AMD sockets bar Threadripper, Noctua has confirmed that future mounting upgrade kits "will be provided free of charge if technically possible." That long-term outlook is bolstered through a standard six-year warranty.

Installation on our AM4 test platform proved very straightforward - it's simply a case of attaching the supplied mounting brackets to the motherboard's existing backplate and then securing the heatsink in place. You do need to remove the fan prior to installation, but there are only half-a-dozen screws to fasten, and with the thermal paste already applied, the whole process can be completed in a matter of minutes. Better still, the NH-U12S redux is sized such that you're highly unlikely to run into any compatibility issues. Height shouldn't be a problem for any modern chassis and the cooler keeps well clear of the graphics card and memory slots; tall modules will slot in unobstructed. 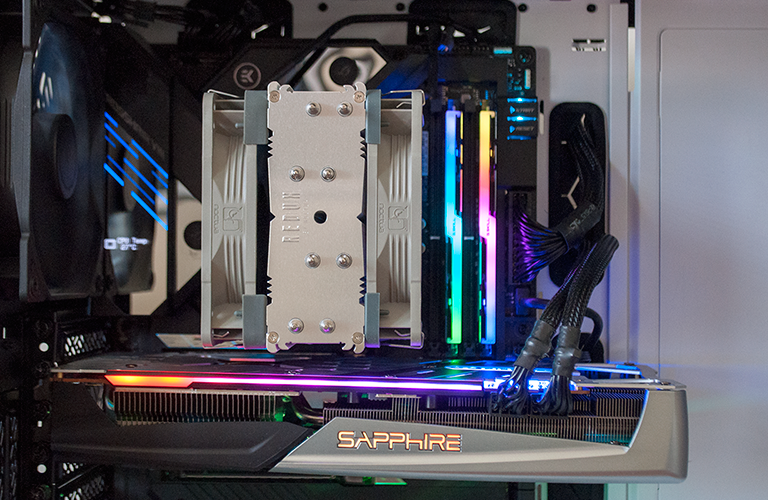 You might argue that the redux is better looking than the regular NH-U12S - grey fan(s) certainly blend better into most builds than signature beige - and the embossed REDUX logo on the top is a nice touch. What else is worth knowing about? Well, the optional NA-FK1 redux second-fan upgrade kit, priced at £15, is worth a mention.

Noctua was kind enough to send one along and the second NF-P12 redux-1700 PWM fan comes bundled with thicker anti-vibration pads, a pair of fan-mounting clips, a 4-pin splitter cable for attaching both fans to a single header, as well as two low-noise adapters. A worthwhile option for performance enthusiasts? Let's run the benchmarks and see what's what.