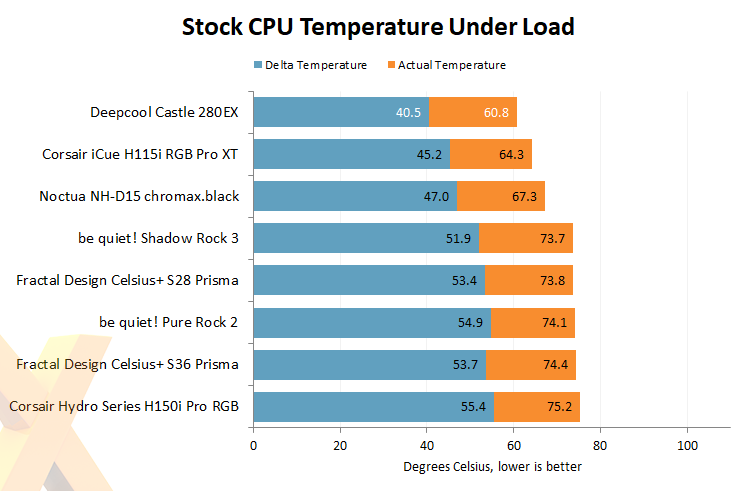 Our benchmarks begin with the 105W AMD Ryzen 9 3950X CPU running at stock speeds. We use the popular and open source Blender creation suite to render the taxing Victor scene and record the average CPU temperature from the last five minutes of 100 percent load.

We thought the Deepcool would do well, but hands up, how many expected the Castle 280EX to top the charts by a healthy margin? There's no doubting the cooler's ability to dispel heat, though there is a snag... 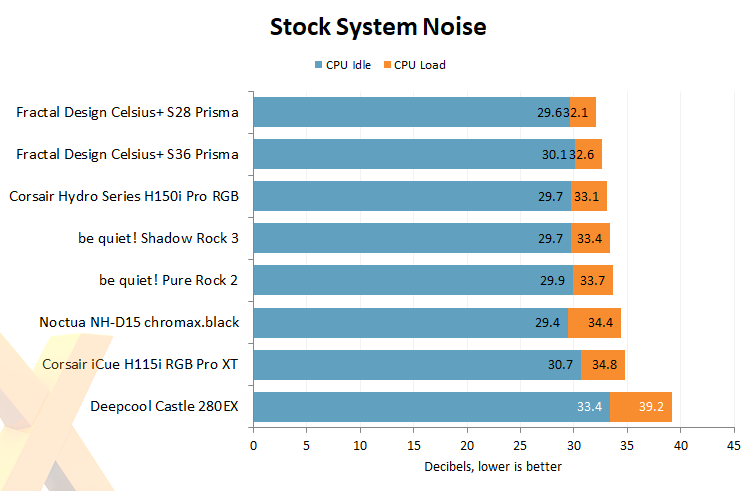 Remember how we said the onus is on BIOS to control fan speed? Well, that's not necessarily a good thing. Even with both radiator fans set to Silent in the Asus BIOS, noise levels are constantly fluctuating and range from audible to quite distracting. There's a reason most AIO manufacturers now choose to run their own internal fan profiles, and Deepcool needs to follow suit. 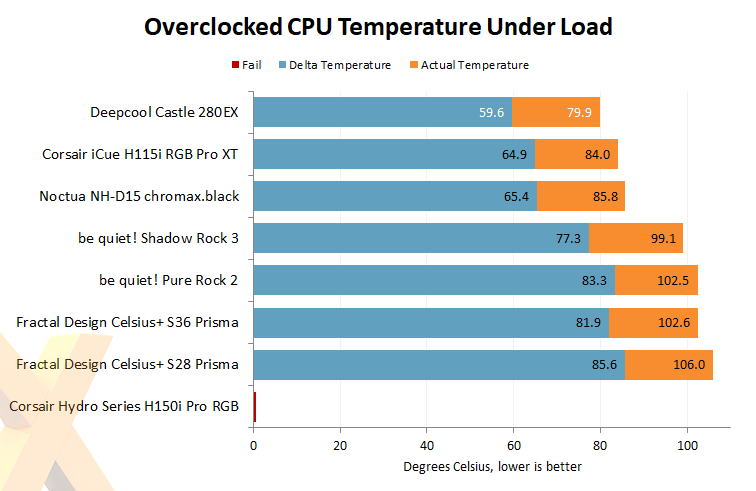 These results demonstrate the balancing act that any CPU cooler has to perform. The Fractal Design Celsius+ S28 Prisma, for example, chooses to keep noise levels down to an absolute minimum, but as a result core temperature climbs to a toasty 106ºC when overclocking. In stark contrast, Deepcool's Castle 240EX lets the pump and fans run free, resulting in a much cooler, albeit much noisier, operating environment. 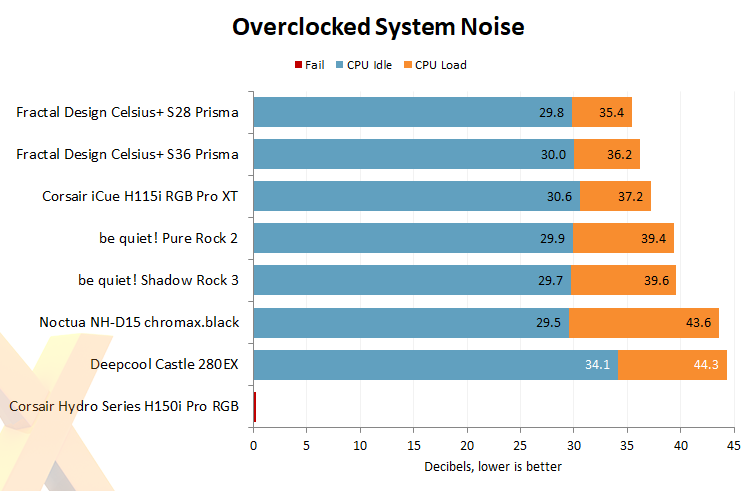 There are no two ways about it, the cooler gets quite loud using standard fan settings, and you'd want to spend some time in BIOS to quieten things down.