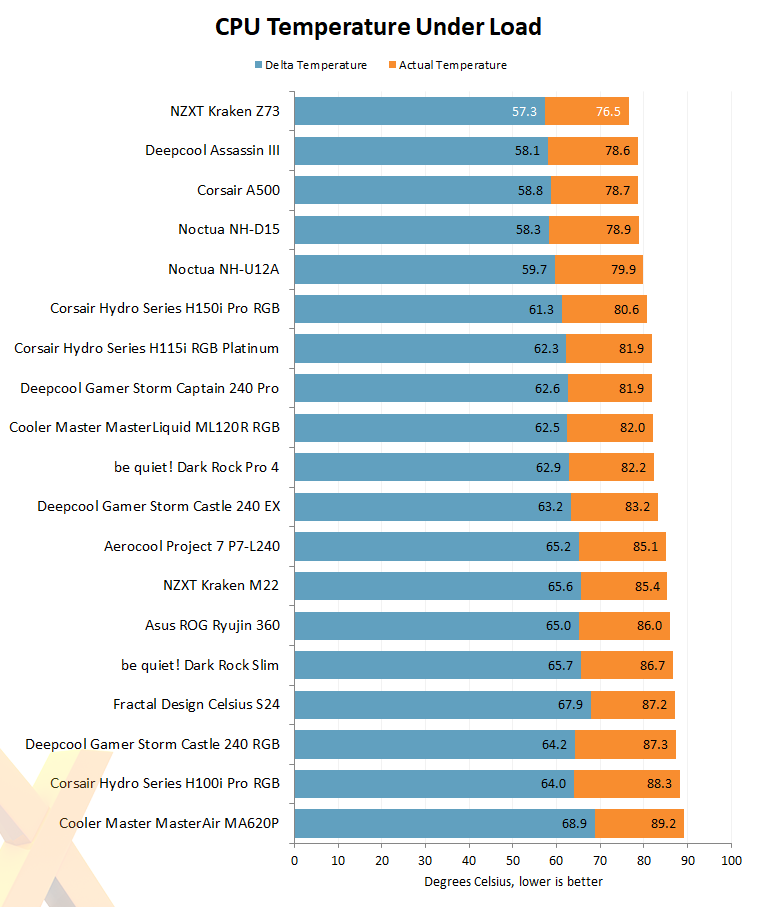 The top of the chart is where you'd expect this £250 cooler to feature. Kraken Z73 obviously has what it takes to shift a good amount of heat away from a high-end, overclocked CPU, but there is a snag in that NZXT's default cooling profiles are overly aggressive. 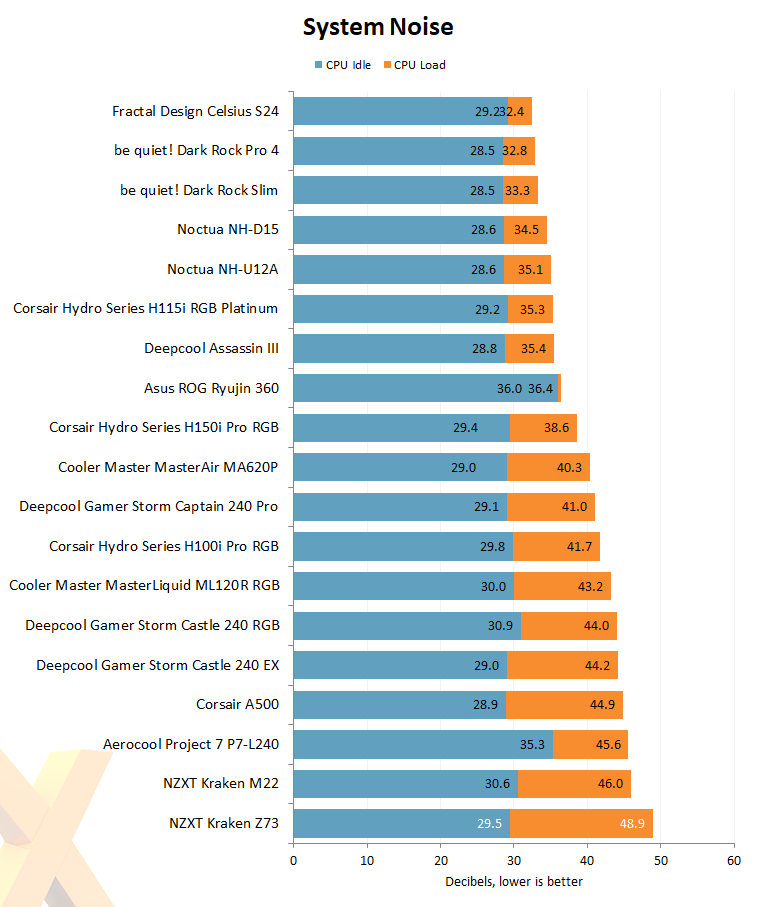 Being both the coolest and the loudest isn't an ideal combination. Why is the Kraken Z73 so vocal? Well, the out-the-box 'Silent' profile is by default set to crank fan speed up to 100 per cent (2,000RPM) as soon as temperature climbs above 60ºC. Under load it is no quieter than the 'performance' mode, and we can't help but feel as though NZXT has been lazy in creating its standard fan curves.

Out-the-box noise levels could and should be lower, but creating a custom profile thankfully isn't too much of a chore. With fan speed manually capped to 65 per cent, noise level was reduced to 36dB while temperature kept close to 80ºC.