The AOMedia Video Codec 1.0 (AV1) specification has been finalised and published. After nearly three years of work on this royalty free codec things should start to look up for 4K UHD and higher online video efficiency and availability as devices, software, and services are updated to support it.

In headline terms the new AV1 codec delivers HEVC and VP9 quality matching 4K UHD video "at an average of 30 percent greater compression over competing codecs". This royalty free codec has significant heavyweight backing so is almost a guaranteed success, and will gain wide adoption throughout the video and online streaming industry. The announcement press release features supporting quotes, or testimonials, from the likes of Amazon, AMD, Arm, Broadcom, Cisco, Facebook, Google (including YouTube, of course), Intel, Nvidia, Netflix, Microsoft, VideoLAN and more. 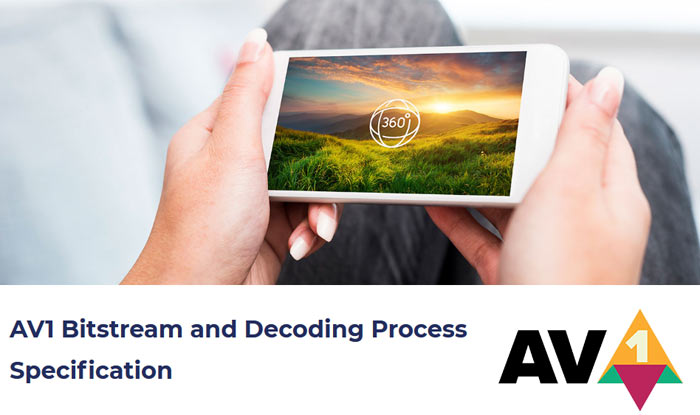 It is worth saying again that AV1 is royalty free. Device support for HEVC, for example, has been associated with varying levels of fees over the years and its patents are held by a number of companies. It isn't just the potential fees that hold back implementation it is the legal complexity and admin cost of calculating and paying off such fees. AV1 is open-source software and costs nothing to use.

As you might guess from the companies behind AOMedia's new AV1 codec, it is expected that AV1 will be used in very many ways, wherever an web service or app requires a video connection; streaming movies and TV, video chat, screen sharing, and video game streaming. Its greater efficiency could also help facilitate wireless VR and AR headset innovations.

The release of AV1 includes: 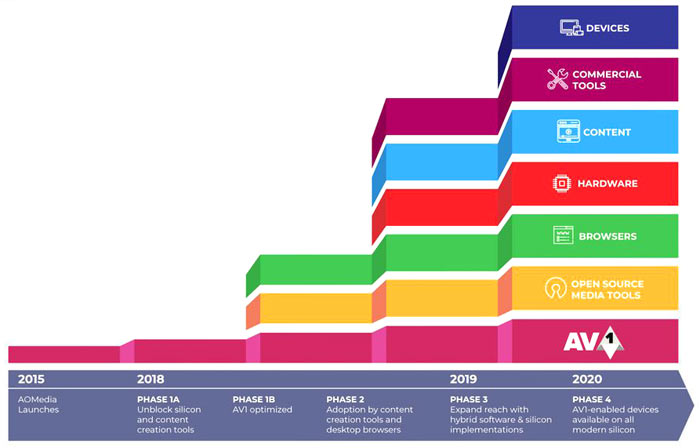 Support in major browsers is expected to appear through 2018 and 2019. Already Mozilla Firefox has a test version of the tech. It is expected to be an easy replacement for Google VP9 with that firm's control over Android, Chrome and YouTube. Some services like Netflix and Amazon will face more friction in updating apps and devices for AV1 support - but guidance is now available thanks to the standard specification.

Posted by aidanjt - Thu 29 Mar 2018 15:09
That's great news, finally some serious competition against HEVC.
Posted by lumireleon - Thu 29 Mar 2018 16:03
Wow soon Windows media player will be able to play anything like VLC
Posted by LSG501 - Thu 29 Mar 2018 17:18
Maybe it's me but while this new codec (yay ANOTHER codec requiring new hardware…) is going to be free, I can see hevc being made free or really cheap to ensure they get backing from the tv companies etc like samsung, lg etc, which funnily enough aren't mentioned as being in this group. This will cause the situation where all these companies like amazon, netflix and even youtube will need to support hevc for their tv apps (they're not going to give up on users just for a codec) which will mean that they'll just use it everywhere…


Do I like the idea of a single format that everyone supports, yes, do I feel we need YET ANOTHER codec that will likely need new codecs/hardware to run on pc/tv's etc, not so much.
Posted by siu99spj - Wed 04 Apr 2018 10:36
Obligatory: