Bitcoin has been in the HEXUS headlines quite a few times over recent months. Perhaps the most eye opening news has been in the currency’s meteoric rise in value (at the time of writing one BTC is worth US$7,211) and its greater adoption for commerce, but there’s been bad news too - mainly concerning the hacking of Bitcoin exchanges. 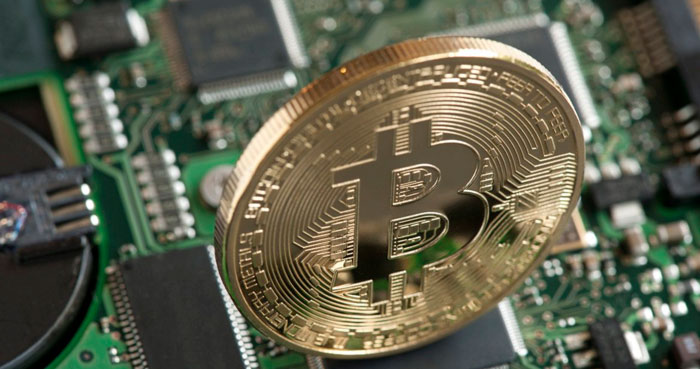 A critical feature of Bitcoin is its security, reports the MIT Technology Review. Cryptographic protocols mean that Bitcoins are very hard to copy or steal. What if that security wasn’t so impervious anymore? The development of quantum computers might be a factor that brings Bitcoin crashing down think some.

A group of researchers lead by Divesh Aggarwal at the National University of Singapore have been looking at the threat to Bitcoin that could come from quantum computers. Looking at the projected speeds and computational power of quantum computers the team reckon ASICs will probably maintain the competitive mining edge for the next 10 years or so. 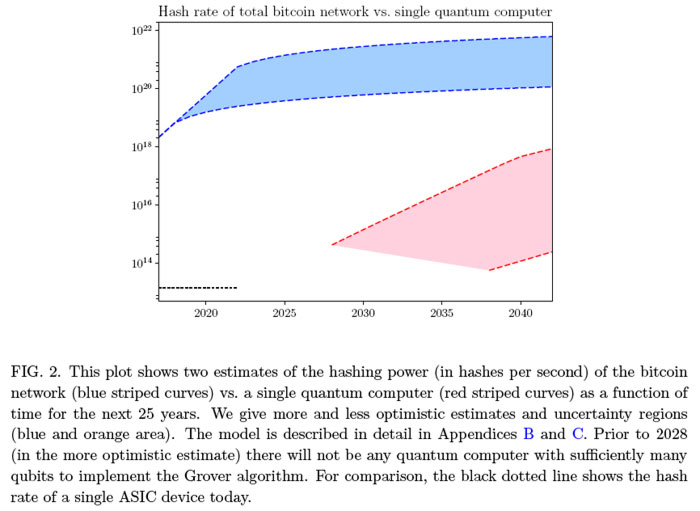 A statement from the researchers on this topic read as follows: “We find that the proof-of-work used by Bitcoin is relatively resistant to substantial speedup by quantum computers in the next 10 years, mainly because specialized ASIC miners are extremely fast compared to the estimated clock speed of near-term quantum computers”.

Further to the outpacing threat to ASICs, there is another problem on the horizon due to the ascent of quantum computing. The elliptic curve signature scheme is vulnerable to being cracked by quantum computers. Cheating the system, to calculate the private key using the public key, leveraging a quantum computer, “is easy” say the researchers. “The elliptic curve signature scheme used by Bitcoin is much more at risk, and could be completely broken by a quantum computer as early as 2027,” says Aggarwal. With this in mind the Bitcoin protocols should probably be changed to use a public-key scheme that is resistant to attack by quantum computers in the next few years. As part of their research, the scientists looked at the strengths and weaknesses of alternative schemes that could be used to secure this cryptocurrency.

To read in depth about Quantum Attacks On Bitcoin, And How To Protect Against Them, you can head on over to the Cornel University Library site and grab the PDF.

At least six variants of adverts for the Office Web Apps eat into your vertical space.

Proust (a man who liked to play with tenses in sentences himself) would never have written that. Maybe he didn't pay his proof-readers in dodgy dogecoin?
Posted by wazzickle - Thu 09 Nov 2017 18:08
Never imagined I'd hear Proust invoked in a thread about BTC
Posted by Kilmatead - Thu 09 Nov 2017 18:45
I like to think that disillusioned tech-editors always manage to hold on to at least one small literary aspiration when the twittering world around them has stripped the rest of their institutional dignity asunder. :)

I don't believe it for a second, of course, but I like to think it anyway. I imagine they're really just peering out through the opaque fishbowl gloom, hoping against hope that there are real readers out there… somewhere beyond the glass, cheering them on.
Posted by plexabit - Thu 09 Nov 2017 20:09

Kilmatead
I like to think that disillusioned tech-editors always manage to hold on to at least one small literary aspiration when the twittering world around them has stripped the rest of their institutional dignity asunder. :)

I don't believe it for a second, of course, but I like to think it anyway. I imagine they're really just peering out through the opaque fishbowl gloom, hoping against hope that there are real readers out there… somewhere beyond the glass, cheering them on.

Do you watch Rick and Morty? You sound VERY smart. :)
Posted by Kilmatead - Thu 09 Nov 2017 20:34
Considering I'm stuck at home hugging a hot-water-bottle convalescing from falling 9 feet through an asbestos roof and bouncing off a fork-lift to tumble another 4 feet onto cobblestones… rumours of my intelligence have been greatly exaggerated.

I can, however, now rather intuitively compute rag-doll physics better than any PhysX-Card-For-The-Win stalwart alive. :surprised:

So, more of a Stewie Grffin thing, if you know what I mean.

How far off topic do we have to get before we (lacking a quantum computer) can break a blockchain through sheer force of will? These boffins and their predictions always underestimate the power of the common-man's bad luck.

(And John Higgins is losing miserably to O'Sullivan… just not my week.)