Tidy hardware and mature software should result in a well-rounded fitness tracker, but there are pros and cons and Charge 2, at £110, doesn't do everything perfectly.

One of the first grievances is QuickView, which is intended to wake the device when you turn your wrist toward you. I found it unreliable at times, forcing me to wave my arm around trying to get it to trigger, but the feature becomes even more annoying at night, where a toss or turn can wake the display, illuminating the room and waking any light sleepers. I'm surprised Charge 2 doesn't have a night mode that keeps the screen off between certain hours. My only workaround thus far has been to disable QuickView entirely - it isn't a feature I miss - but do be aware that it can only be turned off from Fitbit's web interface; there's no toggle switch in the mobile app. 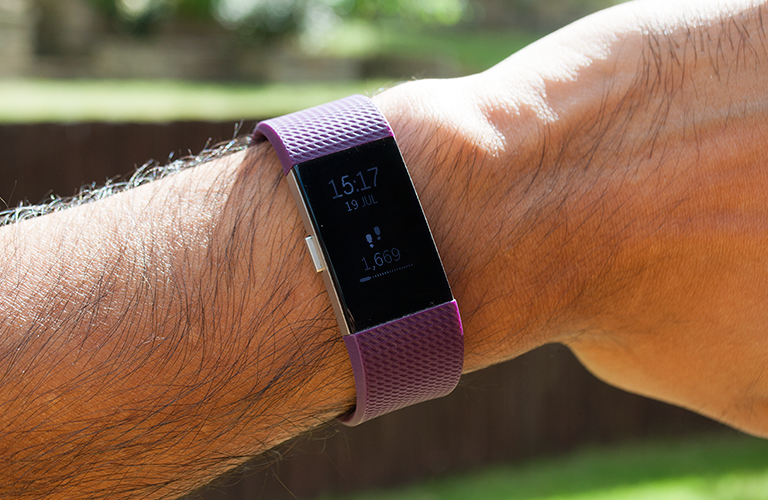 QuickView aside, Charge 2 is suitably unobtrusive. Fitbit's standard 'elastomer' strap feels comfortable during everyday wear, the entire device weighs just 33g and I personally don't mind sleeping with it on, however if you sweat profusely it can get hot and sticky during a workout. The rubber-like bands are easy to clean, as is the screen, though while our review sample still looks like new after a few weeks, the jury is out on how well it will hold up against scratches in the long term.

I was worried that a wearable would become a hindrance but Charge 2 does well not to interfere. In an effort to do most things automatically, Fitbit has implemented SmartTrack, a feature that attempts to recognise certain exercises and begin recording data without any user intervention. It does work - SmartTrack kicks in when I'm at the gym or out hiking - but it rarely assigns the right exercise, so you inevitably end up spending some time editing recorded activities from within the app. 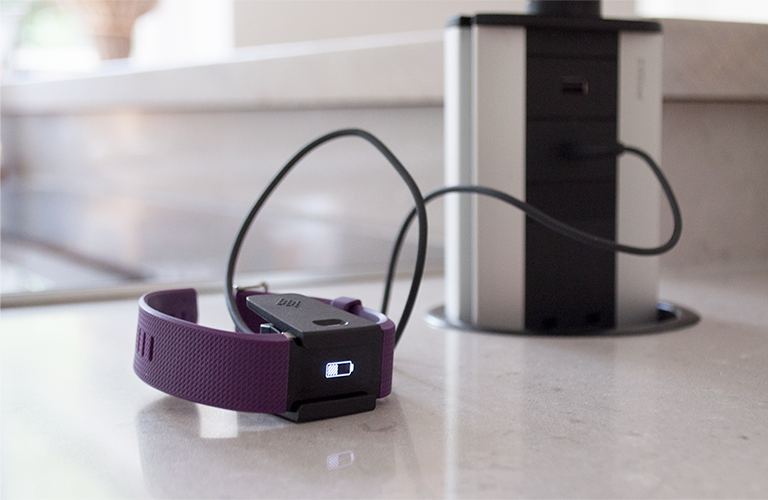 It is for the most part a user-friendly experience. Having to remove the device when showering is a bit of a pain, and that's something we suspect future models will remedy, but there are nice touches throughout - the vibration-based silent alarm in particular is a nice way to wake up - and we're pleased to find that battery life is better than expected.

Fitbit officially quotes "up to 5 days" of use from a single charge, but I'm managing to go further than that with QuickView disabled and All-Day-Sync enabled, charging only once a week. Battery life is good, the bundled USB charger is quick and secure to attach, and Charge 2 goes from empty to full in under two hours.

Charge 2 is a go-to choice for anyone trying to get off the couch, but it also introduces a few niceties for those who intend to take fitness a little more seriously. There's an option to choose between multiple workout types, including bike, elliptical, hiking and weights, and if you decide to record workouts manually, there's the ability to enable Connected GPS, whereby the band will gather GPS data from your smartphone to map your excursion with greater accuracy.

You do of course need to keep your phone with you, yet Connected GPS works as intended, giving Charge 2 even more data to play with. Question is - and it's usually a big question-mark - how precise is all of this information?

Wearable devices typically aren't as accurate as specialist equipment. Want precise heart-rate monitoring? Consider a chest-strap. Want to know exactly how you compare with regards to VO2 max? Then good luck finding a metabolic cart. Smartbands aren't going to be quite as accurate, yet they do a reasonable-enough job at a low price point, and we're impressed at how well Charge 2 works via Connected GPS.

In the above example, we have both the Fitbit and an older Garmin Forerunner GPS watch recording the same hike over the Long Mynd in Shropshire. Distance, elevation and average pace is almost identical on both devices, and hey, I'm not complaining that Charge 2 takes a slightly more positive approach; it reckons I've gone a little bit further, with a tad more elevation gain, and at a slightly quicker pace. Point is, it's close enough, and given that every Fitbit owner is likely to have a smartphone, it makes sense to piggy-back off the GPS as and when required.

That said, the addition of a heart-rate sensor does cause a large discrepancy between the reported calorie consumption of the hike - 900 vs. 579 - and I reckon the truth is that it is between those two figures.