On Wednesday an unlikely partnership was announced between Uber and NASA. The project they will collaborate on is dubbed ‘Uber Elevate’ and it concerns, yes, flying taxis. This project will evolve into a commercial offering called ‘UberAir’. Uber’s on-demand aviation service needs NASA, not for the vehicle tech, but for navigation and traffic system planning development, reports CNBC.

UberAir taxis will take off and lad vertically (VTOL) and operate at low altitudes. At the Web Summit tech conference in Lisbon, Uber said that it signed a Space Act Agreement with NASA for the development of "unmanned traffic management." This collaboration will be the cornerstone to these flying taxis operating safely at the planned low altitudes in major conurbations. It is reported that NASA is working with other companies to develop low altitude vehicle traffic management – possibly rival air taxi firms and drone / delivery firms. Chief product officer at Uber, Jeff Holden, said that “Combining Uber's software engineering expertise with NASA's decades of airspace experience to tackle this is a crucial step forward for Uber Elevate.” 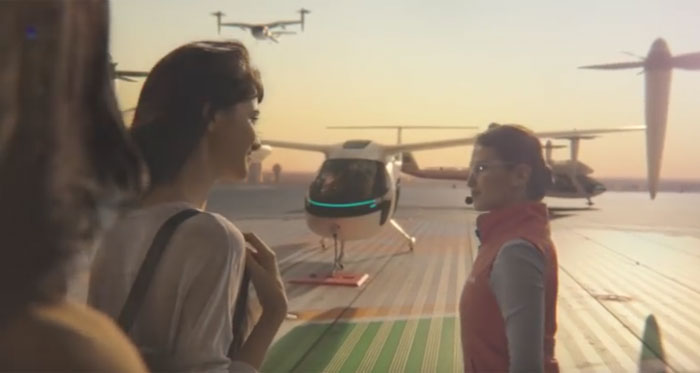 It is hoped that by 2020 the UberAir service will be running trials in Los Angeles, Dallas-Fort Worth, and Dubai. Uber is securing the various resources to make the project happen and these include; partnerships with aircraft manufacturers for vehicles, and real estate companies for VTOL sites, and with the likes of NASA for navigation and traffic planning.

The rollout of the UberAir service is going to be welcome in LA, reports The Verge. It quotes Holden as calling it one of the most congested cities in the world today. “They essentially have no mass transit infrastructure. This type of approach allows us to very inexpensively deploy a mass transit method that actually doesn’t make traffic worse,” claimed the Uber CPO. 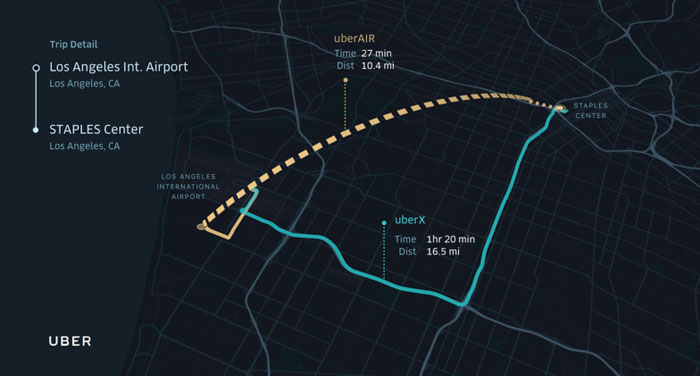 We don’t know which of the flying car developers might be courted by Uber, or indeed it might use a range of vehicles / manufacturers. Previous reports on HEXUS have mentioned flying car projects from the likes of Airbus and Lilium, but other major aerospace players such as Boeing are also known to be working on similar flying vehicles. The Uber flying cars are expected to be autonomous and offer trips costing as little as $20 with tens of thousands of flights per day. The UberAir service should be a staple of city transport systems by the 2028 Olympics in Los Angeles.

Posted by Ttaskmaster - Thu 09 Nov 2017 12:39
Awesome idea.
Confidence drops at the mention of Uber.
Not sure if it will make life in the future better or worse… Certainly gonna get awful crowded in my sky, though.

I'd think “one of the most congested cities in the world today” would be the worst place to trial this, as any failure and subsequently falling aircraft would have that many more people to hit on the way down… despite the various problems attributed to modern overpopulation.

Then again this is “Hell-A”, as one of my friends called it. “You will never find a more wretched hive of scum and villainy. We must be cautious”, as another said.
Posted by John Done - Mon 28 Sep 2020 10:26
While watching movies from the 90s it was like a dream to have a trip in a car that can fly. I know that there were lots of failures in a space mission and many people consider NASA as a source spending money, but without NASA we wouldn't be on such progress and haven't talked about the flying taxes but watching them in movies only.
Posted by ik9000 - Mon 28 Sep 2020 10:55

Uber plans to trial its flying taxis in LA, Dallas, and Dubai by 2020.

HEXUS
It is hoped that by 2020 the UberAir service will be running trials in Los Angeles, Dallas-Fort Worth, and Dubai.

Err, Is this a typo or have I gone back in time? I thought we're at end Sept2020 already?! wtf? to have them flying in 2020 they'd need a prototype out for testing and independent vetting. They'd have a lot more than the pretty render CGI to circulate for PR.

DanceswithUnix
Reads like the output of an AI bot to me. Except you would hope a bot could spot an ancient thread.

I would expect a bot to be able to spell taxis.